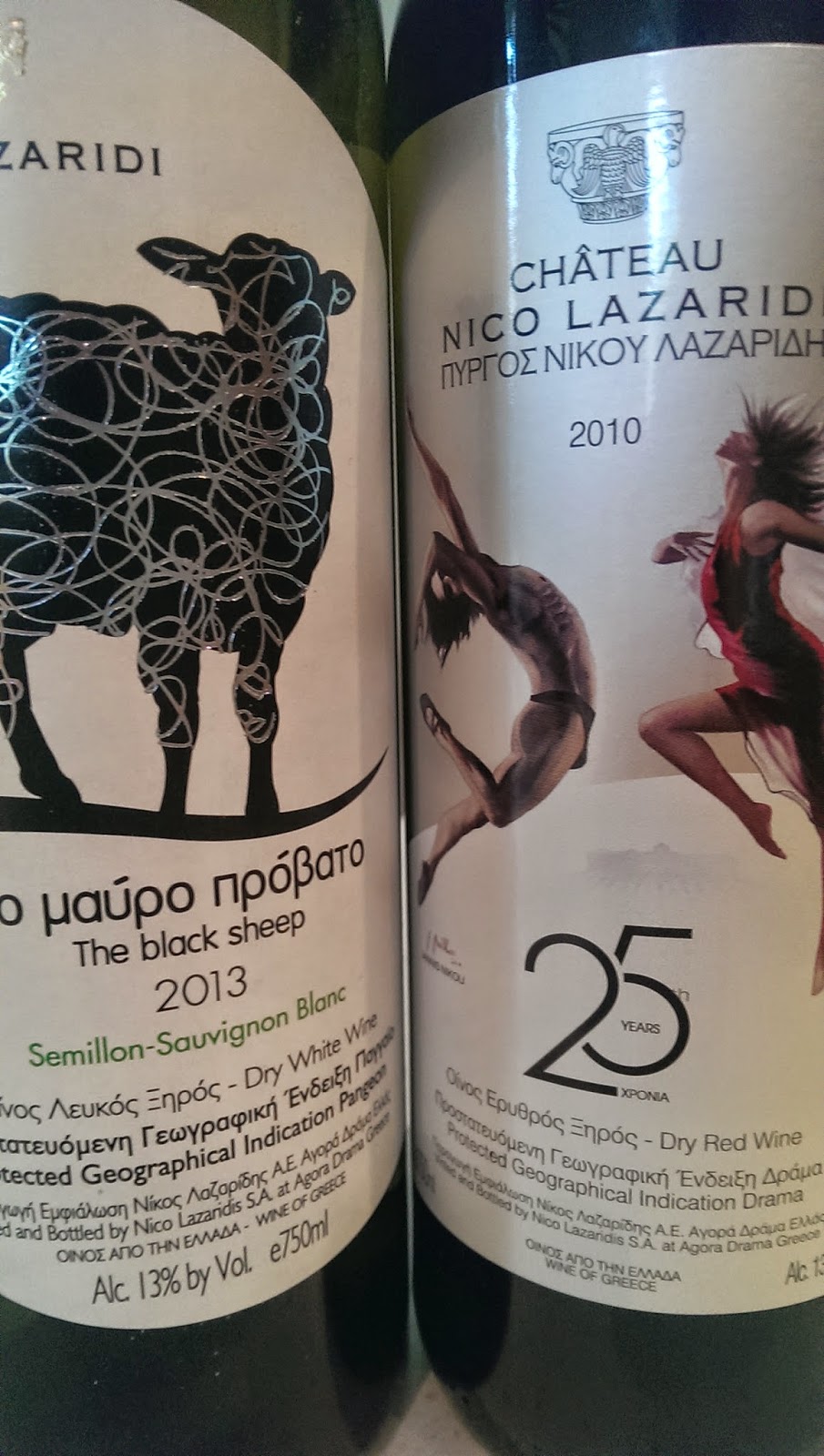 Two more wines from Greece's Nico Lazaridi, based in Drama - provided by The Greek Deli

Both these wines from Nico Lazaridi, based in the Drama region of northern Greece are precise, well-balanced and technically faultless; they are impressive, enjoyable and very well made indeed.

Are they distinctively Greek? No, not really. Does that matter? Not especially. In style they are perhaps more modern classic French than anything else - in a pleasing-but-serious sort of way. If you want something typically Greek - i.e. not mainstream in style - look elsewhere and go for a linear Assyrtiko or a surly Xinomavro.

The Black Sheep 2013 a white Bordeaux blend of Semillon and Sauvignon; golden sandy yellow with aromas of melon, tropical citrus and musky peachskins.Ripe, citrussy pineapple with a waxy, lanolin texture and aromatic zestiness - long, savoury and accomplished. Very well-balanced with nothing out of place.

Match with roast white meats, such as chicken or pork, or meaty white fish.

25 Years 2010 a Bordeaux blend of Cab and Merlot, vibrant ruby-garnet; blackcurrant, plum, coffee and tobacco aromas. Sweet, ripe black cherry and plum fruit with fresh acidity and roasted spices with a savoury minerality reminiscent of a good Medoc. Fine, gentle and perfectly-ripe tannins. Very long and well-rounded with a firmness on the finish.

A little closed up on first opening, it improves over the course of a couple of days, so will repay decanting or cellaring. Very Good.

Available in Cambridge at The Olive Grove.