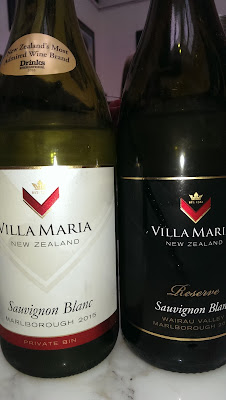 Villa Maria make some of the most reliably enjoyable wines you can find - they occupy a sweet spot; distinctive, affordable and approachable, there's nothing about Villa Maria for the general imbiber not to like.

I tried the new 2015 Sauvignon Blanc releases plus a few others with winemaker Nick Picone who had flown over to the UK for a whistle-stop tour.

Over lunch, as well as talking about the wines, Nick explained that Sauvignon makes up 75% of Villa Maria's plantings - which is fine right now while Sauvignon remains the UK's top white wine of choice, but could leave the company over-exposed to swift changes in fashion.

To counter this, Villa Maria also harvest a further 25 varieties, mostly commercially, but some just for fun. Nick's personal non-Sauvignon favourite is Chardonnay, but he feels there is already plenty of it elsewhere so it is unlikely to take off in a big way.

In the medium term, he sees great potential for New Zealand Pinot Noir and thinks Albarino has the right mix of distinctiveness and awareness to be a longer-term development for Sauvignon drinkers. 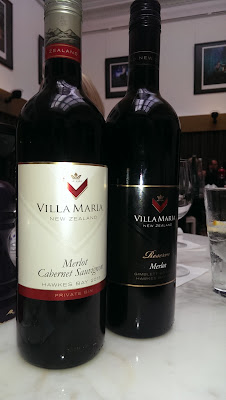 He does not rate Gruener's prospects, despite some very successful examples from Yealands, seeing it as too close to Sauvignon.

Reserve Wairau Valley SB 2015 (£15.35) from a single valley, there is passion fruit, mint and pungency; more textured, leesy and complex, with a muscular core.

An extraordinary vintage, in Nick's words - with a long-but-cool drought around harvest and long hang times as a result.

Private Bin Merlot / Cab (£13.30) juicy and fresh with trademark cherries and coffee grounds. No rough edges at all, but feels a little overpriced. 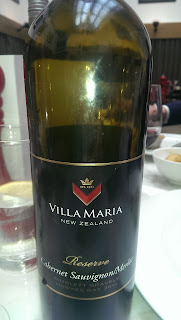 Lighter Pinot Grigio 2014 - a good, enjoyable lighter wine for sipping in the garden or lunchtime drinking. Has the hallmark Villa Maria quality feel and is not compromised by its lower alcohol status. I can't help feeling this would be better positioned as an "occasion" wine rather than as a somehow lesser version of the range.

Reserve Cabernet Sauvignon / Merlot 2013 similar in quality to the Reserve Merlot but with rather more oomph, I rather preferred this for its greater assertiveness.