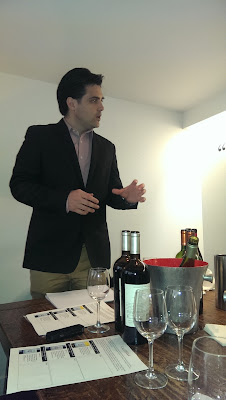 Caliterra is on a journey that stands as something of a microcosm for all of Chile.

Historically a partnership between Chile's Errazuriz and California'a Mondavi, Caliterra's wines have in the past often proved, like so many of Chile's, to be rather over-extracted, clumsily inelegant and generally disappointing.

Freed from the Mondavi influence and with a new winemaker since 2012, they are starting to produce some more interesting wines with a European sensibility.

Not everything is great - either at Caliterra or in Chile generally - but the best wines are starting to become quite interesting.

If there was a theme to this tasting, it was that Syrah does well - my two top wines both included Syrah in the blend.

Also of note was a Sauvignon Blanc fermented in stainless steel with some lees aging. 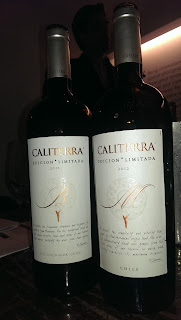 DSTNTO 2015 (£12) cardonic maceration gives a Beaujolais-esque juicy vibrancy. A better year than 2014, the alcohol is lower and, with the addition of some Syrah, the texture more supple. Good.

Caliterra Edicion Limitada "M" 2012 (£16) the M here stands for the Mediterranean Syrah and Carignan in the blend; there is also a small amount of Pinot Gris. Rich, ripe and full with dark fruit, spice and liquorice; supple adept and assured. Very Good.

The Bordeaux blend and varietal Malbec and Carmenere were all a touch grippy, drying and alcoholic - as if simultaneously trying too hard and not quite hard enough.