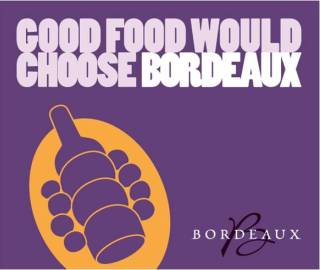 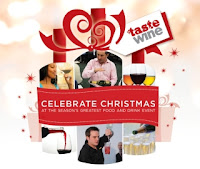 At the recent Taste of Christmas event in London's ExCel centre, I tried a range of Bordeaux wines that were designed to go with food.

The event itself, for which the Bordeaux Wine Council was the Wine Sponsor, was a celebration of all things Christmassy and foodie, with cheese, wines, chutneys, soups, breads and plenty more.

The two Bordeaux stands were located near the exhibition restaurants with the aim of suggesting suitable wines for the various foods on offer. I had already tried a range of the breads and cheeses and, ready for some wine, headed to one of the stands.

The wines were generally from the lesser Bordeaux appellations, making them more accessible and easy-drinking, and although it turned out not to be a conscious decision by the organisers, it seems many people were trying the wines before they ate, and so it had proven to be quite opportune.

The first wine, a Ducla, was for me the most intriguing - rich and mouthfilling, it was an unusual blend with a slight aroma of white pepper or cindery ashes; there was certainly something different and elusive there, but overall it was complex but subtle; quite a mixture of things with 42% Sauvignon Blanc, 29% Sauvignon Gris, 24% Semillon and 5% Muscadelle of which 50% was aged in new oak and 50% in old.

A bit of research after the show revealed that Sauvignon Gris does actually exist and is a less aromatic clonal mutation of Sauvignon Blanc.

The next white from Thieuly was Sauvignon Blanc-dominated, with a typical Sauvignon nose of fresh tropical fruit and gooseberries; crisp and ripe with good length and concentration it it full-bodied and dry with a slightly smoky finish.

The last white was a Calvet Prestige - 85% Semillon, rich and waxy, with some crisp acidity from the Sauvignon.

As I am learning (much to my surprise), rosé from Bordeaux can actually be surprisingly serious; a Chateau Méaume made from mainly Merlot was rich, mouthfilling and long, a good match for food.

The first of the reds, an Argadens Bordeaux Superieur from 2006, was Merlot-based and has a silver medal. With an earthy, truffley nose and a soft texture, it was fruity and approachable.

Another unusual wine was a 2007 Civrac from Cotes de Bourg in a distinctly modern style; it has a plain, monochrome label, is aged in Spanish oak, and is almost Rioja-like with lots of vanilla on the nose, red fruit, fine tannins and a soft texture.

The Baron La Rose 2006 was 60% Merlot, with 30% Cabernet Sauvignon and for body and 10% Cabernet Franc for perfume. Made from vines at least 20 years old, it has a typically earthy Merlot nose, is light and plummy in the mouth and has a Decanter Bronze Medal.

The final red was a much more serious and interesting proposition - a 2008 Chateau du Gazin from Canon Fronsac. Like the other reds, this was Merlot-dominated with 7% Cabernet added and 3% Cabernet Franc. With liquorice, spice and a hint of cigar box, it was for me, the most interesting of the reds and has a Gold from Macon.