Networking - Talking About Writing About Wine on the Internet 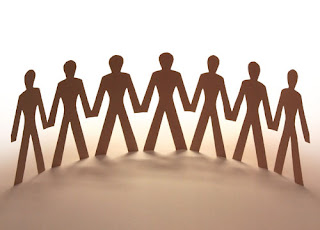 I recently went to a university alumni event in central London; organised by my alma mater's Alumni Relations team, around 100 graduates now working in media met in The Langley in Covent Garden, a venue with a cool, retro style (according to its website), and therefore eminently suitable for media types such as myself.

There was a fairly broad, inter-related cross-section of backgrounds, but I found that people were much more interested when I described myself as a wine blogger than when I mentioned my day job as a company director in PR.

It's certainly more interesting to talk about; however, the fact remains that, at least at this stage, wine writing remains a hobby rather than something than that will pay the mortgage and school fees - even if it is a hobby on which I spend rather more time than I should.

Somebody asked if I was planning to review the wine that was being served. I wasn't, but for the record it was a typically crowd-pleasing and above average Languedoc red - perfumed, fruity, balanced with a good finish.

As seems inevitable at these sorts of events, it was served a couple of degrees too warm and was a touch flabby as a result - the canapés were all wrong, too; fried spring rolls and red wine are not a match made in gastronomic heaven. But it was a networking event for media types and not a wine-appreciation evening.

Now, although I work in a client-service business, mine is not a client-facing role so I am not used to schmoozing and generally prefer writing about wine to talking about myself. However, I sought out a couple of fellow freelance journalists (i.e. people who actually make a living out of writing rather than mere dilettantes) and talked to them about getting published and writing in general.

I learnt a lot, and am especially grateful to one freelance art writer who patiently answered my questions about whom generally to approach and which aspects of writing to focus on; whilst thanks must also go to my university's Business School for organising the event and inviting me.

I am seriously considering asking to be put down as "Wine Writer" for the next event - it gives instant instant credibility as more or less everyone is interested in wine and social media, even if it in my case it is akin to a pimply teenager who only plays guitar in a garage band claiming to be a rock star. 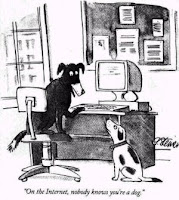 There's a saying that on the internet nobody knows you're a dog. Maybe at networking meetings, nobody need know you're really a bean-counter.