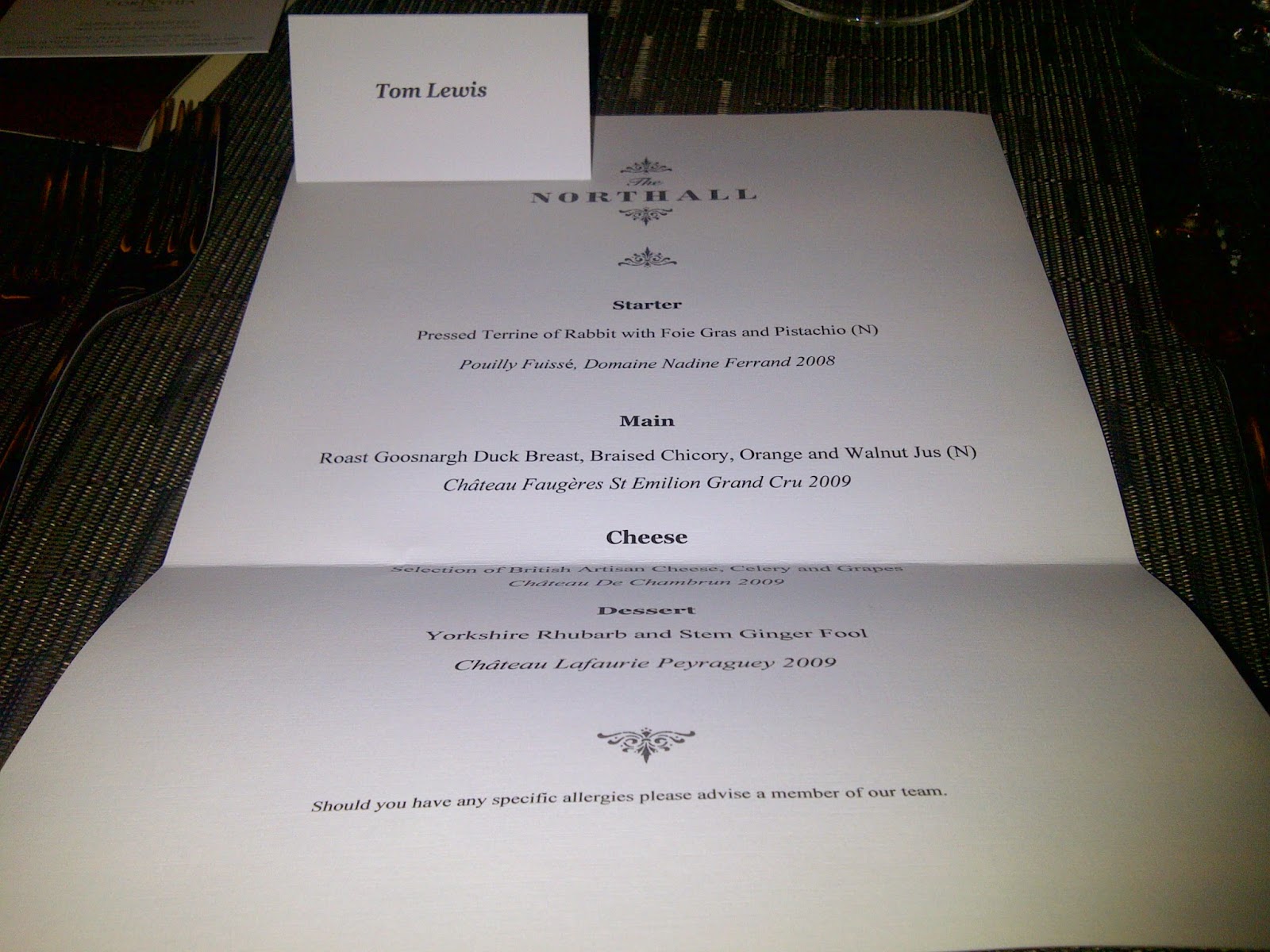 A review of a winemaker dinner in the Northall Private Dining Room at the Corinthia Hotel, London, featuring Domaine Nadine Ferrand and Château Faugères

Situated in the very heart of London, close to the River Thames, Corinthia London is the undisputed jewel in our crown ... This grand Victorian building, dating from 1885, has been given new life with fine rooms, stylish suites and imaginative penthouses offering state-of-the-art 21st Century luxury

The Corinthia Hotel is launching a season of winemaker dinners; I was invited to the inaugural dinner showcasing wines from Burgundy and Bordeaux.

Overall, the standard - of food, wine, pairing, ambiance, everything- was very good, especially considering that this was a kick-off event; however, I sense the hotel's ambitions go beyond the merely very good and are aimed at being truly memorable. Based on this showing, they are not far off.

Domaine Nadine Ferrand is based in the Maconnais in southern Burgundy and, since 2000, has bottled all its own wines, rather than selling in bulk; the estate has 10ha in five appellations. The domaine was represented by winemaker Nadine Ferrand herself, plus daughter Marine who also works in the business.

Château Faugères is based in Castillon and dates back to 1823; it has been a Grand Cru Classe since 2012 and was represented by Commercial ManagerAntoine Michel. Château De Chambrun (Lalande de Pomerol) and Château Lafaurie Peyraguey (Sauternes) are both under the same ownership. 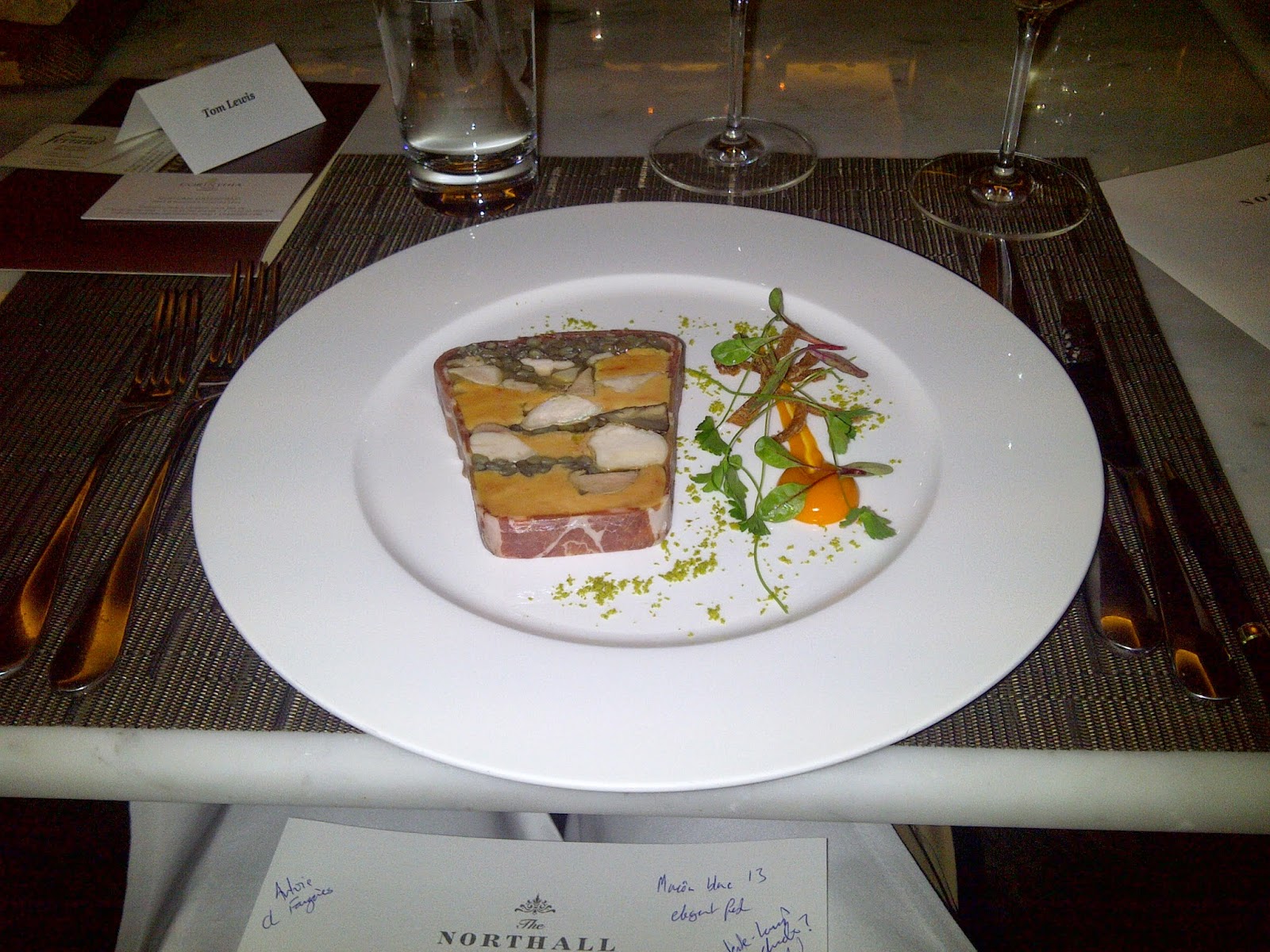 Rich and gamey, this was a modern take on traditional Burgundian ingredients - well-flavoured and deliciously indulgent, but light and freshened up with herbs. 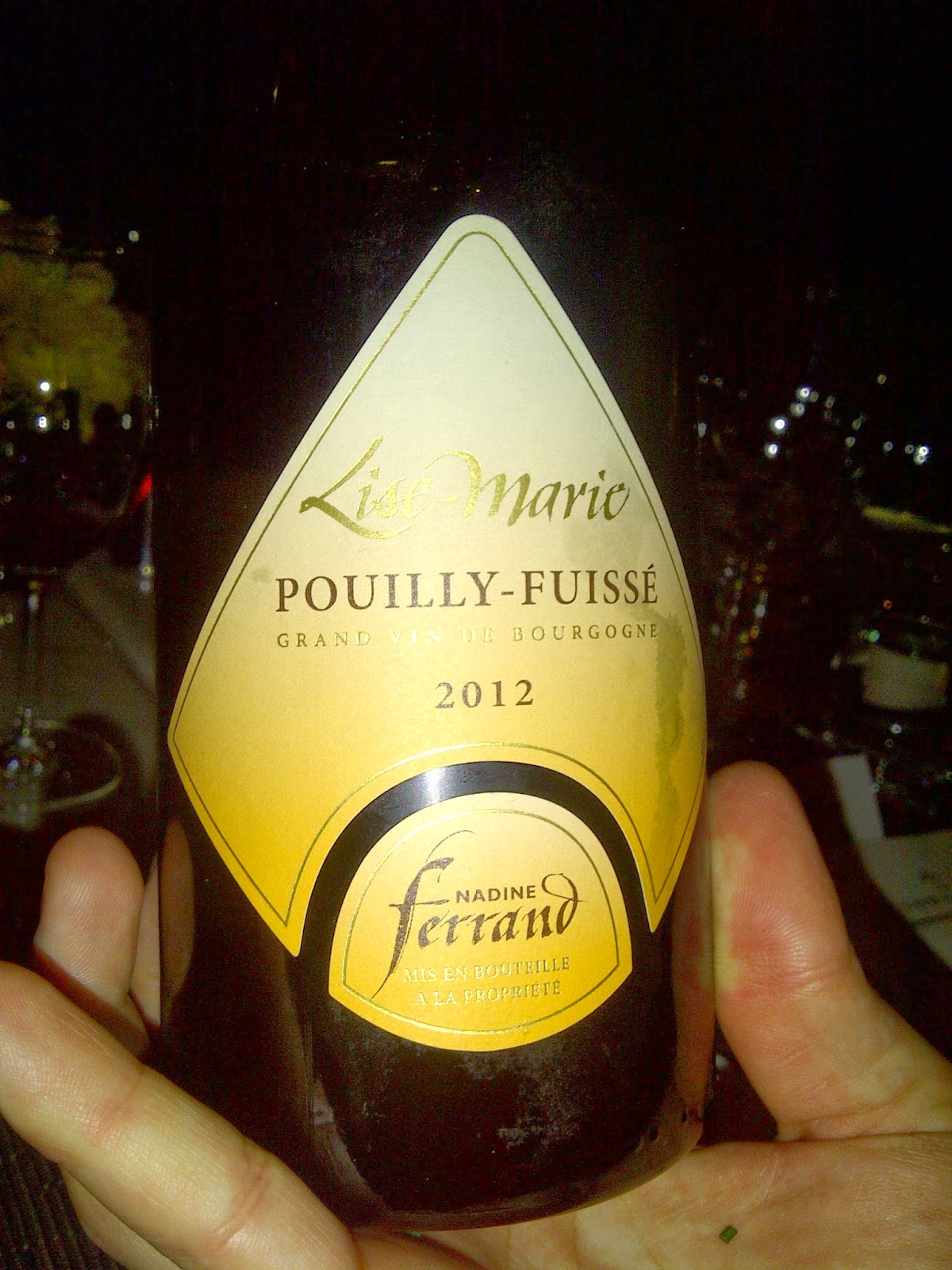 Nadine's Pouilly-Fuissé showed sweet spice and muskiness on the nose with citrus, tropical fruits and minerality on the palate. Elegant and long. Good.

It proved a good match, but was just slightly overwhelmed by the richness of the food; something a touch bigger, oakier and older would have been spot-on. The duck breast - meaty, delicious and perfectly cooked - worked brilliantly with the freshness of the wine.

2009 was, according to Antoine, a perfect year in St Emilion and it showed - a complex nose, it was concentrated with cherry fruit, coffee grounds, freshness and substance.

Well-balanced, elegant and assertive, it is a superb food wine drinking well now. And will only improve with age. Very Good. 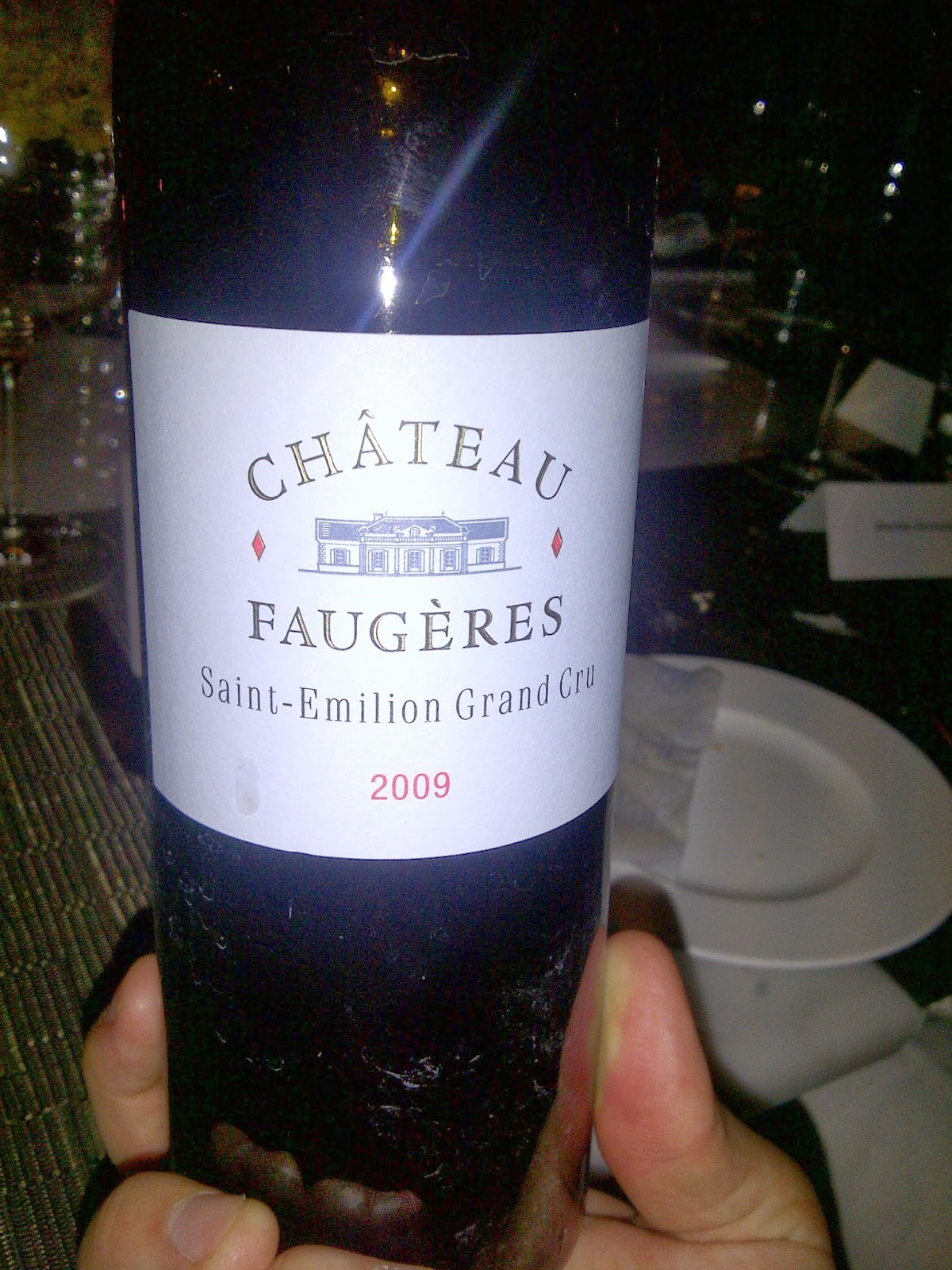 As to the accompaniments, the bitter chicory and orange-based jus sort-of worked, but also not quite.

Sour cherries are more of a traditional match with duck breast and may well have been a better fit with the food and especially the wine. 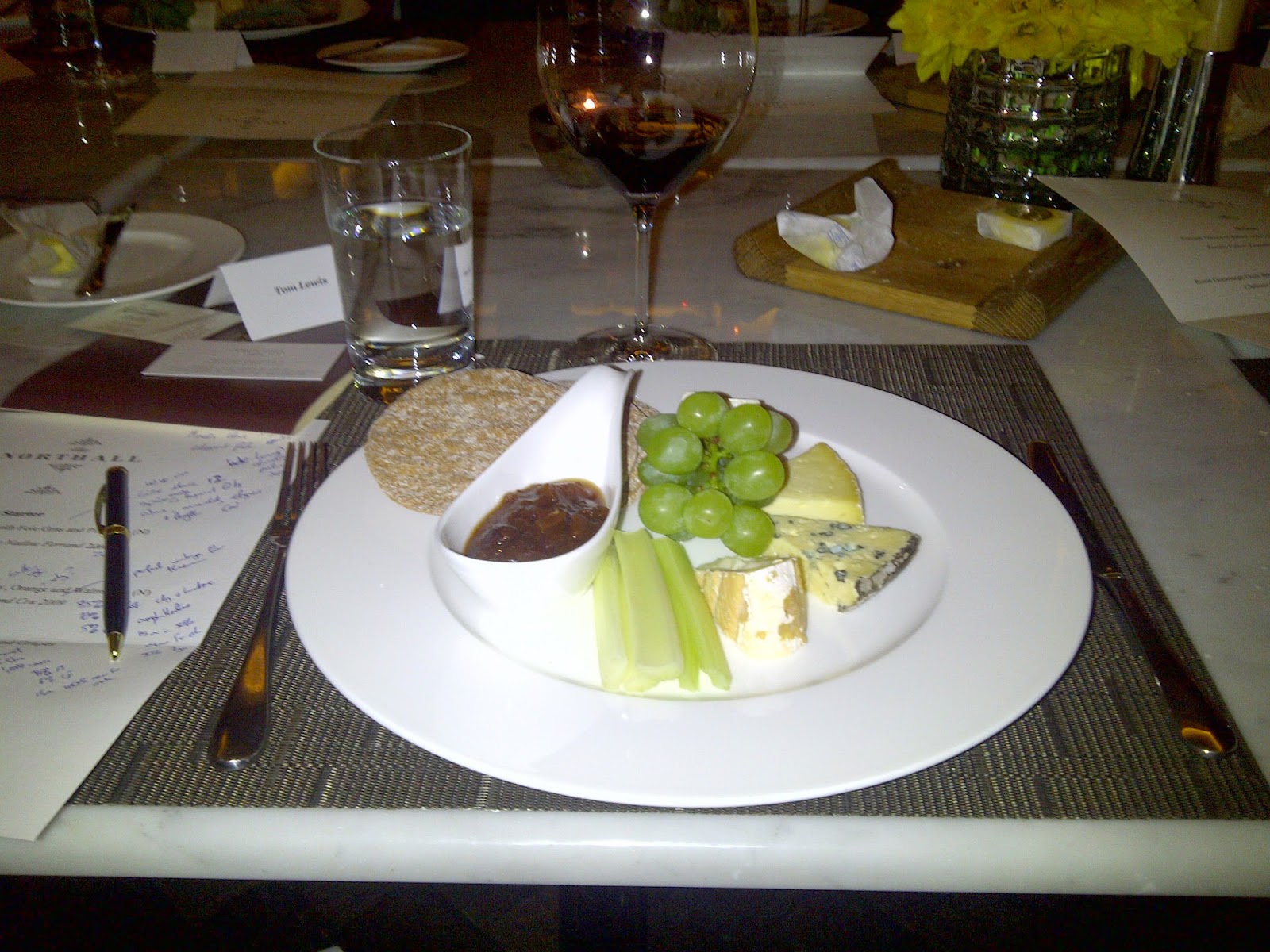 A case of the whole being less than the sum of the parts here - I have never quite understood the pairing of cheese with young Bordeaux; I know it is considered traditional, but for me it is a gastronomic car-crash. 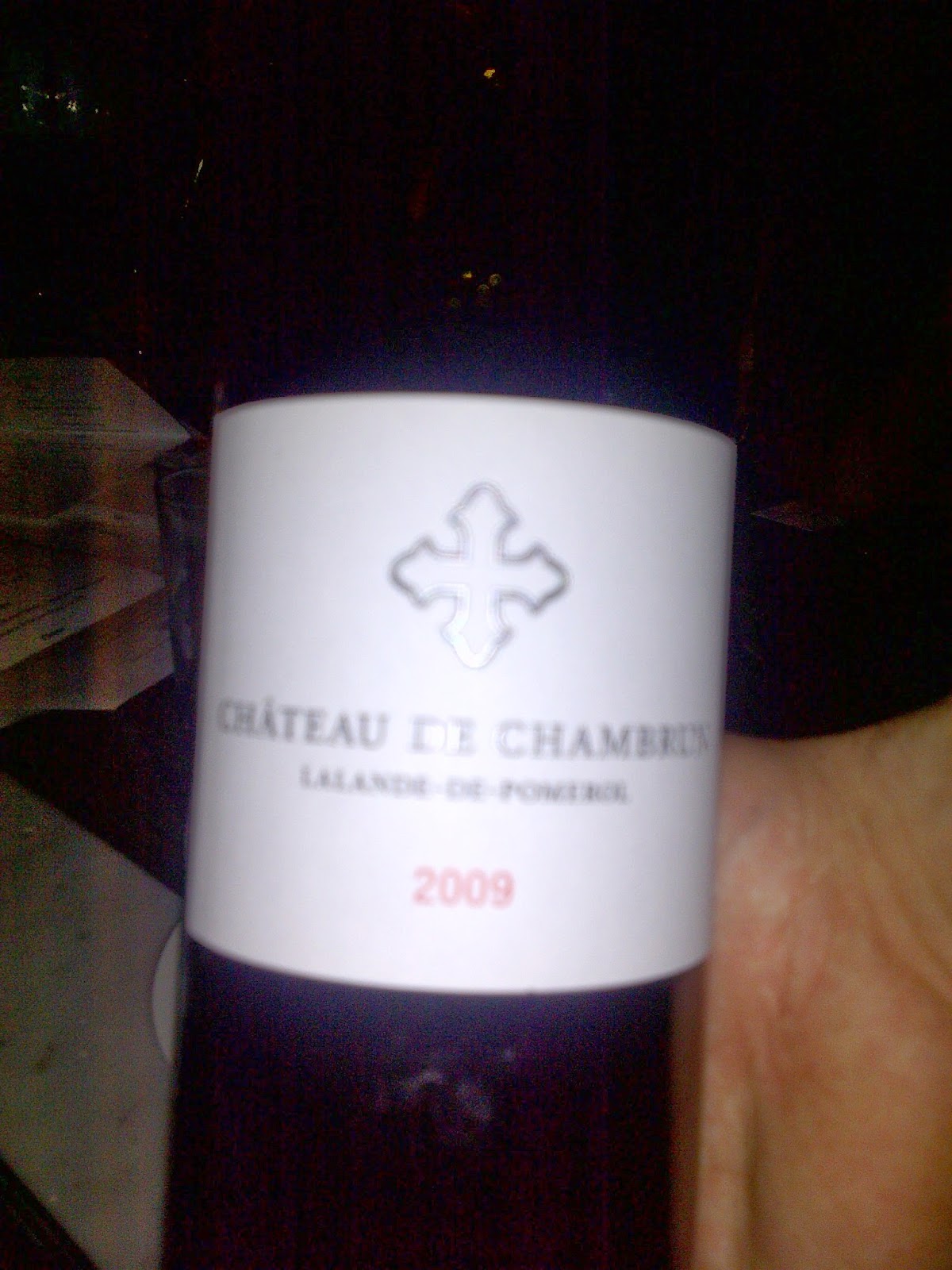 The cheeses were excellent, if served a littler cooler than ideal, but no single wine could have matched the diverse range we given.

For me, the young, ripe red fruits of the wine clashed with the various sharp, nutty, creamy and tangy flavours from the cheeses.

In its own right, however, the Lalande de Pomerol was simply stunning - with a fresh, savoury, mineral complexity, it was my top wine of the night. Very Good Indeed. 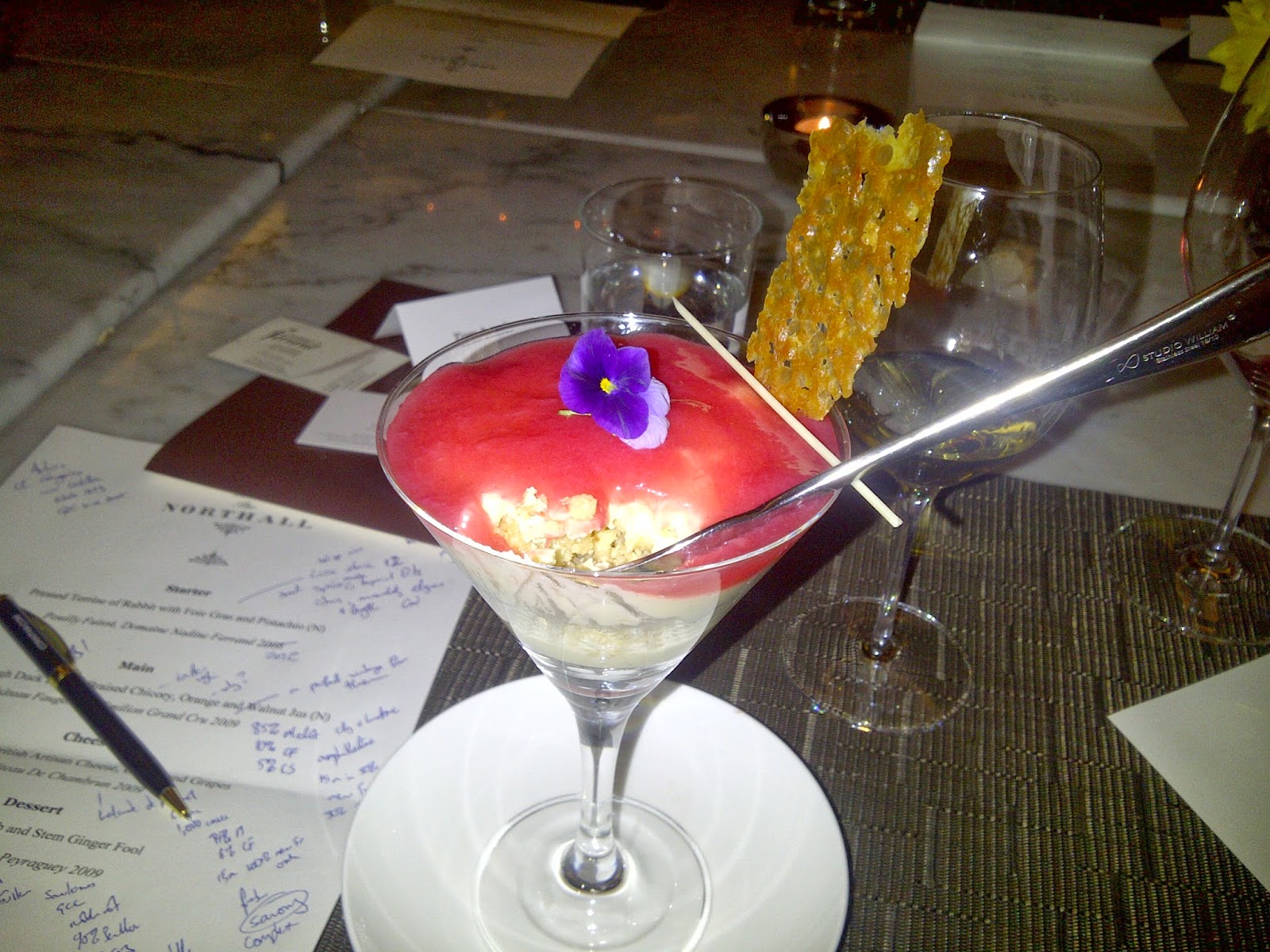 Good Sauternes is the most delicate and elegant of dessert wines and this example, a Grand Cru Classe, was superb: buttery roasted peaches and apricots, muskiness, a peachy texture cut through with freshness and the lithe elegance of a ballerina. Very Good. 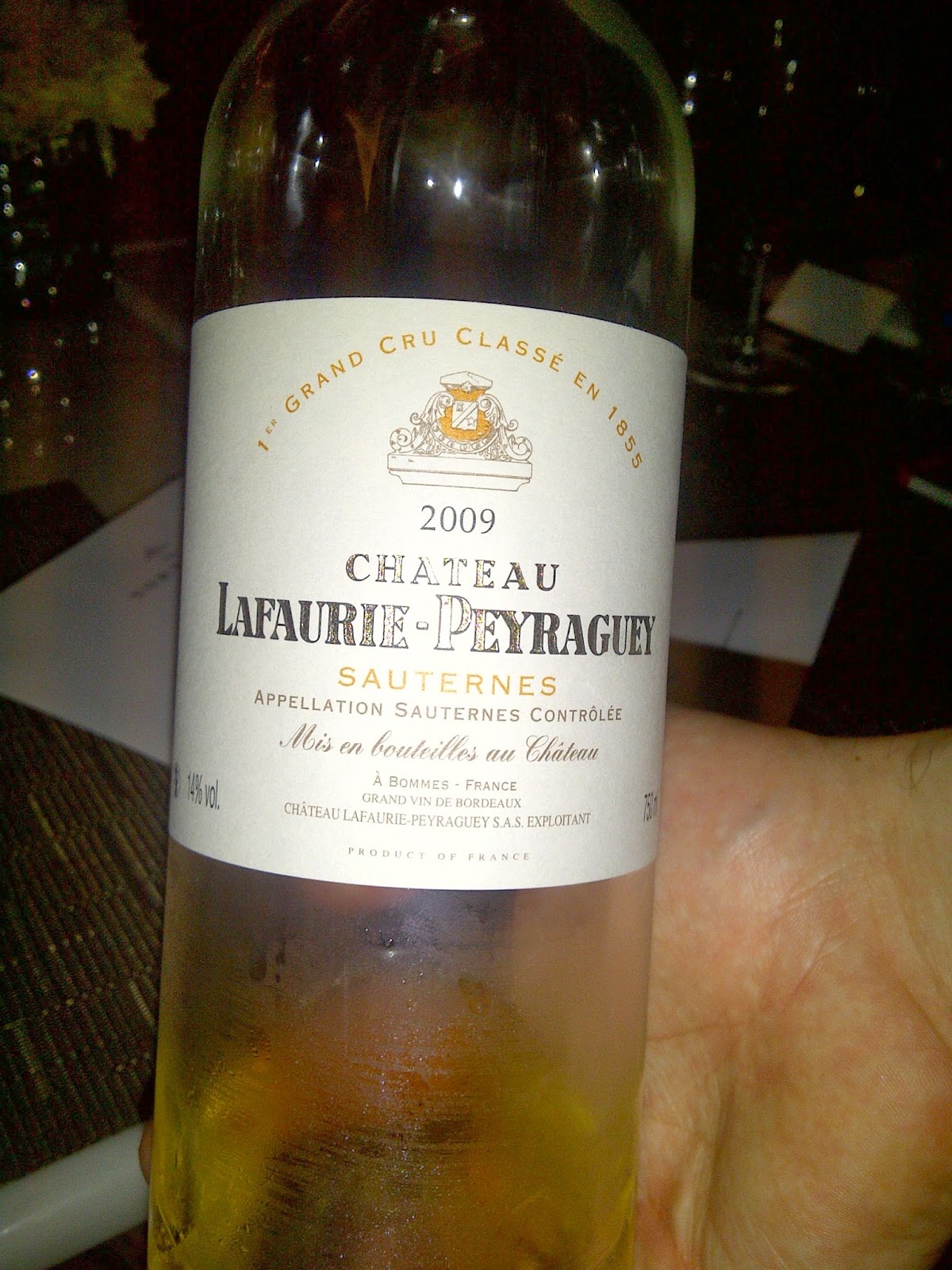 The dessert itself was also lovely - a poshed-up cheesecake served elegantly with a sharp topping, creamy middle and and crunchy base - but lacked the elegance to match with wine.

Something of a gruffly handsome but well-scrubbed Yorkshireman, it was Sean Bean flirting with Darcy Bussel.

The various minor quibbles aside, the dinner was excellent - a few tweaks on the next run through and it will be an experience to remember.