The story behind this wine is that, when I first became an enthusiast for Austrian wines and especially Wachau Riesling, I checked out who the top producers were and learned that Knoll was pretty much The One.

I had a few Knolls but struggled to see how they were so much better than the more mid-level wines I had got a taste for from the likes of Domäne Wachau. Reading in an article by Jamie Goode a suggestion that the wines needed some aging, I stashed a few bottles away to come back to when either they had improved or my palate had become more sophisticated.

Earlier this year, I was lucky enough to go the Annual Austrian Tasting in London (courtesy of Domäne Wachau) where I was looking forward to meeting someone from Knoll to tell them this story and ask when I should drink their wines to get them at a peak (I'd checked with US MW Roger Bohmrich and he was unable to advise on a drinking window). 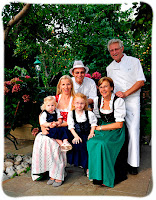 Emmerich Knoll is a famously elusive and publicity-shy winemaker and decided not to turn up to the London event in person, leaving a neighbouring presenter to talk through the wines, which was not ideal for either of us.

However, having tasted my way through some really excellent Wachau wines there, I decided that the time had come to dig out the Knolls, as well as a Rudi Pichler I'd been harbouring, and see what they could do.

The Pichler is reviewed here and, with hindsight, I probably should have opened it a little earlier - so, I wondered what the Knoll would be like.

I feel real a sense of occasion doing this - a wine I have held onto for so long, finally being consumed. It feels almost like sitting an exam such has been the build-up, so here are my notes just as I jot them down:

There are aromas from the bottle even as I open it and the wine, when poured, is a golden straw colour.

There is also some cellar mustiness of old books and I feel I am still getting used to these aged Rieslings - unlike the Rudi Pichler, this one now feels fully aged and all the fruit has been lost.

However, it feels mouthfilling and precise, the acidity feels ripe and rounded. On the palate it is almondy and oxidative, rather like, say, Palo Cortado sherry.

There is some cindery ash, the fruit has all gone - amazingly, even after so many years in bottle however, it still improves with air.

Aromas of pastry shop, it opens up after the meal and shows some hints of sour hay, toasted nuts, old leather.

It has great length and balance, with some minerality.

It feels very focused and I hazard a guess at soil type - it feels somewhere between the intense minerality of granite and the soft fleshiness of loam.

It is a wine of balance, structural elegance and integration - there are no extremes, no flashiness.

Re-sealed and re-sampled on day 3, it is now all about mellowness, acidity and finish and is very classy.

For more on Knoll - see this article here.