The Wrong Type of Air‏ 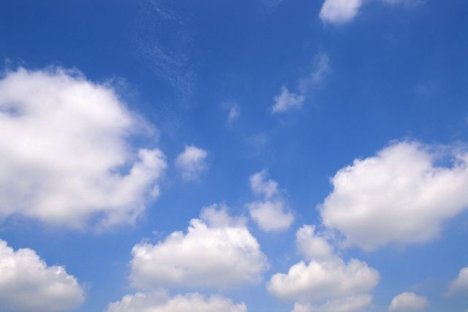 There is a saying in Britain about "the wrong type of ... [something or other]".

It was apparently coined some years ago by a train-operating company to account for the fact that, despite planning for the effect of snow, a brief flurry of the white stuff brought the rail infrastructure to a total and grinding halt - the "wrong type of snow" had fallen.

Said train company had, apparently, planned for light fluffy snow that can be easily brushed aside whereas that which had actually fallen was wet and heavy and it was this that had caused the gridlock.

I was reminded of this episode when opening up a couple of bottles of aged wines recently and seeing the effects of air.

I have written about the effects of air in general terms earlier (here), but these bottles of aged wines revealed something else.

There is a wrong type of air - or at least it seems that, from my admittedly unscientific experience, wine ages and develops in one way in the bottle and another way in the decanter.

A good example is the 2003 Knoll Riesling I had recently (reviewed here).

The Knoll - a mid-level federspiel - had lost all its primary fruit aromas and had only secondary aromas of dried nuts and antique leather with some evolved pastry shop. We drank it over three evenings and the amazing thing is that, even though the fruit had disappeared in the intervening time, it continued to develop with air in the bottle; whilst the secondary aromas (predictably) died away, the acidity became more rounded and prominent and the finish lengthened and the wine generally opened up.

The pattern the Knoll went through was not entirely unfamiliar, but what amazed me was that, even after a good seven years in bottle in which the fruit has faded and the aromas become more secondary, the wine can still develop in a different way after opening. It is almost as if there are two types of air - one which affects a wine's development in bottle and the other which affects its development once opened.

I had always assumed that air always affects wine in pretty much the same way - just that in bottle it ages more slowly than after opening and therefore allows more time for complexities to develop whereas on opening everything happens a little quicker.
To find a wine still developing on opening over the course of a number of days after long enough in bottle for the fruit to die away was quite a revelation.

It was broadly the same with a 2005 New Zealand Syrah Viognier I reviewed recently (here). I drank all but the final bottle of a case of this wine over an 18-month period and noticed it develop and improve with bottle age.

Leaving the last bottle for a further 12 months allowed it to take on some aged characteristics leaving it more mellow and less up-front.

Again, after opening, it continued to develop and change, with the acidity becoming more prominent and different aromas coming to the fore.

I generally find that, with very few exceptions, I tend to prefer wines when they have had a good bit of exposure to air - between several hours and a couple of days - but am usually too wary of overdoing the aeration and allow too little with the result that wine is at its best at the end of a meal or even the next day.

A decanter helps for wines that need a lot of aeration to show their best, but I'm sure there must be a scientific reason why wines aged in bottle continue to develop in a different way after opening and I would love to know what the answer is.

Other related articles
How much air ?
Wines that improve with air
Building a taste memory
Knoll - Loibner Riesling 2003 Federspiel