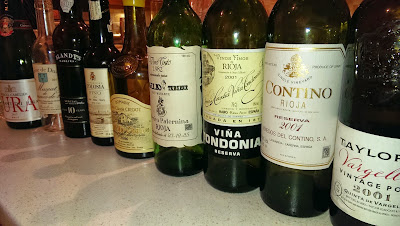 A tasting with friends of wines defined by their production method
It seems the factors we celebrate as bringing greatness to a wine change over time; the iconoclasts of yore told us it was all about grape variety. Then it became the winemaker's art and now we seem to have come full circle back to terroir.
Celebration of a production method in winemaking feels antithetical, almost heretical - certainly not on the zeitgeist.
Yet many of my favourite wines are defined by the way in which they are made - sherry, Madeira, port, vin jaune; production-method wines are mostly either obscure or unfashionable. Or both.
The only exception is Champagne, which is not really considered a wine at all.
With a trainee Master of Wine in our midst, we picked a course each and provided some matching wines.
It was also a chance to put my recently-acquired set of antique decanters through their paces. 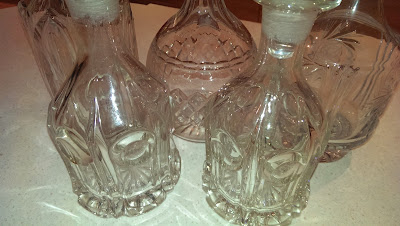 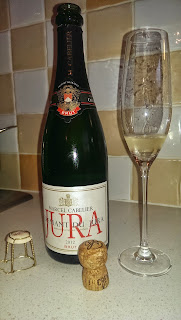 Main - chicken with sherry and mushrooms in a creamy sauce
Jean-Claud Credoz, vin-jaune, Chateau-Chalon made from Savagnin, aged for six years in barrels under flor and sold in a wax-sealed 62cl clavelin, this is an oddity - and delicious; complex, nutty and tangy with a charming freshness.
Production method - flor and extended barrel aging
Cheese course
Federico Paternina Rioja 1982
Contino Rioja Reserva 2001
Vina Tondonia Rioja Reserva 2001

With a little reluctance, I had allowed Rioja on the basis that the production method specifies a minimum amount of barrel aging and that it is associated with a particular type of oak.

The 1982 wine was fully mature and complex with red fruits, old leather and gaminess. The two that followed seemed like mere babes in comparison with plenty of primary fruit.