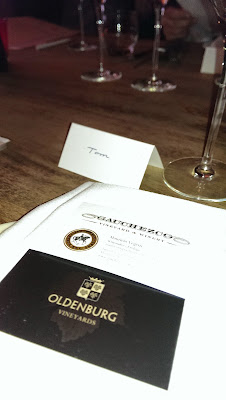 Out of Bordeaux Dinner with Gauchezco, Oldenburg and Connoisseur Estates

In the week of London Wine Fair, Mauricio Vegetti of Gauchezco and Philip Costandius of Oldenburg hosted a dinner to consider what the New World can do with Bordelais grape varieties.

We kicked things off with Gauchezco's 2014 Torrontes - fresh, clean and precise with Torrontes' signature lifted florality, it is modern and crisp.

The wines were in three flights over dinner - the first flight highlighted two very different styles, the second pairing was closer, whilst the two Cab Francs at the end were almost soul mates. 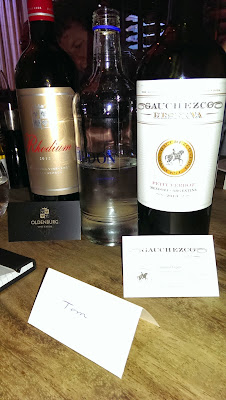 This was Charlize Theron vs Dita Von Teese, a world-class slender beauty and a curvaceously seductive attention-grabber 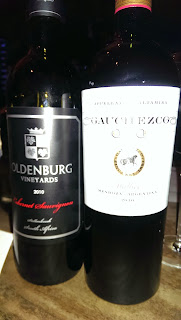 He says: This is Planet Earth! 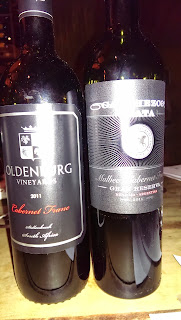 Cab Franc is typified by Winebird Helena Nicklin as an earthy, old-school gent who likes sweeping leaves and gathering redcurrants. These two have a dash more virility about them; more likely to own a two-seater sports car than a cardigan, they might want to be your Sugar Daddy