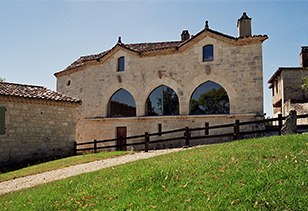 Eugene Lismonde set up his Tour de Belfort winery and guest house near Cahors just a few years ago after retiring from his business in Paris.

It is a truly family affair with Eugene and wife Sylvie running the winery and daughter Muriel overseeing sales in the UK.

It has proven a tough market to break into - Eugene describes making his organic, low-intervention, almost natural wines in a brand-new vineyard and winery as being "the easy part"; he summarises the problem as not having the volume or pricing to be able to work with supermarkets, nor yet having the reputation of the classic areas to deal with independents.

After a couple of years of direct selling via the Three Wine Men events and through the company's website, Muriel has come up with a new idea that might just be the breakthrough they have been looking for.

With originally just a red blend and white blend, this could have proven somewhat limiting, so Eugene has expanded his range, to include a fizz and two oak-aged single-variety grands vins which he included in a presentation to Cambridge Food and Wine Society at the weekend.

The fizz - a methode traditionelle - is fresh, elegant and clean, with pure fruit expression and good persistence on the finish. At under £12, it is also something of a bargain. 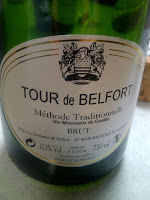 The various white and red blends show the same pure fruit and technical excellence, with a well-balanced vibrancy and, for the reds, perfectly ripe tannins.

Preferences are perhaps more of a personal matter - for me the 2009 white blend (a cooler year containing a higher proportion of Sauvignon in the blend) has a lovely acidic streak, whilst others preferred the weightiness of the Chardonnay-dominated 2010 (from a warmer year).

However, there was a general consensus that the Malbec-dominated 2011 with its pure fruit and smokey spiciness was the most enjoyable of all the reds. 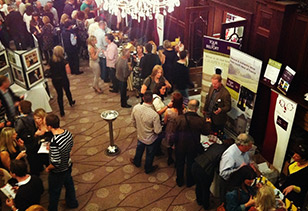 On this theme, Eugene noted that the wines that had won awards in France had failed to register with Decanter in the UK, whilst those that had received Decanter wards had not received the same recognition from the French judges.

Tour de Belfort wines are available via the company's website, at The Gonville Hotel in Cambridge and now at Le Vin La Table in Hale.

Other related articles
Tour de Belfort - the history, the red, the rose, the white