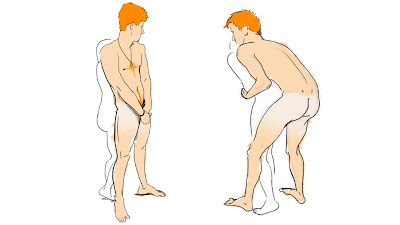 If Bordeaux is Landed Gentry and Burgundy a land of dukedoms, then Languedoc wines are Prince Harry - more entertaining and characterful than its regal older relatives, and whilst a bit of a loose cannon and prone to the odd mishap for sure, yet all the more loveable for it.

Languedoc wines have an impish, cheeky grin: they are a bit of a handful and prone to some high-spirited behaviour - ill-judged fancy dress costumes, stripping off at a party in Vegas or diving in the pool fully clothed with their mates. 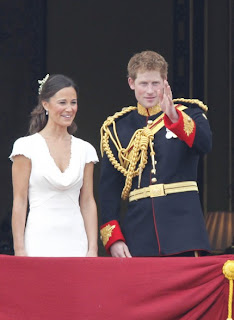 But these fun-loving, mischief-making tykes also have impeccable breeding and when occasion demands, scrub up well in uniform and cut a rather dashing figure - even if they are still liable to flirt with the pert-derriere'd maid of honour.

And given the choice, many of us I suspect, would rather spend time with these grinning, partying, swaggeringly handsome cheeky chappies than their more regal relatives who are, no doubt, excellent company but rather more staid and restrained in comparison.

With the top spots already taken and scant opportunity to put their mark on history, their motto is live for today. And Party On.

Their world is one of mates, girls and endless parties - for now at least. Given time, who knows, they may start to mellow a little more and crave a degree of respectability - instead of falling out of nightclubs.

That won't change their natures, but they may well mature into something approaching greater respectability, trading youthful exuberance for finesse and gravitas.

No amount of breeding can hide their wilful, fun-loving, unpredictable and slightly rogueish personalities and they will always refuse to conform to the stultifying norms of polite high society - hopefully.

Caity Weaver writing on Gawker.com puts it all much better than I:

"Whom would you rather have visit you when you're ill? William, who will bring you a card "signed by everyone in the office" signed by half the people in the office, or Harry, who will make balloons for you out of latex gloves and dress up in scrubs and pretend he's a doctor so he can sit in on your surgery and "keep an eye on things" even though you've begged him not to?

Whom would you rather have attending diplomatic functions? William, whose nervous, quiet laughter echoes so hollowly in marble ballrooms, or Harry, who can cajole the heads of warring nations to arm wrestle just by yelling "This one's for the Facebook!"

The appeal of Prince Harry is that, whether he's playing "strip pool" in Vegas, challenging Olympic gold medalists to swimming races in jeans, or making sex faces at William every time he stands behind Kate Middleton, he's just doing what any of us would do if we were a prince. Or Prince."

Now, glass of Languedoc anyone ?