A while ago, I responded to a post on Quaffable about wine apps and, in short, said I could not see the point as wine is so diverse a subject than a mere app cannot do it justice.

I'd also written a couple of pieces on the idea of choice and choosing wine, noting that the whole thing was rather complex on many levels.

So when Santiago Navarro, founder and CEO of Vinopic picked up positively on a number of my comments about choosing and assessing wine, I was intrigued enough to want to find out a bit more about Vinopic, a company I had never previously heard of.

A few emails later and I had arranged to take the tube down to Santiago's offices in a smart Chelsea flat for a chat about what Vinopic does and how it is different.

I was, in all honesty, not quite sure what to expect and half-feared he might have some eccentric, iconoclastic, mad-science vision of being able, through scientific analysis, to reduce all the world's wines to no more than a bald score and rank them in a single, overreaching league table - in much the same way that in the 1960s we thought that by now everyone would be driving flying cars and eating food in pills. 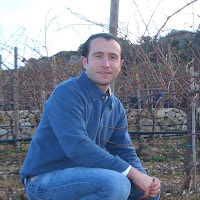 The reality was much more reassuring and sensible, for Santiago proved to be a well-presented, personable Mediterranean who likes good wine and for whom the science side of Vinopic is actually much more focused on production quality than quantifying aesthetic enjoyment.

Moreover, the scientific analysis is a partner in a two-stage process where an at least equal weighting is given to a taste assessment by Master Of Wine, Rosemary George.

Finally, all the wines on the Vinopic site are rated within, but not across regions - so there is no uber-egalitarian attempt to compare Chilean Carmenere with Bordeaux, for example.

So if the Vinopic scoring system is not the game-changing, mould-breaking revolution I feared Santiago might claim it to be, is it actually anything more than a gimmick ?

Taken alone, it might be little more than a handy, independent assessment of the production-quality of the wine, but I actually think there's rather more to Vinopic's offering than just their scientific wine assessments.

Firstly, they are operating in the over £10 online retail market, so they are hardly competing with the mass-market likes of Laithwaites, Naked or the supermarkets and can, as a result, afford to be a little more selective about what they stock.

Secondly, they have a commitment to keep the process of choosing simple with an easy-to-understand range of around 100 classic wines.

As Santiago explained, where they decide to stock a particular region's wines, there will be one entry-level wine for typicity and one more interesting wine - and that's it, not 20 different examples.

And with Rosemary George tasting and rating all the wines, one would reasonably hope that they should be at least quite good.

And only after that does the scientific assessment come along to identify in an objective, if somewhat limited way, whether the wine is technically well-made or not.

At the start of our chat, Santiago outlined a series of issues with the current wine retailing model clearly and succinctly:

- the "wall of wine" at the supermarket, where to start ?
- too much choice, which becomes confusing for buyers
- outdated and archaic wine labelling with not enough information for the consumer

Moreover, his own thoughts about wine and aims for the business are eminently sensible:

- the wines should match with food (which is consistent with his segment of the market)
- the company should aim to make life easier for consumers, not simply please wineries
- the wines the company sells should be for drinking and enjoying, not investment
- there is asymmetrical information in the market, where the seller knows almost everything and the buyer almost nothing

So far, so sensible.

Citing the UK's food-labelling "traffic light" scheme as an inspiration, Santiago explained that whilst critics tend to have similar views on what makes a good wine, he wants to objectify this as much as possible and give the consumer more confidence in choosing.

Listening to his solutions, I feel that whilst he has definitely identified a number of key problems, I can't yet say whether it's a winning formula or just a Betamax-style step in the right general direction.

There are, for example, many wine merchants with an MW on board as wine buyer; plenty of merchants who sell via the internet only, and these often have a narrower range than even independents, let alone the big supermarkets.

So I can't help feeling that what will distinguish Vinopic from its competitors will be the quality of the range, the value for money and softer factors like marketing and ease-of-use of the website.

Maybe the scientific score will resonate with consumers, but for me, the way I would choose a wine merchant is by the quality of his buyer's palate, which usually becomes apparent after tasting a case or so of their wines.

However, for those interested, the specific measurements the company makes on a wine's key quality indicators are:

- polyphenols (for fruit aromas)
- anthocianins (from the grape skins for colour)
- procyanidins (from the pips for tannins)
- sulphites (10% - 20% of the legal limit is plenty, according to Santiago)
- residual sugars (to establish the ripeness of the grapes)
- alcohol level (food wines should have slightly lower alcohol contents)

Going forward, the company also plans to test for the presence of pesticides and more sophisticated testing for different types of sugars and acids.

In any case, the results of all these individual tests are amalgamated into a single score that the company labels "intrinsic".

There is no attempt to rate objectively factors such as balance and finesse, say, by comparing the different elements relative to each other and this aspect of the wine is handled by Rosemary's tasting assessment. 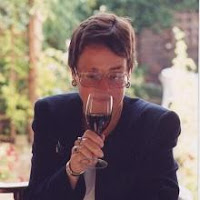 Moreover, there need not be a direct correlation between Rosemary's taste assessment and the intrinsic score - meaning that a wine might score highly for being intrinsically being well-made, but might be rated lower by Rosemary as a less-interesting wine - or vice versa.

The concept of a system of rating is similar to Naked Wines' offering, but the genius there was to let customers' palates dictate the scores, rather than using so-called experts.

This however, inevitably, results in something of a lowest common denominator approach and means that by implication, the people whose palates are less sophisticated than the Naked Wines' average will be the most impressed by the wines, most likely to keep buying and therefore will bring down the average quality of the palate pool.

And whilst in the sub-£10 area that's a sensible approach, at £10 and above, people are more likely to appreciate the guidance and input of an expert MW and perhaps less inclined towards a simple popularity contest of the biggest crowd-pleasers.

As Santiago explained to me: in the sub £10 bracket consumers are probably comfortable getting a recommendation from a peer they trust but above this psychological barrier they've moved into the financial territory in which they do not want to make a mistake and so seek expert advice. I also believe there is an occasion-based psychological barrier when consumers are entertaining or hosting a special person or event when they want everything to be perfect and for which experts can minimise the risk as best as possible. For daily drinking at home with a partner then a peer recommendation can do. In the new Vinopic Wines website we will seek to address both.

At this stage, then, this is really only a partial review of Vinopic, as the real test is whether their wines are any good and represent value for money at their listed prices and to do that I need to review the wines in depth, which will come next.

For now, suffice it to say that Santiago is very impressive in person and clearly and intelligent and thoughtful businessman who has carefully defined many of the issues in wine retailing today and I'd like to hope is in the process of finding the solution.

He acknowledged during our chat that they had launched the website too soon and that it had proven to be confusing and difficult for consumers to use, so clearly he is a man to take note of what works and fix what doesn't.

He is now in the process of redesigning the site so that there are three levels of information on each wine - a quick and simple "consumer" overview, more detailed information for the wine enthusiast and technical stuff for the self-confessed wine geek.

With an easier-to-use site, all that remains is to build awareness of the brand and the offering, and Vinopic's approach is sensibly focused mainly on PR, social media and website SEO.

In my next post on Vinopic, I'll report back on whether the wines themselves are worth investigating.