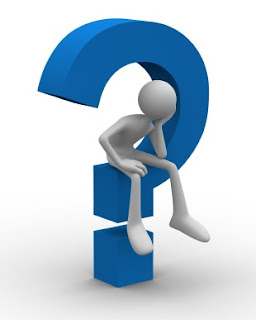 I recently wrote (here) about the choice of wine in the UK - this piece is on the related, but separate, matter of choosing.

It was prompted in part by a Twitter exchange I had with @alawine who asked "What factors do you consider when buying a wine ?"

I responded saying that I thought that was the wrong question to ask as people are influenced by unconscious factors when choosing and so asking for a conscious explanation of how they choose will result in a meaningless answer.

How we make choices has been the subject of various books, but the most interesting two I have read recently are the monosyllabically-titled Nudge and Blink.

Nudge concerns the subject of choice architecture and how people's choices can be moulded and shaped by the circumstances under which they choose.

Blink, by contrast, looks in more detail at the decision-making process at both a conscious and a sub-conscious level.

However, Blink, by the Canadian writer on social psychology, Malcolm Gladwell, questions that assumption.

Gladwell starts off by recounting the history of the "Pepsi Challenge" - for those that don't know the story, in the early 1980s Pepsi began running TV commercials which showed that lifelong Coke loyalists, when given small samples of Pepsi and Coke to try blind actually preferred the taste of the Pepsi.

At the same time, Pepsi's market share was growing in relation to Coke's and so, in what seemed like a logical response, the Coke Company brought out New Coke, a sweeter, less fizzy version that tasted more like Pepsi.

The product bombed and within months, not only was Classic Coke brought back, but it was actually more successful than previously.

I first heard this story many years ago as a marketing case study - and that is usually how it's told: don't ignore the softer factors around brand imagery and emotional associations.

However, Gladwell draws some further conclusions which are relevant not only to the selling of wine but to our very perceptions of what we like:

- when tasting small samples, we are biased towards a level of sweetness that may prove cloying or overpowering in larger quantities (is this why big, sweetish wines often do well at awards ?)

- most of us do not distinguish between product and packaging: as an example, he cites the turning around of unpopularity of margarine in the 1940s by colouring yellow, packaging it in foil and giving it an upmarket name, all to make it feel more like butter.

As Gladwell writes "You never ask anyone do you want foil or not, because the answer is always going to be "I don't know" or "Why would I ?" ... You just ask them which tastes better."

And it was precisely this sentence that I had in mind when I saw @alawine's question about how people choose their wine.

People may tell you that they go for Cab or a French wine, but there is more at play here.

Gladwell goes on to cite the following example of a brand of inexpensive brandy losing market share to a competitor with similar pricing, distribution and marketing.

The company carried out various blind taste tests and, to cut a long story short, established that whilst people preferred the taste of their brandy, they were being swayed by the packaging of the competitor and so were buying the other brand in larger quantities.

The solution was then simple - the company redesigned their own brandy bottle to something closer to the competitor which led to an increase in sales.

This conclusion reminds me of something a previous boss instilled in me years ago as a basic principle - establish the real cause and the solution will just drop out of its own accord.

Of course, all of this goes on in the sub-conscious part of our minds, so it's not something we are generally consciously aware of and so the real cause may well be somewhat hidden or elusive.

Moreover, if someone tells you they buy a wine or any other product because of x, y or z, the chances are, those reasons are nothing to do with the real reason.

Does that mean you should not trust my wine reviews ?

I suggest it does not, because I rarely actually choose the wine I review these days and so I have not gone through the process of selecting it via my subconscious.

Moreover, where it is a wine I have chosen, I firstly drink the whole bottle with a meal in a "normal" setting, sometimes over several days and I review and re-review what I have written about the wine to see if I have given an accurate impression overall.

And whilst I do not claim to be an expert, I'd like to believe that my assessment process is a little more thorough than, say, the average casual drinker.

And here is the next point from Gladwell - over lunch with two professional food tasters, he learns that there are some people who have spent years learning to assess the various qualities of different foods to the point where they can tell apart, for example, cookies and crisps from different batches of the same product.

As Gladwell notes, these people would not be fooled by either the Pepsi challenge or the different packaging of the brandy - "the gist of their expertise is that it allows them to have a much better understanding of what goes on behind the locked door of their unconscious".

To me, becoming a better wine taster is all about stripping away the irrelevant factors of packaging and mental associations with grape varieties or regions and focusing ever more closely and in more detail on the nuances of the wine itself.

At a recent tasting (here), I noted the professional tasters around the table were able to cover much greater ground in a small sniff and sip that I could with a couple of tastes - it was as if they could cover a chapter in the time it took me to read the first few sentences of a book, so I realise there is a scale of ability to assess and I still have a long way to go, even if, as my family frequently point out, I am way ahead of what is acceptable in polite company.

Gladwell's next example is also interesting in this context: he tells how a panel of food experts rated 44 jams from best to worst.

The jams rated best, 11th, 24th, 32nd and 44th were then given to ordinary punters to taste blind and to rank according to preference; in general they concurred with the experts to a reasonable degree.

However, when another group of students was given the same test except that they also had to list their reasons for preferring one jam to another, their ability to correlate to the experts' assessment disappeared. As Gladwell notes "introspection destroyed their ability to solve insight problems - making people think about jam turned them into jam idiots ".

This would not happen to our food experts, but they have worked for many years to be able to analyse their own feelings and sensations during the few seconds that the food is in their mouths.

The final point that I think is relevant here is about what is bad and what is different.

Gladwell uses as an example an ergonomically-designed chair that when first put on sale broke down so many conventions of what a chair should look like that it was universally considered ugly, despite scoring highly for comfort.

Of course, over time the chair's design became not only accepted but iconic and the issue was merely that it was, in that much over-used phrase "ahead of its time".

As Gladwell asks - perhaps ugly is just a proxy for different ?

Of course, as he notes, some things (he cites the Ford Edsel, pictured right, as an example) start out ugly and remain ugly - they are not ahead of their time, they are just ugly.

This idea of "bad" as a proxy for "different" reminds me somewhat of my own early wine-drinking experiences, as I would sometimes find that more expensive wines seemed to be rather disappointing and perhaps, even, not actually as good as the more basic wines I usually drank.

With hindsight this is probably due to several factors:

- more expensive wines may be more challenging, with more prominent tannins and / or acidity

- their subtleties, complexities and finesse may not be as immediately obvious, especially if the wine is paired with the wrong type of food

- the weight of expectation may also be a factor

And so I come back to a familiar theme - that appreciating good wines does merit a bit of effort.

If we typically buy supermarket plonk, it may take several bottles and a bit of persistence to get used to a more sophisticated style of wine - it certainly did for me.

And if this is the case, how are consumers to learn that it is worth persevering with better quality and, yes, perhaps more expensive wines ?

I believe that wine awards (when done properly) are a great area of potential for guiding enthusiastic but confused consumers towards great wines.

Wine tastings and wine education generally also have a huge role to play: after all, as we have seen, it was the food experts who could really assess the quality of their food without being distracted by packaging and such stuff.

Yes, eating and drinking are two of the most basic things that we do and don't need to be taught as such, but appreciation - be it of wine, food, music or art - now, that does merit a bit of education.

As should be obvious from the text, this article borrows ideas and passages (quoted as such) heavily from a section of the excellent Blink by Malcolm Gladwell.