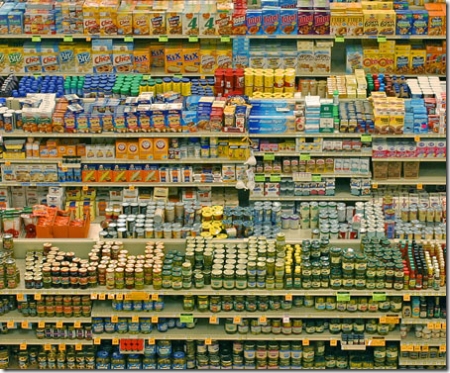 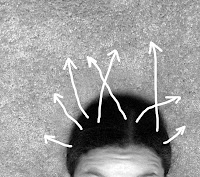 It is a tenet of modern civilised society that we have choices - indeed many of our government policies here in the UK are based on the principle of increasing our level of choice for healthcare, schooling and so on.

Certainly, basic economics tells us that monopolies are not a Good Thing - inefficient and lazy, they do not serve consumers as well as where there is a plurality of choice which allows those that are popular to thrive whilst those that get it wrong do not.

However, it is a big step to go from saying that "no choice is a Bad Thing" to "the more choice the better in all areas".

In Britain, we generally shop at supermarkets and also generally buy our wines there too; supermarkets have done a great job of building efficient distribution networks that allow them to pass on the savings from economies of scale to us as consumers.

This, along with the rise of cheap manufacturing of non-food items in China now means you can buy almost any item at almost in price point in a supermarket.

Quality and durability are of course secondary issues, but having low headline prices seems to be the thing that fascinates the so-called average UK consumer.

A recent article in Decanter argued that we are a nation of "discount junkies" when it comes to wine, whilst Guy Woodward made comments saying how difficult it is to find decent wine under a fiver these days. And was attacked by Asda for doing so.

Taking the wine under a fiver argument - taxes, duty add up to around £2.50, whilst marketing and distribution is a further £2, so the cost of the juice itself is about 50p or less. Trade up to a more expensive wine and a much greater proportion of the cost goes on the juice and not the peripherals - or so the argument goes.

In general, I do not disagree with the principles here, but it is overly simplistic. Just as a bottle of first-growth Bordeaux sold for hundreds of pounds costs no more to produce than one sold for a tenner from a nearby but lesser property, so we cannot draw a strictly linear relationship between price and quality in wine.

That means that your 50p's worth of wine in a sub-£5 wine could actually be quite a bargain. It may be that you are actually getting, say, £1's worth of wine for 50p as the winemaker has decided that he has to sell his wine at that price and will aim to make money elsewhere on a different wine.

How you feel about this depends on the kind of person you are; you may thank your favoured supermarket chain for their aggressive procurement practices that give you the consumer a bit of a bargain. Or you may feel it is inimical that passionate craftsmen of artisan products are being treated like mere lackeys in the supply of a noble product.

Or you may just stare at the vast array of wines sitting on supermarkets, not really knowing what to go for and end up just plumping for what's on special offer as it seems to represent a bargain and if it's not that good, well at least it was cheap.

Rather like tying our shoes or learning to drive, wine appreciation does require a bit of education. I am a big fan of music of all sorts, but am not particularly knowledgeable or indeed musically gifted. Occasionally, I watch a programme on one of the great symphonies, say Beethoven's 5th or Mozart's 40th, and learn a huge amount about the subtleties, technical complexity and ideas behind the music.

Me neither, until it was explained to me - up until then, all I could hear was the tunes, which I either liked or didn't. Choosing wine is similar, in that the subject is somewhat complex and requires a basic critical mass of knowledge about grapes, regions, styles and so on which a lot of people, quite rightly, just can't be bothered to learn.

Wink Lorch recently posted a self-confessed rant (here) on the lack of choice of wine at supermarkets, but the truth is, the level of choice is greater than many people can be bothered with.

As a result, the loyalty of buyers is firstly to the supermarket and secondly to what's on special offer. As fellow wine blogger Tom Parnell, blogging as Old Parn, explained to me, he himself used to pick out whatever was on offer not for the financial bargain, but as a way of helping him choose when overwhelmed by the vast choice on offer.

Of course, apparent choice on offer may be somewhat misleading as often ostensibly different wines may prove to be merely slightly tweaked blends from a single producer - but that's another story about economies of scale, branding and consumer marketing.

One company that has made huge advances in the field of "choice architecture" - the science of helping consumers navigate their way through vast amounts of choice - is Naked Wines.

With an Internet-based model that will be familiar to anyone who has used amazon recently, Naked's site uses filters, qualitative and quantitative feedback from consumers (i.e. people like you, not so-called experts) and other tools to help buyers narrow down their choices.

Search for the most popular red wine on their site and you will find it easily - you can click to see a brief description and comments from other customers.

You won't get a lot of background on the soil type, elevation, terroir or wine-making techniques, but that's not what's on offer at Naked.

Take away the complicated, technical stuff that I happen to find fascinating but is terribly dull or even intimidating to the non-geeks and replace it with a site that helps you actually choose something that lots of people have said they like and you get Naked Wines.

My local independents in Cambridge have an answer to this - they can advise in person and chat about the subtleties of a wine in a way that Naked's site cannot, but for many people, stepping across the threshold of an independent is just too daunting or inconvenient.

As I wrote earlier (here), the IWC is promoting its Gold Medal wines as a way of helping people focus on something other than price / perceived discount as a way of narrowing down their choices.

However, it seems the supermarkets are the ones who are missing a trick. Instead of all that fake 50% off / BOGOF jiggery pokery which ultimately merely results in £5 wines being sold for a fiver (after a brief artificial increase in price in just a few branches followed by a reduction back down with a huge flourish) why not install interactive shelf displays which indicate the sales ranking of a bottle of wine, so that consumers can see which is the most popular ?

Then we could shift the focus off headline price and onto popularity and quality where it belongs.

Image credits: http://blog.mindvalleylabs.com/stop-offering-your-customers-too-many-choices/218/ the article from which the image is taken is worth reading, too as it addresses similar themes.