On The "Cambridge Phenomenon" 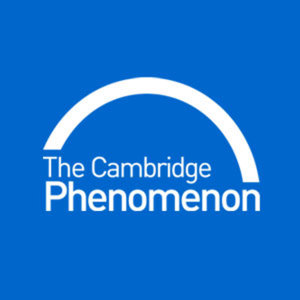 A while ago, I wrote about the so-called Wiseman study and the conclusion we can draw from it about Britain as a nation of wine-consumers (see here).

I observed that learning to appreciate a good wine is a process of self-education, it's not something that we are born with an ability to do and requires a bit of practice and experience – something that as a nation we typically do not do.

However, having lived in Cambridge for well over a decade now, I feel there is something slightly different about my adoptive home city.

I first came to the city one hot, sultry late-summer day two decades ago to see a friend who was completing a Masters in International Relations at Peterhouse.

As it so happened, I arrived on the day that Russian Army tanks, under the command of one Boris Yeltsin, opened fire on the Russian White House in Moscow to defeat the anti-Gorbachev attempted coup, so my friend was a little busy adding a further appendix to his dissertation.

However, as the shadows lengthened, we ended up doing what all students do and headed off into the city to hang out.

To this day, I remember the pervasive impression I had of Cambridge being somehow far more "continental" than the northern, industrial hometown of my own alma mater - that a pedestrianised city centre with cobbled streets and pavement cafes where people sat out late into the evening could exist in this country was a revelation.

1991 was just about the time Noel Young opened his eponymous wine shop in Trumpington followed shortly afterwards by Hal Wilson and Brett Turner with Cambridge Wine Merchants and Paul Bowes with Bacchanalia.

There are now seven independent wine merchant outlets inside the city boundaries of Cambridge - in a place with a population of just 100,000 or so people - resulting in one branch for roughly every 15,000 people. That must be at least some kind of statistical anomaly, if not a record in this country.

Clearly, then, there is something different about Cambridge and our drinking habits - we are, somehow, a more continental sort of place, with more continental habits, and I would not mind betting that a random sample of our inhabitants could beat the odds on the Wiseman study test.

Why this should be so is up for discussion but I think several factors are at play:

- we have a cosmopolitan, highly-educated population with above-average disposable incomes

- we are, in part, a city of sophisticated, open-minded economic immigrants, be it visiting lecturers or London professionals

- the colleges have extensive, high-quality wine cellars to maintain which provide a critical mass of activity to support the independents

- the city itself is, of course, stunningly beautiful and appeals to the kind of aesthete who appreciates the finer things in life.

The Wiseman study offers no explanation for this, but knowing what we do, it behoves us to ensure that our independent wine merchants continue to thrive or otherwise our vinous choices will be much more severely limited; an oenological diet consisting solely of bland mass-market wines from mass-market chains would quickly return us to this country’s statistical norm of not being able to tell expensive wine from plonk.