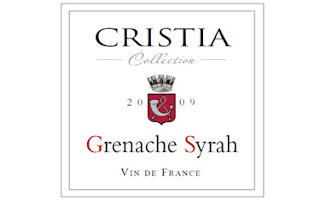 French Grenache is a modern classic of sorts - full of ripe indulgent flavours of plums and prunes and with a soft quaffable texture (especially with a bit of Syrah thrown in), it usually makes for an easy red to enjoy.

When well-enough made, there's nothing not to like about southern French reds, and although this Grenache from Naked Wines is labelled no more specifically than as a Vin de France, it's probably a safe bet that it's from somewhere in the Midi, the heartland of blowsy under-a-tenner Grenache blends.

That said, it's not completely full-on or overblown and shows enough restraint to demonstrate a bit of class and seriousness.

Straight out of the bottle, it's relatively muted on the nose and palate and starts to open up only after an hour or so, which is a pity as it is so drinkable that by that time there is not a great deal left.

Set aside and re-sampled after a further 48 hours, it shows all the joyous flavours you would expect; there's prunes and plums, some peppery spice with hints of leather, woodsiness and eucalyptus and its high acidity makes it a mouthwatering match for rich, strongly flavoured and herby dishes such as salami, sausages or tomato-based pasta dishes.

Pale purple in the glass, it is light and soft in the mouth, with a smooth texture, a mouthwatering fruitiness and some gentle tannic grip on the finish.

Like all the Naked Wines I've had so far, it's well-made, instantly appealing and very drinkable. It's also typically modern and fruit-driven, light enough to quaff but also able to match with food.

The back label reveals it's made by Grangeon et Fils based in Courthézon in the Vaucluse department in the Provence-Alpes-Côte d'Azur region - according to Naked's website, Dominique and brother Baptiste Grangeon are the third generation of family working at Domaine de Cristia. The vineyard was bought 70 years ago by great-grandfather Etienne Grangeon, and they started working there back in 1999, taking over from father Florent.

Dominque adds: the soils were in excellent condition thanks to Dad's biodynamic conception of agriculture, but changing old mentalities was a bit of a challenge!

We had a few problems with the first vintages we produced (bad corks being one problem), but come 2003, we started making some absolutely wonderful wine, with The Wine Advocate calling us the 'New superstars from Chateauneuf-du-Pape.