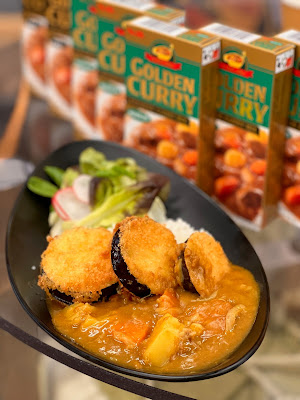 It is something of an oversimplification, if not a cliché, to say that Japan spent two centuries looking inwards before venturing out to the world from the 1860s to discover and bring back the best it had to offer.

Any student of Japanese culture will explain to you that the reality is both more complex and less clear-cut than this.

It does, however, give some insight to those unfamiliar with Japan of the country's values and approach; Japan's food and drink culture is not so much a Thing as a Way of Doing. An island nation, historically an empire, Japan imports ideas from the rest of the world and applies a Japanese way of doing them, so that Craftsmanship is refined to the point of becoming almost an Art Form.

For a European, perhaps the nearest parallel as a country is Germany: innovative, artistic and Romantic with a strong sense of self-identity, a striving for excellence in everything and a love of both high art and high kitsch. 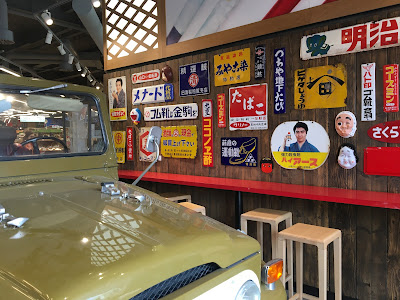 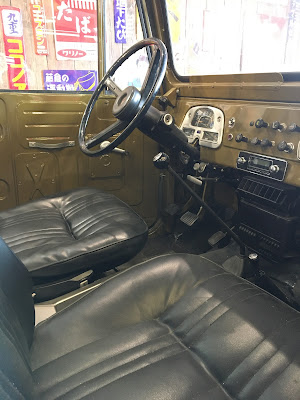 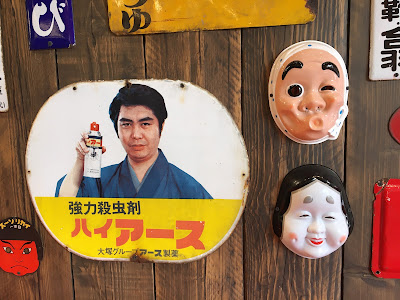 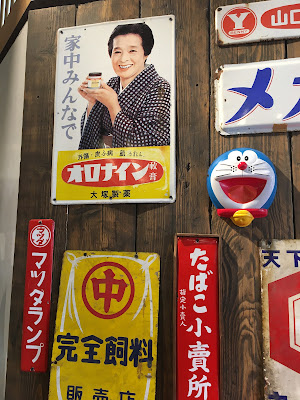 Japanese curry is based on British curries imported from India; the flavours and spices will be familiar to anyone who has ever been to a traditional British curry house.

S&B's curry sauces were developed for restaurants in the 1920s and 1930s, becoming popular enough in homes to sell directly to consumers from the 1950s.

This curry recipe combines influences and techniques from all over the world.

Katsu is the breaded and deep-fried element here using panko breadcrumbs, which are are a Japanese take on standard breadcrumbs; the secret is not so much in the bread used as in the grinding process which results in larger, lighter and more elegant crumbs.

The flour-egg-crumb-fry approach of katsu is straight out of central southern Europe, be it Escalope milanaise, Wiener Schnitzel or Smažený sýr.

Wasabi dressing is clearly a take on classic French vinaigrette while the addition of sliced ginger and the bento box-style presentation feel uniquely Japanese.

Kinu Yukawa had her first taste of cooking in her hometown of Kobe Japan, where she used to help her grandmother, who also worked as a professional chef Her career led her to Kyoto where studied traditional Japanese cuisine, then Paris where she was enrolled at the Ecole Ritz Escoffier.

Now a cooking instructor, food stylist and private chef with almost a decade of experience teaching at the Japan Centre London, Chef Yukawa is more than ready to tell you everything you need to know about the perfect Japanese dishes. 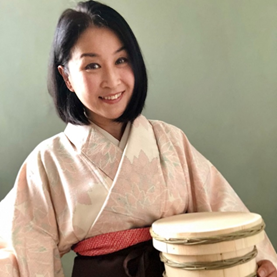 Hyper Japan is the UK’s largest celebration of all things Japanese.

In 2002, Hyper Japan will once again take over Evolution London, bringing an iconic mix of tradition and innovation to the capital for an experience like no other. Heading into the event’s 10-year milestone, Hyper Japan will celebrate the culture, cuisine and cool of Japan with a party that delivers a true feast for the senses! 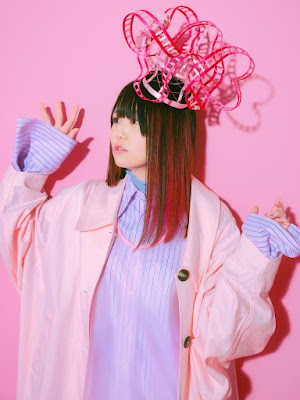 For the curry base, gently fry onions until caramelised, then add cubed root vegetables and stir to coat in the cooking oil as this will prevent them disintegrating later on. 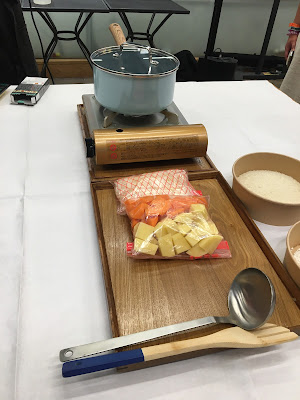 Add plenty of water and a whole block of the S&B curry sauce; the curry is thickened using flour, so simmer for a couple of minutes after adding, then set aside for 15 minutes to thicken. 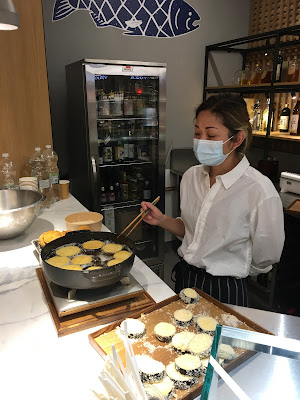 Plate up with rice, curry sauce, katsu aubergines and the salad with wasabi dressing and sliced ginger. 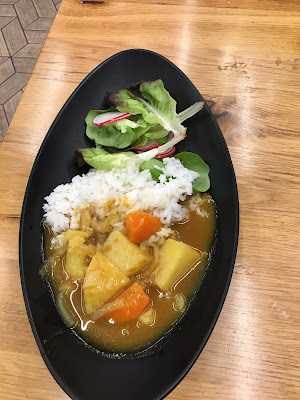 The method here is straightforward enough for any moderately competent chef who can cook a curry; what makes this Japanese is the S&B sauce as well as the combination of katsu, curry and dressed salad. 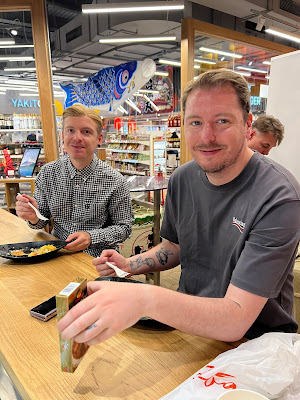