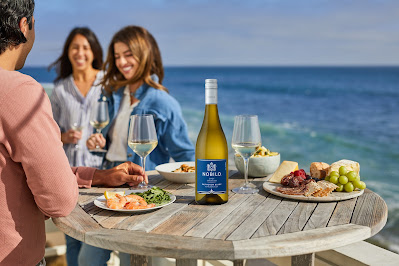 Many years ago, I was a regional director for a large advertising agency; I was relatively young, it was still good times in the industry and regular business travel was something of a perk rather than a chore.

Like colleagues with M&A or Internal Audit responsibilities who also had high-travel roles, I got to rather like travelling Business Class most weeks, staying in comfortable hotels and eating out at high-end restaurants.

Indeed, it was the role that first got me into wine generally; I had progressed from another high-travel job where we had worked in teams for 6-week projects around Europe, so every evening on location had involved going to a bar to eat, drink and goof the night away.

In that context, curry, beers and a combination of Sky Sports and general banter was the order of the day. Roll forward a year or so and as a solo traveller, I decided I wanted something a little more sophisticated, so I switched from beery curry houses to restaurants with wine lists and sommeliers; I never really looked back after that..

Mine was an emerging region; I had joined just after a recession and a series of over-investments, so every year, as we gradually restructured one market after another, the economic climate got a little better and achieving budget a little easier.

Perhaps a result of my own success and a plateauing of the learning curve, I started to spend more time thinking about the perks than about the day job; over time, my focus switched to planning my food-and-drink regime for the trip far more than the negotiations, agreements and decisions that needed to be accomplished.

For some reason, one of the highlights became afternoon tea on British Airways' early evening service, which involved some kind of quiche, salad and a couple of in-flight sized bottles of Nobilo Sauvignon Blanc.

This was the early noughties and Kiwi SB was the hottest new kid on the block; oaky Chardonnay was most definitely passé in the view of no less a figure than Oz Clarke who opined: that's why Sauvignon Blanc is such a runaway success - that in-yer-face tangy citrus assault is thrillingly modern.

The Nobilo had been selected for BA, my airmiles flag carrier of choice, by Jancis Robinson, so between Oz's encouragement and her recommendation, I felt that zingy white wines didn't really get much better than this.

A couple of decades later and with a more experienced palate, I not only still see what I loved about it back then, but also remain a big fan.

Yes, fashions have changed and Kiwi Sauvignon is not the urgent new thing it used to be, but this is still a really lovely wine.

Drinks nicely on first opening; does not need any cellaring.

Sip in the garden or match with picnic foods such as quiche with a rocket salad.

A more conventional review with actual technical and historical information:

The Nobilo story began in 1943, when Nikola Nobilo moved from his native Croatia to New Zealand. Combining over 300 years of his family’s winemaking tradition, Nikola was an early champion for New Zealand wine, recognising that the pristine landscape, with its expansive sunlit valleys, rolling hills and mineral rich soils, was ideal for Sauvignon Blanc and creating its unique fresh and crisp signature style.
Today, Nobilo Sauvignon Blanc represents the very best of what New Zealand has to offer with classic tasting notes that showcase the diverse qualities of its Marlborough vineyards, year after year. With fruit primarily from Wairau Valley, providing the layers of tropical fruit aromas, combined with grapes from the Awatere Valley, adding balance with bright, citrus-driven notes, this Sauvignon Blanc is not one to miss.
Harvesting at night allows the winemakers to preserve vibrancy, which is aided further by a long, slow fermentation at cool temperatures.
Each vineyard block is kept separate, so that the winemakers can blend grapes from different parcels to create Nobilo’s signature sophisticated style.