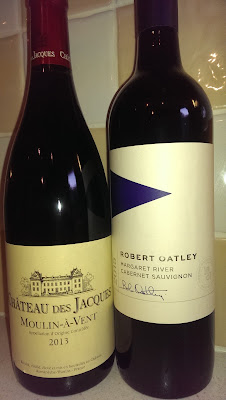 From different corners of the world and different grapes, both these wines have a certain atypicity, a difference from the norm.

Beaujolais is best-known as a juicy glugger for early drinking - not a wine to age.

What both these wines also have in common is an elegance and food-friendliness to match with, for example, winter game.

Match with darker game, especially duck in cherry sauce - or something mushroomy.

Match the juiciness to a rare steak with plenty of garlic and pepper, be it beef, venison or tuna.