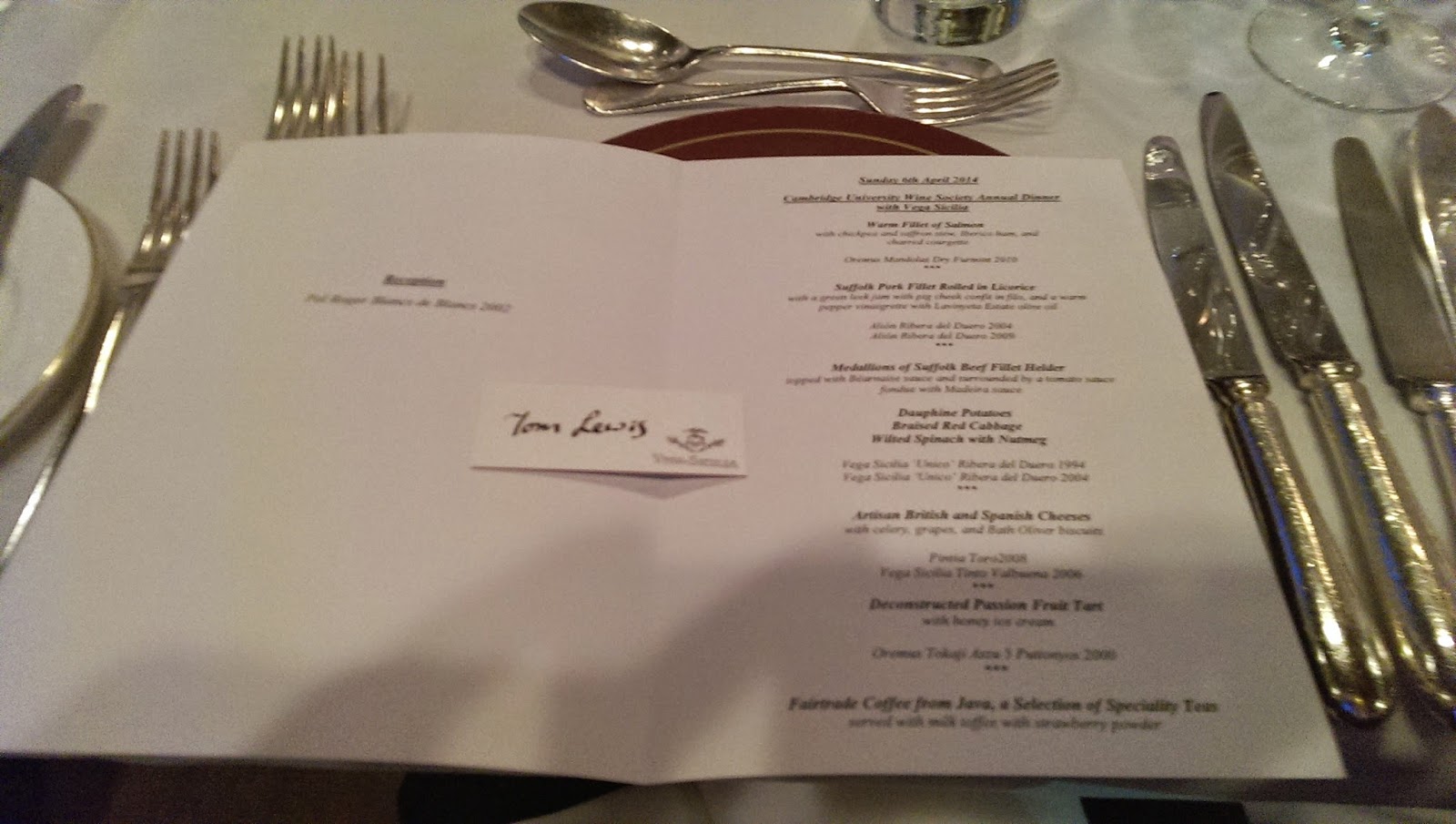 Cambridge University Wine Society's annual dinner this year was a celebration of the 150th Anniversary of Vega Sicilia with owner Pablo Alvarez and winemaker Xavier Ausás.

Vega Sicilia is located in Spain's Ribera del Duero; growing mainly Tempranillo, its wines are consistently rated as not only the best in Spain, but indeed among the very best in the world - as well as among the most difficult to acquire. Production of the flagship wine, Unico, is fewer than 7,000 cases per year.

The dinner was also attended by Serena Sutcliffe MW and was organised by the Society's President, David Beall.

We started in the Back Paddock of St John's College with a Pol Roger blanc de blancs 2002 - fresh, poised and elegant. 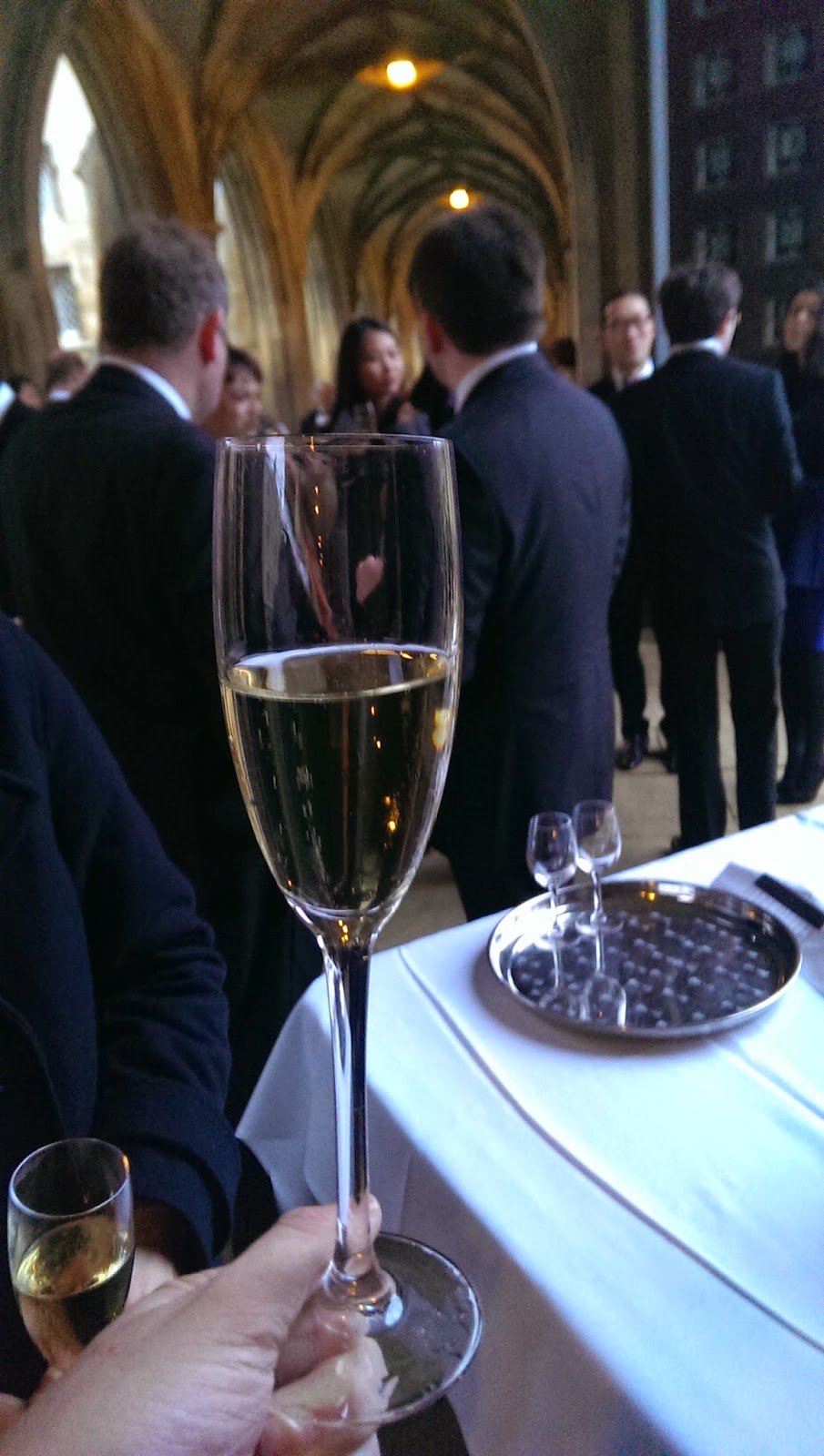 The college dates to 1511; founded by the last will and testament of lady Margaret Beaufort, mother of Henry VII, the dining hall features a C16th hammerbeam roof and linen-fold panelling. 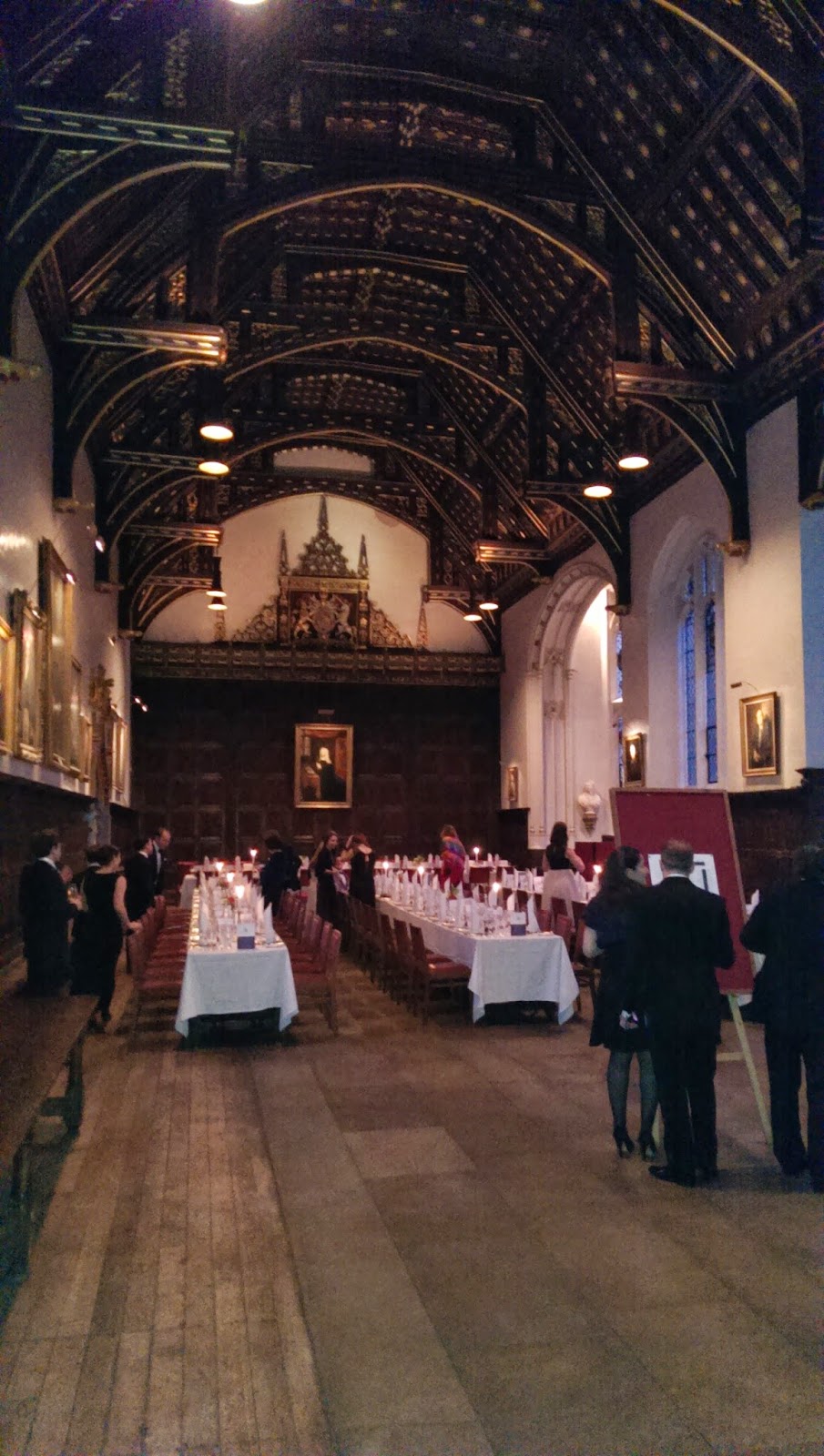 We started with a dry furmint from Vega Sicilia's Oremus estate in Hungary.

I have been a fan of Hungarian wines for many years, but it came as a revelation to many there - perhaps accustomed to more-traditional college-wine fare from better-known and more obvious classic regions.

In any case, it matched perfectly with the starter of salmon fillet, jamon iberico and charred courgette. 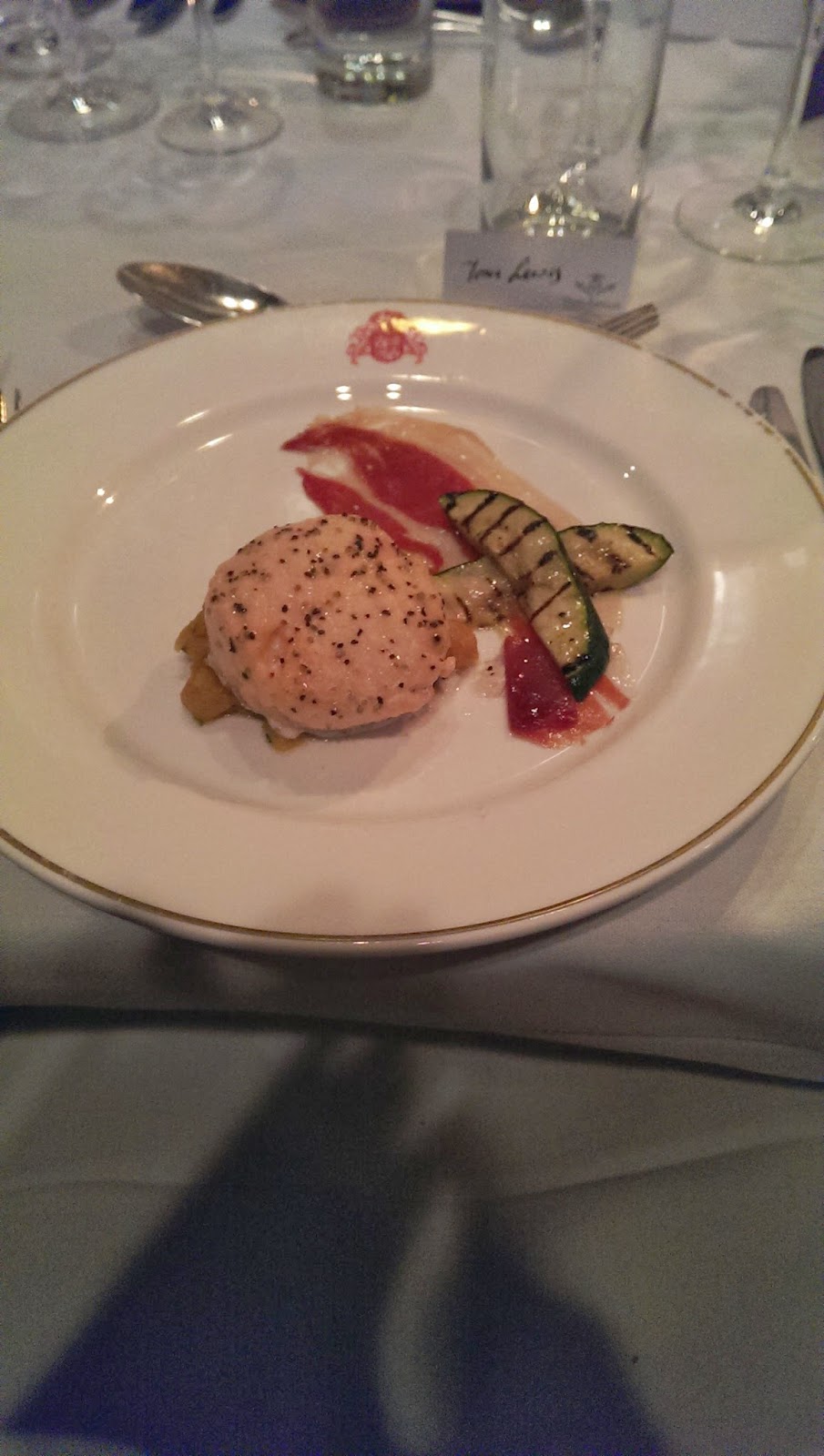 A flight of the second-tier Alion wines was impressive: 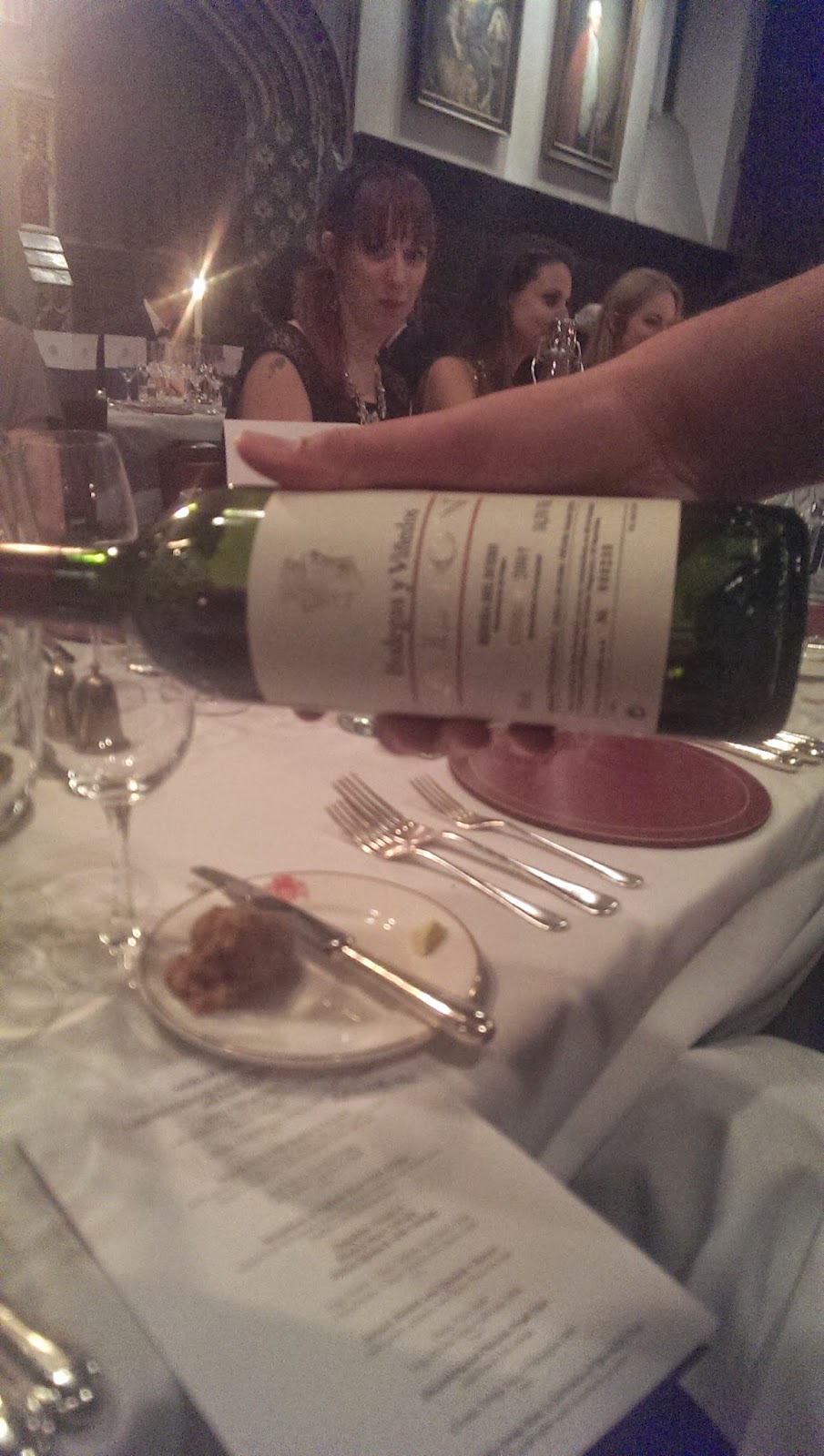 But the star of the night was a vertical of Unico - the flagship wine of Spain's flagship winery; the 1994 was mature and complex, reminiscent of an aged Médoc.

However, the 2004 was quite different - a incredible blast of pure, intense, concentrated, freshly-squeezed black cherry and sour cherry that belied its decade of age. 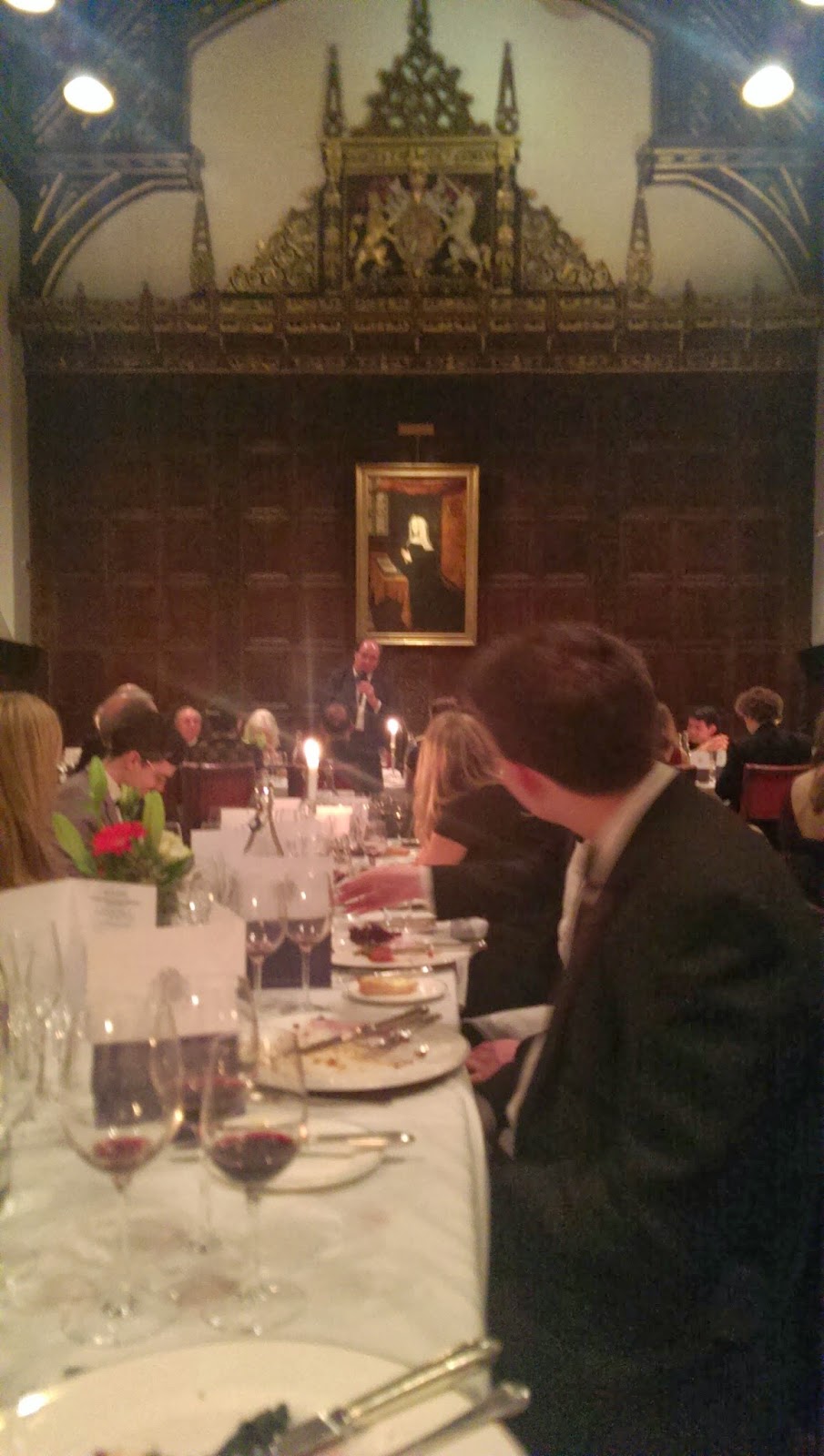 We finish with an Oremus Tokaji 5 puttonyos: 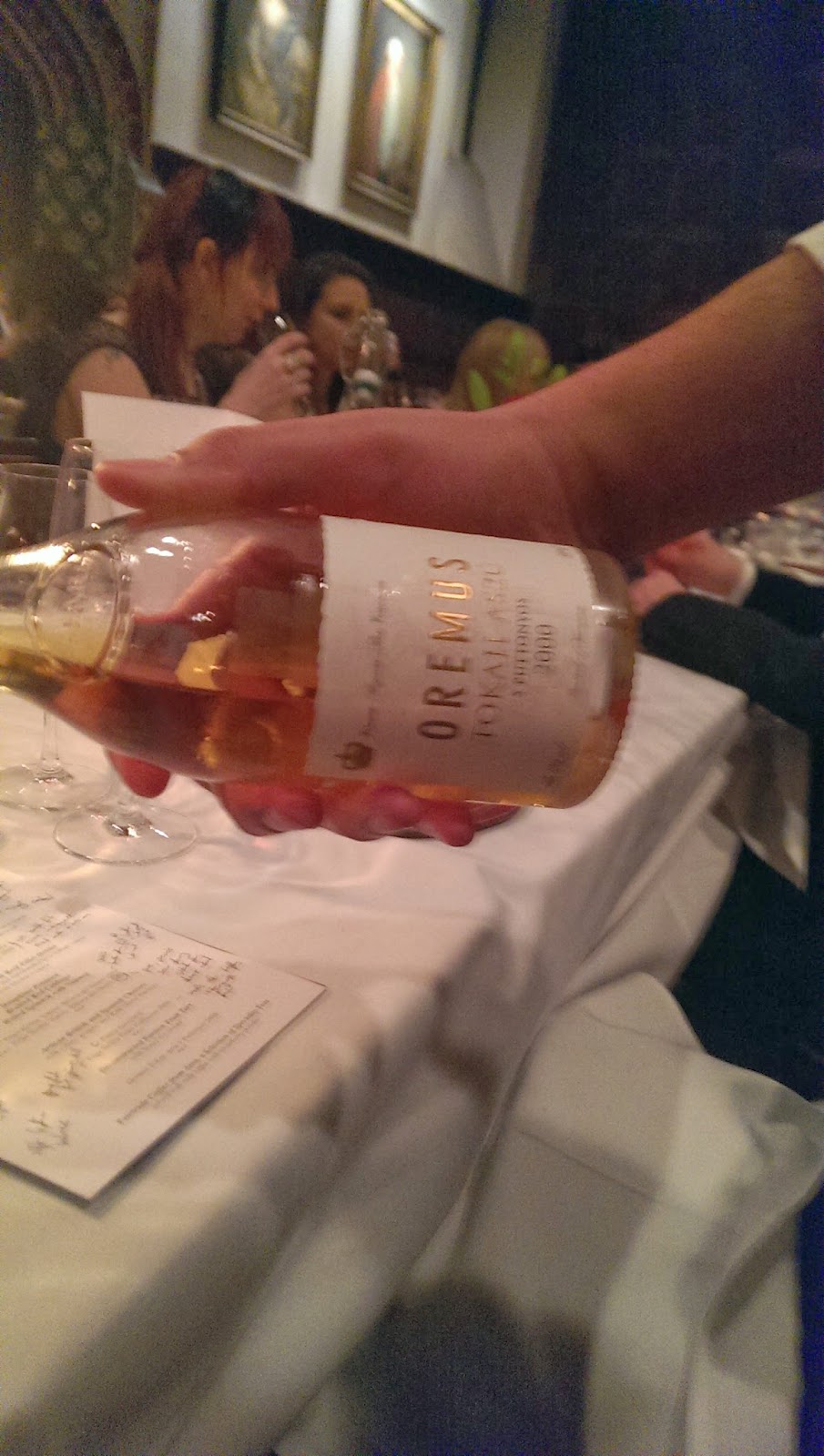 It matches well with dessert: 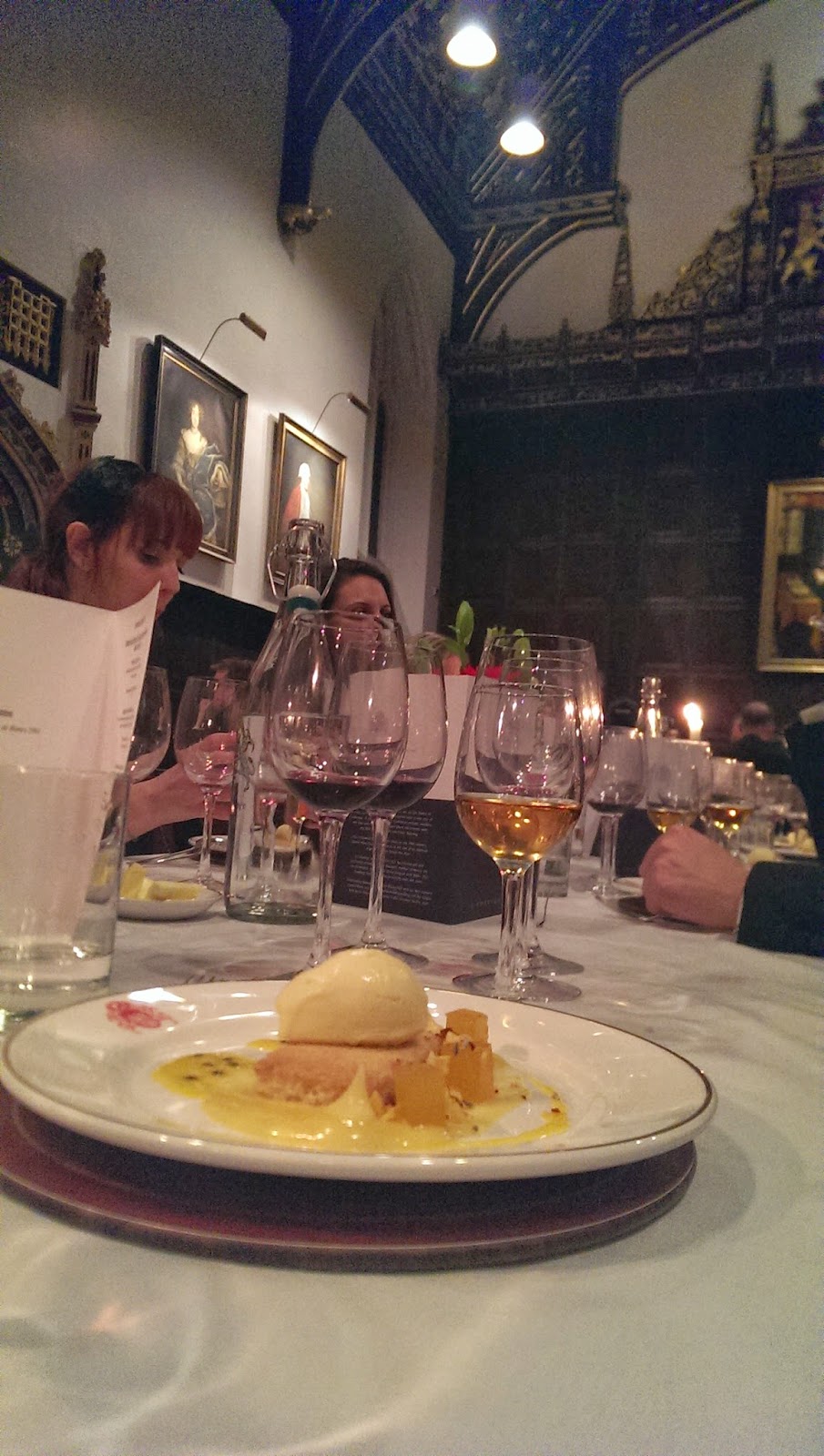 Finally, CUWS President David Beall wraps up, thanks the speakers and sings - whilst wearing his military uniform (form an orderly queue ladies.)

An incredible evening, I attended as a guest of CUWS.