Croatia: A Bit of Geo-Political History 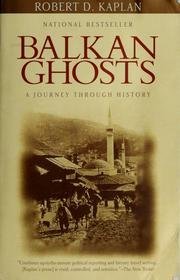 Last week, I went to a Croatian Wine Dinner with Pacta Connect at Hotel du Vin. I had planned to write a brief introduction to the country to set the scene, but it turned into the full-length piece below.

So if you just want to read about the dinner - the Croatian wines and matching dishes - click here.

If on the other hand, a shallow dive through the socio-political, ethnic and economic history of this former-Yugoslav EU aspirant grabs your attention - or if, having read about the dinner, you want to dig a little into the background of Croatia, read on.

It often seems to me that Slavic nations are shaped and defined as much by their neighbours as by themselves - Russia is more than half Asian and culturally looks back to centuries of domination under the Mongol empire for its heritage, Ukraine is a borderland passed over and through and occupied by bigger and more powerful neighbours.

Croatia, by contrast, was a teen-bride forced into an unhappy marriage of states jointly renamed Yugoslavia that never really had any shared identity - as became all too obvious in the 1990s.

If the Slovenians to the north are Little Austrians and the Serbians eastward-looking in their Orthodoxy, Croatians are urbane and proudly Catholic with a mixture of central European and Mediterranean influences.

In Balkan Ghosts, Robert Kaplan explains that Croatia has long been a battleground for East vs West struggles: Capitalism against Communism, Catholicism against Orthodoxy, Rome against Constantinople, Habsburg Austria-Hungary against Ottoman Turkey.

He sees the country as lying on a fault line of the great divisions of history, a crucible for centuries of ethnic, religious and cultural tensions which decades of Communism held barely below the surface: "there were reckonings aplenty here".

In the late 90s, I worked in Croatia for a few months on summer, driving down from my home in Vienna every week through southern Austria and Slovenia.

It was not an easy or particularly pleasant time - the countryside of northern Croatia seemed deserted whilst temperatures in central Zagreb were in the high 30s with rubbish uncollected on the streets and packs of stray dogs; most of the local restaurants were scruffy and basic, in the old school communist style. 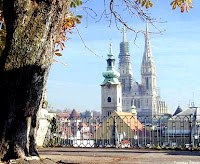 There were buildings in the grand, Central European style, but they seemed rather sad and neglected - a sign not so much of faded glamour but of faded aspiration.

The wave of optimism at the collapse of communism throughout eastern Europe had first dissipated and then turned into a tide of despair as the aftershocks of the Asian currency crisis swept through the region with as much force as the political changes of half a decade earlier.

Against a background of ethnic tensions, politically and economically the country was on its knees and making good wine seemed the lowest of its priorities.

Around the same time, I also took a holiday in Istria in the "armpit" of Croatia just around the coast from Italy and still very heavily Italian-influenced. If there's a certain "Italian shabbiness", Istria took it a step further with Italian-feel "communist shabbiness".

Further south, the Dalmatian coast is rocky, bare and almost lunar in places but hosts a number of ancient Roman cities including the port of Split where tennis champion Goran Ivanisevic landed after winning Wimbledon in 2001.

Moving forwards, a country that seemed like a doomed basket-case is now sitting in the waiting room of EU accession, rather like the more northern states of Czech, Poland, Hungary and Slovakia were a good decade ago.

Like any country re-inventing itself, there is a new wave of people who are prepared to take risks as they have only reputations to gain and not to lose.

The communist approach to wine-making - indeed to all agriculture - was to treat it like an industrial process, focusing on volume and standardisation, not individuality.

Freed from such socio-political constraints and forced collectivisation, Croatian wine-makers are now able to get back to ideas of wine-making as an artisan activity, an expression of local terroir.

This also means they are free to choose their approach, methods and styles; often the average age of the vines is greater than that of the wine-maker.

The way I think of this new breed of Istrian wine-makers is as having a Mediterranean, Italianate love of food and wine combined with the energy levels and ambition of a new eastern European democracy.

As to the future, Trevor sees some seismic shifts for Croatia's wine industry - joining the EU will open up export markets, but will also bring a flood of cheap imports that will challenge producers of basic wines.

In the longer term, however, the best wines will gain the recognition they deserve and prices will increase accordingly.

Email ThisBlogThis!Share to TwitterShare to FacebookShare to Pinterest
Labels: Croatia, General / other