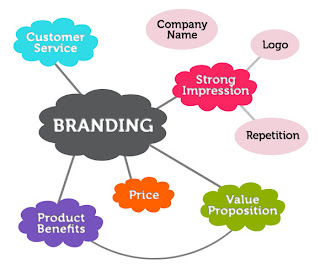 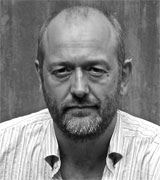 Last night, I had a fascinating chat with ex-journalist and now owner of Cambridge institution, Fitzbillies, Tim Hayward about blogging as personal branding.

We were both at 12a Club for the launch event for Cambridgeshire Wine School, so the setting was highly apt.

Cambridgeshire Wine School is the new venture from vicar turned celebrity journalist turned wine education entrepreneur Mark Anstead. It follows a franchise model and the main challenge initially is simply raising awareness, for which having a website and a twitter account is merely the start.

12a has something of a similar issue as the terms of their licence prevent them from doing any overt advertising and instead it has to rely on word of mouth.

In the audience as well were local Masterchef finalist and now restaurateur Alex Rushmer, local history blogger Caroline Biggs and photographer Jean-Luc Benazet; as it happens, we all do something creative and are all building our personal brands in one way or another, be it for professional purposes or as a hobby.

The conversation kicked off when Tim, who is writing a book, referred to the need to know who your audience is and how you communicate with them, observing that his background in a PR agency had effectively trained him in the way of thinking.

"Of course, you understand branding as well", he said to me. I had not particularly thought of this, but the decade-plus spent counting the beans in various marketing and communications agencies has clearly rubbed off.

In the golden age of advertising, the 1980s, several now-famous novelists such as Salman Rushdie and Fay Weldon plied their trade as advertising copywriters. I had always assumed that they had used their time in agency to pay the bills and hone their writing skills.

But Tim had a more interesting observation; in these brand-building agencies, they had also learn the importance of personal branding.

But where, I asked, is the next generation of ex-agency writers, now that, with the rise of procurement and the fall in client spend, advertising has become more professional and workmanlike ?

Interestingly, the examples Tim gave were of food critics not from creative agencies (still but to a much lesser extent the powerhouses of marketing services) but from PR agencies which are much more closely linked with journalism and selling-in stories.

As I have written earlier, for a while I pondered the idea of trying to make living, or at least a second income, from my blog, but very quickly realised its better potential as a paid-for hobby.

Tim's next observation was another insight - the blog may be a mere paid-for hobby for now, but it is also building a personal brand. Right now, I have not yet found a way to commercialise the blog - and maybe I never will - but I am building up the equity in "brand CambridgeWineBlogger".

I find it rather ironic that as a company director who wants to know the return on investment of everything we do, I have invested a huge amount of time in the blog for negligible financial return - if I were a mere shareholder investing for a profit, I would have pulled the plug a long time ago.

Building a personal brand is something that celebrities instinctively understand - and yet it was precisely because he sees a decline in celebrity journalism that Mark Anstead decided to give up his day-job to run Cambridgeshire Wine School.

Where the money goes from here is anyone's guess - Tim talked about the need to keep fingers in various pies and just keep trying things to see what succeeds as the future works itself out.

The one analogy I can draw is with the music business where, essentially, you give away the album for free and make your money with the tour (plus associated merchandising); what has become valuable is not the (standardised) product, but the (unique) event.

How to apply that to wine blogging is unclear, but the zeitgeisty informal offering of Cambridgeshire Wine Schools, based around populist events, is not too far away from the music business model.

Cambridgeshire Wine Schools have spotted that gap in the market, for whilst technology and habits will change for sure, brands are here to stay.


For more on the launch event itself, see these blogs: