Three Département Wines - And A Masterclass 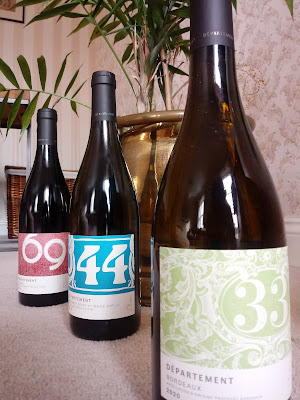 Three new wines from Liam Steevenson MW's Département Wines, presented by Mark Pygott MW
I'll be honest, a Muscadet, white Bordeaux and Beaujolais have me thinking more of the '70s than of a new and innovative winemaker or region.
But as MW Mark Pygott explains, form is temporary, class is permanent.
He goes on: the problem is that fame encourages the less scrupulous to cut corners that can damage the reputation (form) of the region. These wines highlight what made these AOPs famous in the first place - Quality, Distinctiveness & Drinkability.
The wines are part of the Vineyard Productions portfolio which I reviewed previously, here, and here and found to be very well made and sophisticated - as you would expect from a company founded and run by two Masters of Wine.
The intention for Département Wines is to show the best of what each region can do, not so much to be a benchmark but more of a benchmark-plus.
Département Wines follows the process established by Vineyard Productions in working with existing winemakers to make enhanced versions of existing wines in small-ish quantities initially, increasing volume over the years.
This allows Liam Steevenson to make wine across the globe without needing the capital to buy a winery; the winery gains an additional customer and access to an MW's technical input in a risk-free experiment.
Mark picks up the story on each wine. 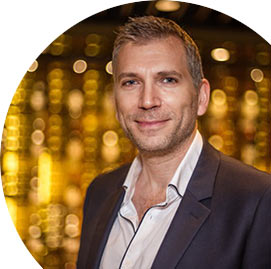 No. 44 – Muscadet Sèvre et Maine sur lie, 2019
For many years, much of what was produced in this cool coastal region of Northern France was viewed as a poor person’s Chablis, but thankfully times have changed.
What was once cheap and occasionally cheerful has become a consistently reliable source of inexpensive refreshment, and one that deserves to accompany the briny oysters that are the signature entrée to any meal served at the Atlantic end of the Loire valley.
‘Reliable’ is fine for the majority, but we prefer to deal in the realm of ‘excellence’ and so have worked with a wine grower and winemaker who try very hard to push the level achievable with Muscadet to the limit.
Here we have texture, a result of the seven months our wine sat undisturbed above the lees. There is concentration, a reflection of these organically farmed old vines’ (planted in 1950 and 1987) habit of producing less quantity but increased quality.
And we also have a little bottle age, only a couple of years perhaps, but this has allowed the wine to grow into itself and become a benchmark for this Département.
white flowers, white stone fruits and vanilla; fresh and citrussy with orchard fruits, stone fruits, honeysuckle, herby fennel-and-dill and some sweet spices; savoury breadth and good underpinnings with mid-palate texture from lees aging.
Very Good.
Drinking nicely now; will age for another year or so.
Match with seafood, creamy white cheese or light starters.
No. 33 – Bordeaux Blanc, 2020
Brilliant and affordable red wines from Bordeaux…that was always going to be a challenge, but an outstanding white Bordeaux that doesn’t break the bank?
We knew we could do that. Bordeaux grows a lot of Sauvignon Blanc and as we have had plenty of experience with making world class Sauvignon in New Zealand, we were very keen to do the same here.
The minority partner to our Sauvignon is old vine Semillon, a variety which buffs the edges off Sauvignon’s angularity to give a wine rich in texture as well as aroma.
Our goal was to make a Bordeaux Blanc that performed like a fine wine but whose price tag was much less intimidating.
We believe we have done that; we hope you do too.
2 parts SB to 1 part Semillon from the Entre Deux Mers region; several hours' skin contact, fermented with a "Marlborough-style" yeast for lifted aromatics and aged in 100% new oak, the result is a Graves / Pessac-Leognan lookalike.
expressive and aromatic with classic lifted kiwi / grapefruity thiols; yellow stone fruits and tropical guava and pineapple; rich, broad and savoury with brazil-nut creaminess and some sweet, minty spice; good underpinnings, very long and harmonious.
Very Good.
Drinks nicely on first pouring, gains complexity with aeration; will age for several years.
Match with herby pork terrine, white fish with herbs or roast chicken.
No.69 Fleurie, Beaujolais
When people hear the word ‘Beaujolais’, the style of wine that springs to mind is generally one that is lithe and light, a quaffer or ‘vin de soif’ as the French would say.
Even when the famous villages are highlighted on the label, there remains the expectation that what you will taste might well be delicious, but it could also be rather simple. Well, we wanted something more than this.
Of course, ‘deliciousness’ was not something that we were prepared to sacrifice but we also wanted some scale and depth to our Fleurie to show the complexity possible from this famous ‘cru’.
By using fruit from the high slopes above the hamlet of Poncié, we have ensured that the fruit style is one rich in red fruit (due to perfect exposure to sunlight) but also framed by finesse (a result of the cool nights achieved at this altitude that allows the grapes to retain their perfume).
A period of ageing in some of the very best barrels and wooden vats was not done to add any obvious flavour or aroma but to add silkiness of texture.
This instantly creates the impression that you are in the presence of a Fleurie of the very finest kind, and therefore a rather regal representative of Département 69.
from a warm year giving 14% alcohol, lifted dark fruits, musky sous bois and spice; ripe, juicy dark cherries and elderberries with menthol-eucalyptus, sweet vanilla and a custardy-inky texture; vibrant, fresh and harmonious, complex and savoury with a slightly warming finish.
Very Good.
Match with roasted red meats, including venison, rosemary-and-garlic lamb or peppery roast beef.
Drinks nicely on first pouring and will age for five - 10 years.