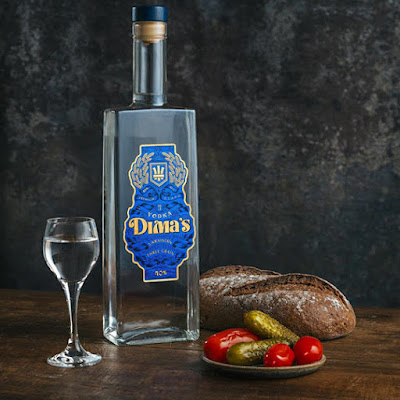 A Ukrainian vodka, made by Dima

The Ukrainian word for vodka is horilka; vodka (VOHT-kah) is the Russian diminutive of the word for "water" whereas "horilka" refers to the "burning" process of distillation.

A Russian once told me around the time of the collapse of the Soviet Union and the subsequent chaotic hyperinflation: you westerners drink because you like the taste. In Russia, we drink to get drunk and forget how bad our lives are.

My experience of Ukraine has always been less harsh than in Russia; the winters are shorter and the land more fertile. Instead of never-ending taiga and silver birch forests, there are rolling hills and river gorges in the part of western Ukraine that I visit most.

And Kyiv has a Mediterranean vibe with an open, western-leaning, metropolitan feel that is recognisably European where Russia has always felt somewhat alien, more eastern than European. 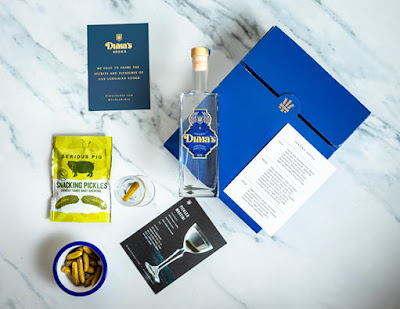 I first visited the then-Soviet Union in 1991, making new friends in the Urals mere weeks before the failed coup and house arrest of Gorbachev that precipitated the collapse of the country in many ways.

By the time I arrived in Kyiv a year later, that country had been birthed into an independent state whose creation was more the start of its problems than the end of them.

In subsequent years, I went back to Russia only on business; travelling only to Moscow and staying in upmarket hotels, meeting mostly with linguistically-challenged expats living inside the bubble, I saw little of what everyday life was like for the locals.

This was not the real Russia.

By contrast, my experiences of visiting Ukraine were more authentic and perhaps because of that, perhaps because Ukraine is a more of a European nation, I have a greater fondness for the country, even though I speak less of the language.

Ukraine's name means borderland and it is a long-standing mixture of various people's backyards - originally Kievan Rus, the "common ancestor" of Russia, Belarus and Ukraine, it has since been fought over and ruled by Poland, Lithuania and Russia, with Turkish, Cossak and Austrian elements.

This makes Ukraine something of a patchwork nation, with different influences in different regions.

My adopted region of Ukraine could be called southern mid-west, close to the Moldovan and Romanian borders and overlooking the Diester river (the back story of my relationship with this area is here). This is a pastoral region of rolling hills and fertile soils with peasanty foods; smallholdings with crops, fruit orchards and livestock plus freshwater fish. 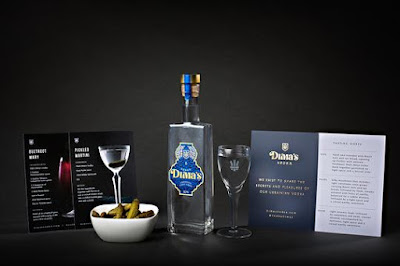 Handsomely presented, with the Ukrainian tryzub (trident), the vodka is made from three different grains, barley, wheat and rye, for a richer and more rounded flavour profile, crystal-clear clarity and an enviable velvety smoothness.

Dima's Vodka (£35, 70cl) yeasty-pastry nose with a touch of nail polish; rich, full and long; viscous and warming with some alcoholic bitterness. Elegant and refined. 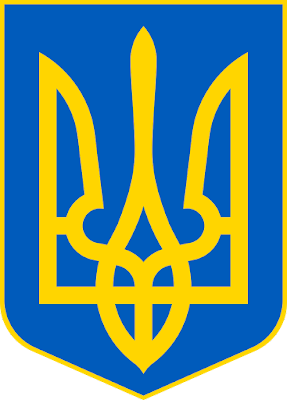 Zakuski are snacks, small bits of food to consume after your shot of vodka, serving a similar function as pintxos or tapas, but more closely related to the Scandinavian Smörgåsbord or Ottoman meze.

Warm zakuski include vareniki and pyrohy, akin to dumplings or ravioli - filled pillows of dough with mashed potato, meat or sour cherries (as a dessert) served with butter, fried onions and / or sour cream.

Dima is fond of pickled cucumber and says: we always serve it with a pickle, which is the traditional serving in Ukraine. The pickle is a powerful little thing with an explosive taste profile – its saltiness perfectly complements the sweet smoothness of our vodka. 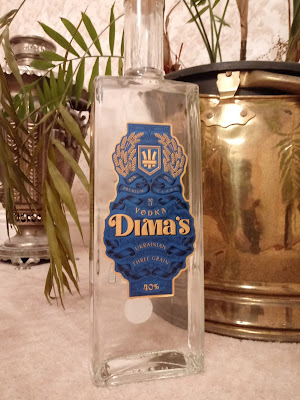 Toasting is an important part of Ukrainian culture; traditionally, you gather at a table groaning with food and take it in turns to say a toast, followed by a shot of horilka and some strongly-flavoured food.

Dima explains the significance of "budmo" (pronounced Bood – more) on his website:

Budmo is at the heart of all Ukrainian celebrations and encompasses far more than just saying "cheers".

Budmo means ‘let us be’ and is the shortest and the most popular Ukrainian toast. Budmo is said to originate in Cossack times when the Cossacks would gather for a meal and each in turn had a chance to say “Budmo” followed by their wishes for their friends.

Ukrainians are earnest toastmasters, and a party is not a celebration without a series of toasts, which follow a strict hierarchy.

The first toast is usually proposed by the host, for the meeting (za zustrich).

The second glass is usually raised for friends (za druziv).

The third toast, for women (za zhinok), is given by men while standing.

The last toast of the evening is always “Na Konya!” (Literally translated as “on the horse”).

It is the Ukrainian equivalent of ” one for the road” and comes from the time when the Cossacks would have had a last drink before galloping away. Coupled with the famous pickle, Budmo is a key component of a true Ukrainian vodka experience .