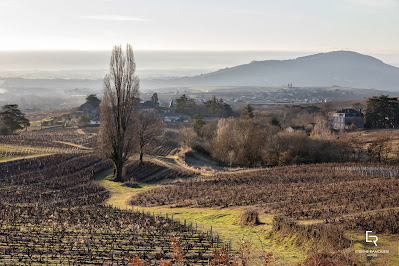 Beaujolais is one of my favourite wines; I rather prefer it to red Burgundy, from just up the road, which costs many times more.

Beaujolais is based at the southern end of Burgundy and grows mainly thin-skinned Gamay on schisty or sandy soils. The wines are fresh, juicy and light.

As you move up the Villages to the Crus, they gain complexity and substance.

Say Beaujolais and many people will automatically think of Nouveau, the overhyped, oversold, over here current-vintage wine released in the November after the harvest.

Away from this somewhat discredited style, top Beaujolais can be a serious wine with substance and aging potential. And all points in between.

Although Beaujolais has become unfashionable due to Nouveau shenanigans, it remains popular in nearby Switzerland. As a result, prices at the bottom tend to be relatively high (due to well-heeled demand) so the best price / quality value is to be found nearer the top, where it does not command the premiums of Burgundy.

- Cru Beaujolais from a named village

Both wines here were bought on discount. 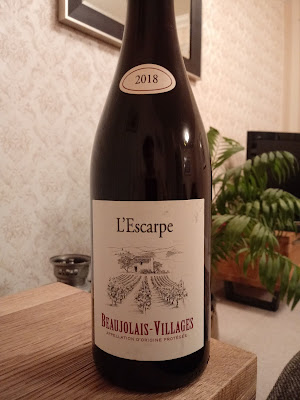 L'Escarpe Beaujolais 2018 (Lidl, £5.99 - £3.50 on special offer) soft red fruits of strawberry, red cherry and red plum with some spice and herbaceousness. Juicy, fresh and well made with nothing not to like.

Thoroughly pleasant, if a little straightforward.

Fresh enough for a winter aperitif, match with pizza, salamis or parma ham. 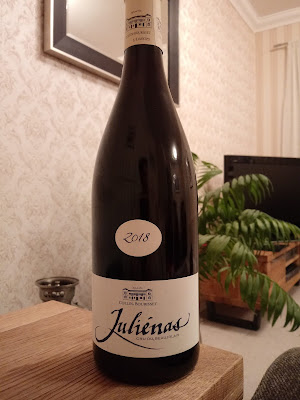