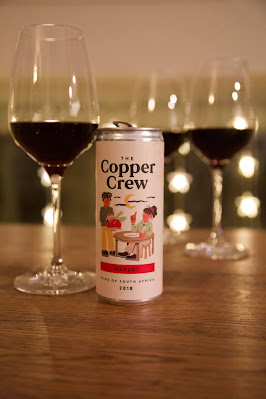 A red wine in a can from Copper Crew

Last year, I reviewed two canned wines from newly-formed Copper Crew, a white and a rosé, both from South Africa and both perfectly drinkable wines in their own right.

If wine in a bottle is a sit-down meal, canned wine is the equivalent of a take-away; it's all about the convenience and spontaneity and Copper Crew drinkers have made an art form of taking the wines to instagrammable locations: 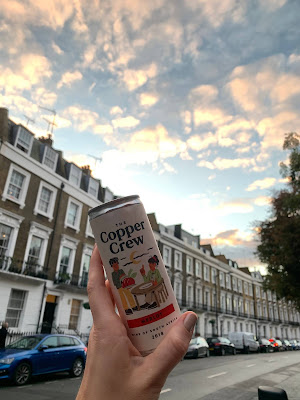 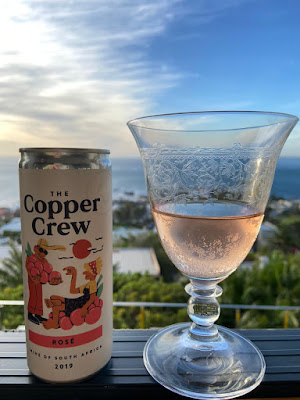 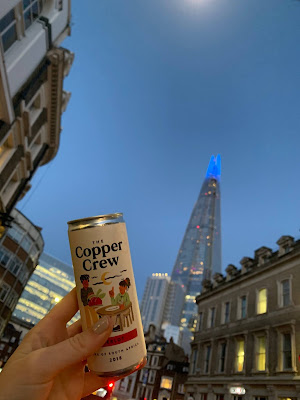 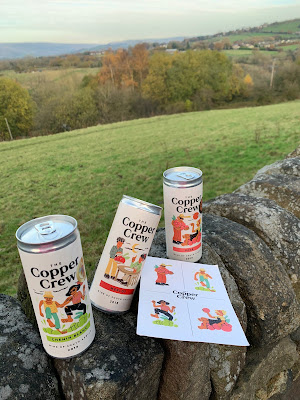 The last picture here is by Manchester-based PR Francesca Gaffey (also my inaugural dnkrbywine twitter bottleswapee), overlooking the Peak District hills where I used to cycle at weekends as a teenager.

Copper Crew named their business after the fact that they are all gingers, so it's slightly ironic that they left their red wine until last.

There are just three of them, a winemaker, a management consultant and an ex-academic turned promotional guy. Spotting a gap in the market, they launched in early 2020 - just before the pandemic and lockdown.

The wines are pitched at the pleasant-and-interesting level; this is the sweet spot for on-the-go drinking. They are good enough that you will want to go back for more after the first can, but not so refined that you need to serve them in just the right shape of drinking glass to appreciate all the nuances.

Where I think they've got everything right is that there is plenty of easy-drinking South African fruit, but also a balanced freshness and enough substance to match them with on-the-go snacks and picnic foods.

I found the rosé to be the most interesting of the range with some complexity and sophistication. The white has a personality, but is marginally less compelling. The red is equally well-made and as pleasantly unassuming as an accountant eager for a promotion at a corporate dinner.

The Copper Crew Merlot 2019 (25cl can) ripe red fruits, plums, cherries and strawberries and a touch of spice; plush with fine-grained tannins and some persistence. Technically well-made and fault free.

Drinks nicely on its own straight from the can, match with picnic foods such as quiche, cold cuts and pork pies.

Postscript: resampled a few months later as part of a tasting, I find it has dramatically improved, becoming more open and interesting.

As all three founders of the company are on the call, including the winemaker, I ask about this. Sam, on the line from South Africa, tells me the wine is canned with a small amount of oxygen as it is designed to be consumed young and, unlike bottles, cans are hermetically sealed.

However, his view is that the change is due not so much the effects of the oxygen as just the different  constituent parts of the wine all settling down together over time.