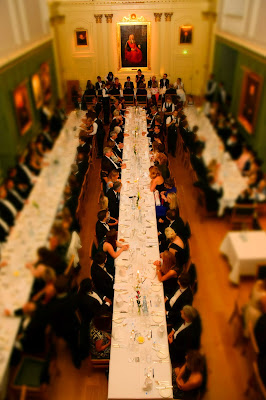 A Friday evening saw me heading, in black tie, with Mrs CWB to Trinity Hall to host a dinner with wines from Private Cellar. 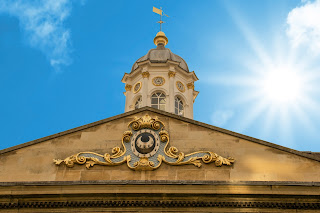 Set in a Cambridge college, there was something of an educational theme to the dinner, with the wines introduced by MW Nicola Arcedeckne-Butler, a collection for the Centre for Computing History and speakers who touched on the need to keep learning to stay ahead of the bots. 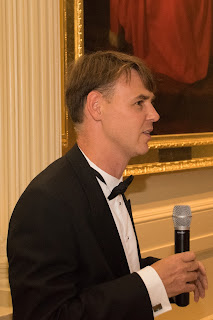 With a fizz on arrival, a Champagne-style BdN from Chablis, Private Cellar had expertly matched the wines our dinner: a toasty, peachy Albariño with fish rilettes, a spicy, expressive Chateauneuf-alike with quail-and-black-pudding wellington and a complex, barrel-aged Sauternes-alike from Sainte Croix du Mont to complement dessert.

Three of the wines were alternatives to classics that would be priced significantly higher if they were able to carry a more illustrious name; the Albariño, something of an outlier, is not a classic wine, but was simply delicious. 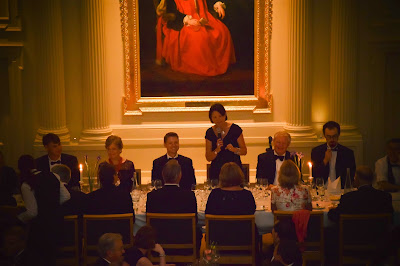 All the wines were excellent and well-judged; for me, the complex sticky was wine of the night with the approachable and characterful Rhône a close second (and also the popular favourite).

Nicola has written more-detailed tasting notes for each wine:

Crémant de Bourgogne P100 Blanc de Noirs, Simonnet Febvre NV Despite being made from the same grape varieties, on the same soils and with the same climate as their near neighbours in Champagne, Crémant producers in Chablis cannot ask the same price for their wines, which makes them the go-to fizz for the canny drinker. Made from 100% Pinot Noir, Simonnet Febvre’s is deliciously creamy and rich with a lovely biscuity finish, and mighty tricky to discern from the real thing.

Albariño Robalino, Señorio de Rubios, Orixe Rías Baixas 2015 Albariño is one and the same as Portugal’s Vinho Verde grape, but the wines it makes in each country couldn’t be more different. Señorio de Rubios is the product of a group of small growers looking for a way to minimise their costs whilst making the best wines they can – so like a co-operative except it is private rather than state-led. Gorgeously fresh peachy fruit on the nose, floral too, with a hint of sherbet and lime flowers on the palate, really refreshing and truly delicious.

Château Beauchêne Premier Terroir, Côtes du Rhône 2014 The 2012 vintage was served at dinner but we drank the last few bottles that night! This is the follow-on vintage. Château Beauchêne’s Premier Terroir sits on premium Châteauneuf vineyards but without the name (thanks to some moving of the AOC goal posts) and, as such, it can be relied on to produce premium wines year after year. 2014 was a cooler vintage than many a recent one, but a late harvest allowed the fruit to develop a fabulous spectrum of flavours. Deeply coloured with a nose of gorgeous blackberry fruit, spiced and rich, with lovely ripe tannins behind the fresh fruit on the palate, this is a real star of a wine which will evolve over several years.

Château des Mailles, Sainte Croix du Mont 2010 Clustered around the Garonne river south of Bordeaux you find a huddle of sweet wine appellations, the best known being Sauternes and Barsac. Directly across the river from Barsac is Sainte Croix du Mont, producing deliciously ripe, plump sweet dessert wines, perhaps without the gravitas of Sauternes but at hugely attractive prices. Château des Mailles is rich and sweet, floral on the nose with a hint of orange zest, lovely and leafy with the trademark touch of noble rot on the palate. Superb. 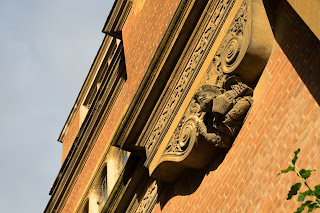