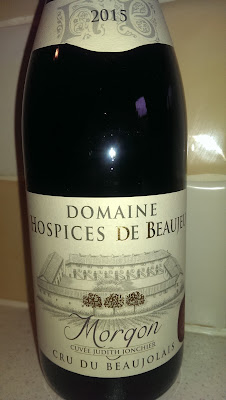 A Beaujolais Cru via From Vineyards Direct

At its best, basic Beaujolais is a fresh-and-fruity glugger; a fresh, young red wine for easy drinking. The Beaujolais Crus offer something a little more complex but with the same cherry-fruited juiciness.

This Morgon via From Vineyards Direct is fuller and more substantial than a basic Beaujolais, but also has compelling, assertive vibrancy; it is quite a bargain, too.

Drink slightly chilled as an aperitif or match with anything from mixed antipasti to lamb stew. 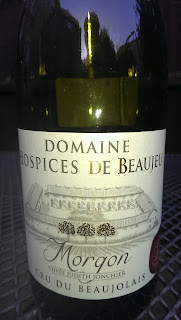 Despite its rather old-school name From Vineyards Direct is a relatively new outfit; set-up in 2006 by David Campbell, inventor of the Guide Hachette des Vins and holder of the Légion d’Honneur, with Esme Johnstone, former owner of Château de Sours and co-founder of Majestic Wine, it offers a small range of wines, imported directly from the growers.