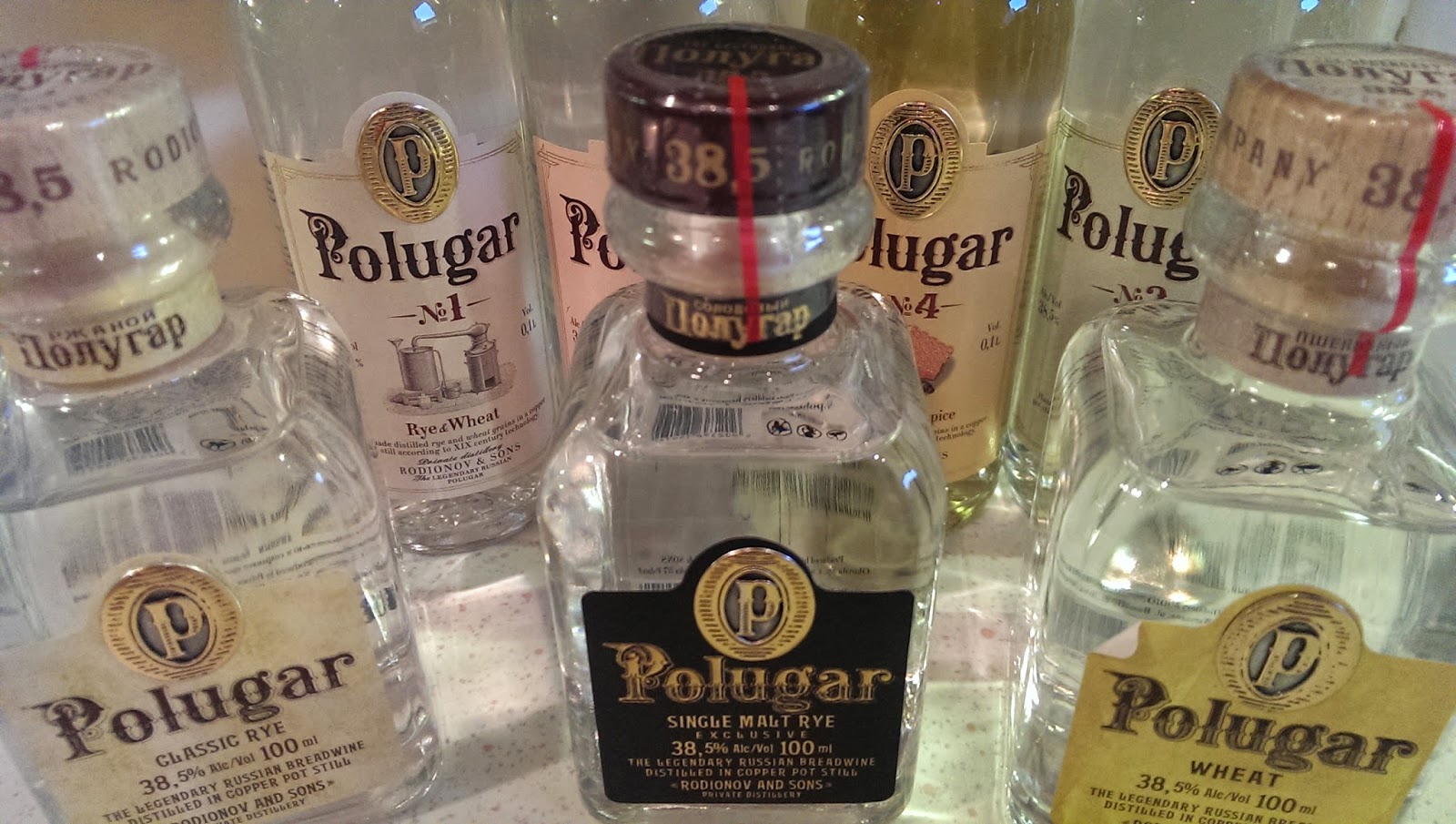 Russia has made few friends and antagonised numerous others with its foreign policy in 2014, to the extent that it is now on the receiving end of a number of sanctions.


These Polugar vodkas invoke a Russian heritage but are actually made in Poland, so are presumably not affected.
They were banned by Russia's overbearing, rapacious, imperial ruler in the C19th, but have been rediscovered and restored by the Rodionov family based on historic research.
Current Russian legislation still does not permit these grain-based distillates to be made in the country.
Made from grain and spring water, they are purified using birch wood charcoal; they have a distinctly bready aroma and flavour that is more complex and less harsh than any vodka I have ever tried.
Previously, the nearest thing I'd had to a bread-based drink is the dark-brown, frothy, malty-bready, sweetish kvas.
These are quite unique.
Single grain range
Wheat doughy-bready aroma; long, intense and warming, but lacks the bitterness of traditional vodka.
Single Malt Rye adds aromas of rye bread and meadow grass.
Classic Rye aromas of freshly-baked rye bread with a touch of sweetness and spice.
Infusions range
No. 1 Rye & Wheat doughy, with freshly-baked, home-made breadcrust; sweetness, warming finish.
No. 2 Garlic & Pepper pungent roasted garlic aromas; warming, lingering pepperiness.
No. 3 Caraway pronounced, complex sweetly spiced aromas and flavours of central-Asian-style caraway bread. This really brings back memories of living in the Soviet Union.
No. 4 Honey & Allspice sweet, floral honey and warming allspice. Unsurprisingly.
Match with traditional Slavic zakuski - rye bread, pickled cucumbers, kolbasa, boiled potatoes with butter and dill, preserved bell peppers and tomatoes.

Further reading on Russia
Russia, MH17 and the West - A web of lies
The Missing Quadrant - Ukraine, NATO Enlargement, and the Geithner Doctrine