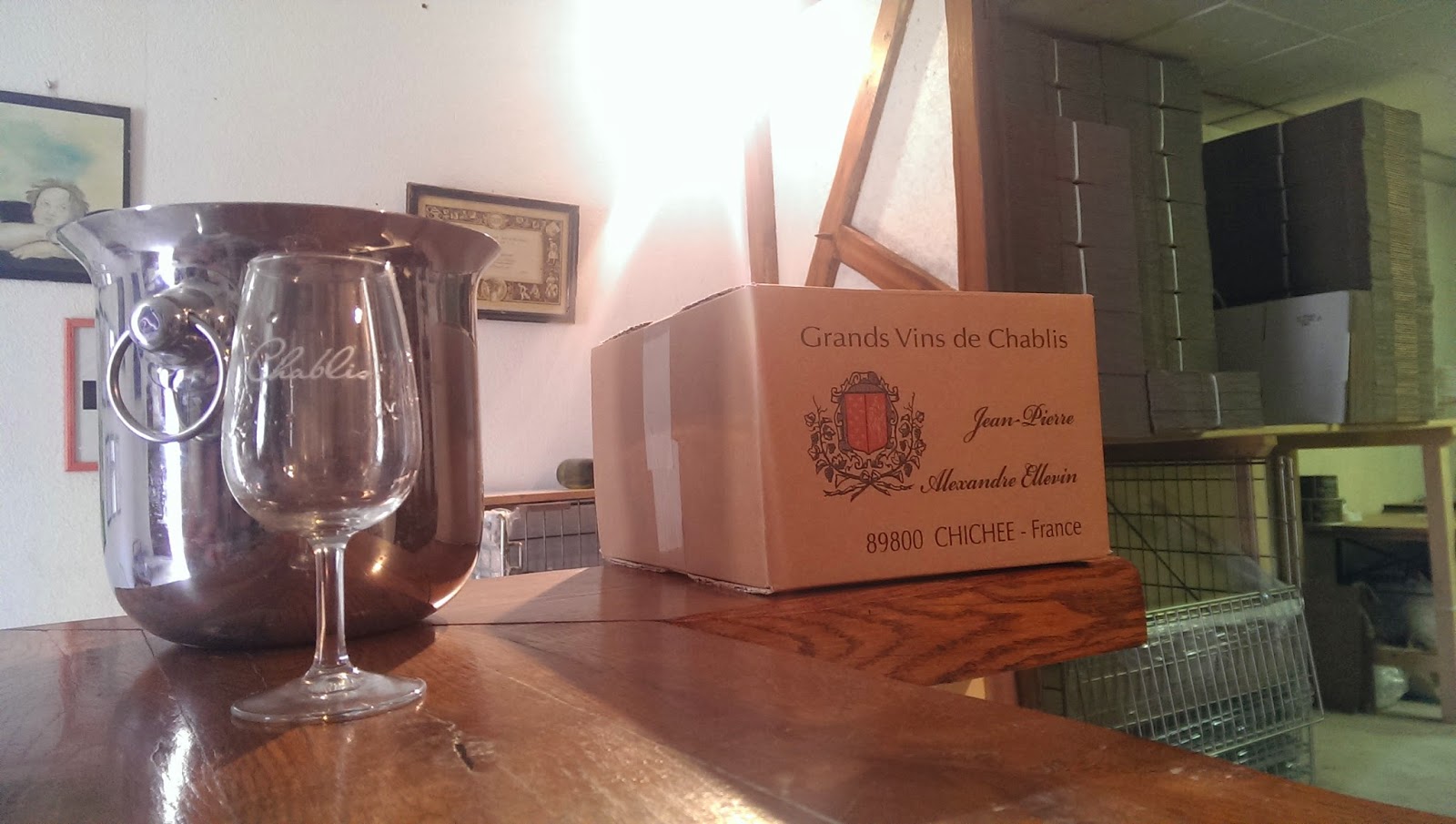 
Chablis is not a big place, a modest market town with a riverside and various remnants of a mediaeval past.
The appellation of Chablis covers both the vineyards surrounding the town itself and those of 20 neighbouring villages. Just a few miles south, in the village of Chichée, is Domaine Ellevin.
We had contacted owner Alexandre Ellevin in advance and arranged to meet up on our way back from a holiday in southern France - Chablis being pretty much half way between the Rhone and Calais. 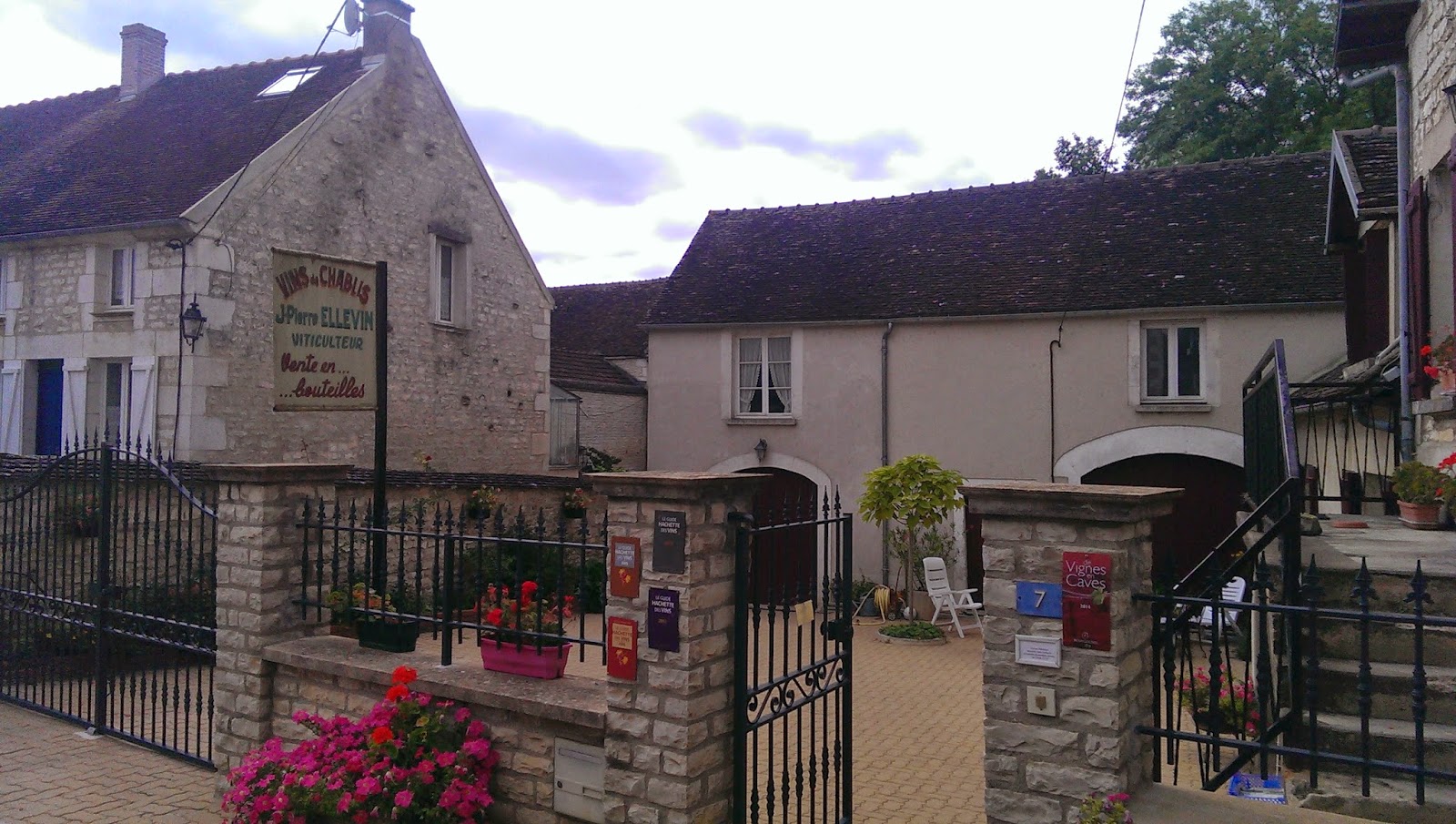 Working out of a converted garage, Alexandre has a small tasting area hung with maps and the various awards his wines have won over the years.
Beyond is a bottling line and storage area; he farms 16ha but supplies most of his wine to a negociant with no trouble selling the remainder himself - there was pretty much only current vintages available of his four wines. 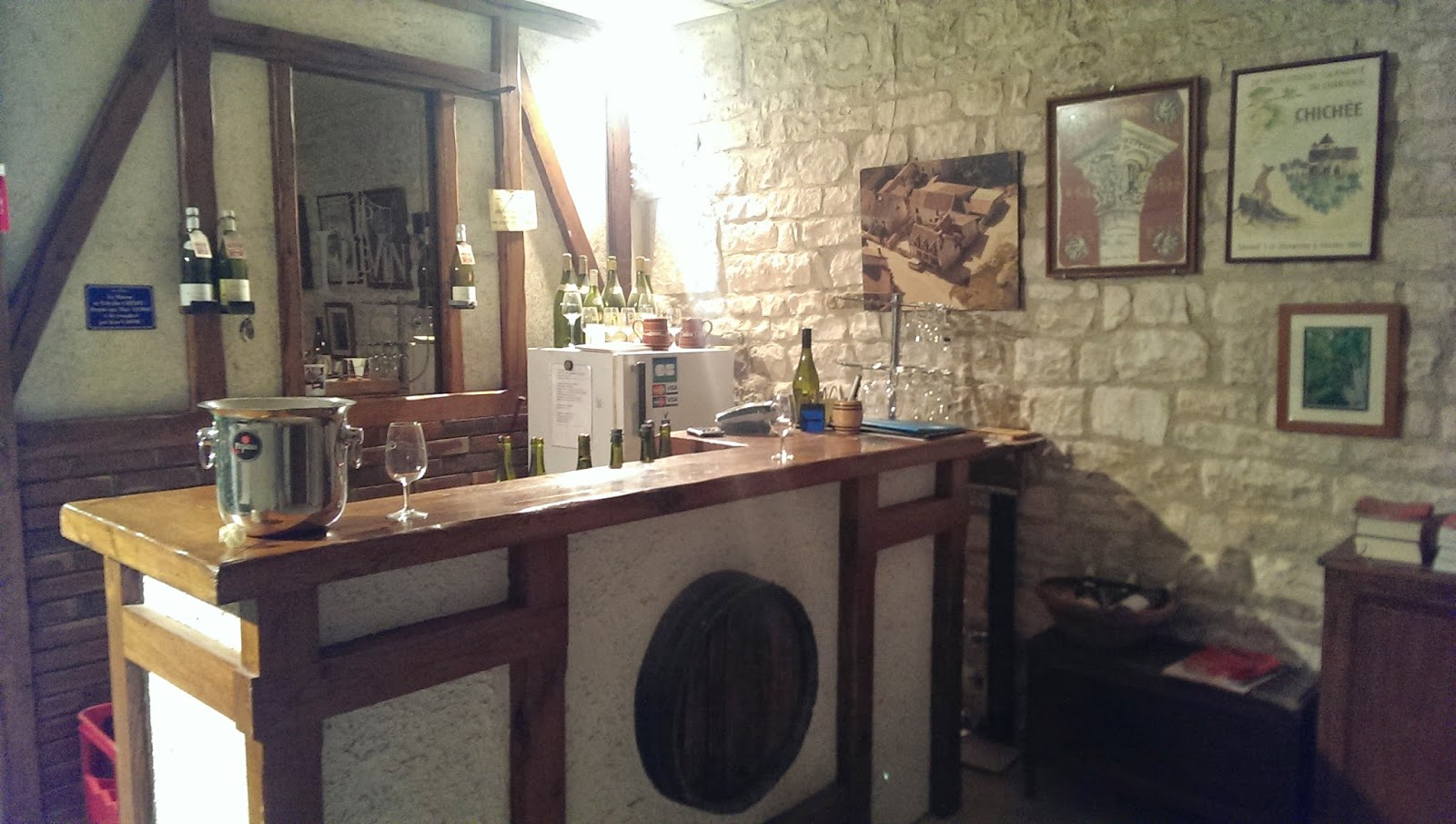 Describing his choice, Alexandre explained that he has greater freedom with a negociant - the local co-op would take his grapes en masse, but would require his entire crop.
By contrast, a negociant, working through a courtier (middle-man), would agree a set price for a predetermined amount of finished wine which it would bottle and sell under its own label allowing Alexandre complete freedom to do whatever he likes with the remainder. 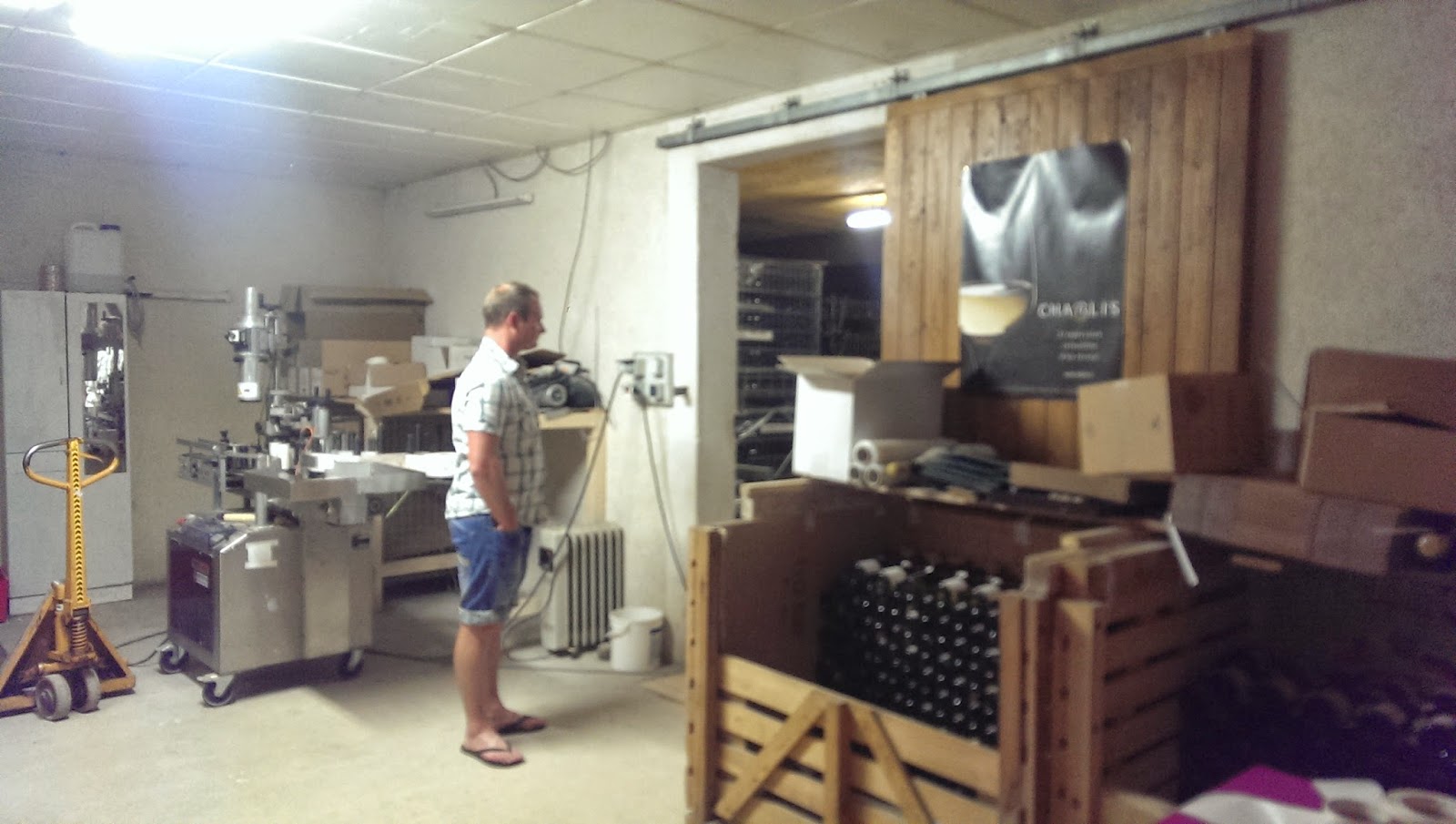 We tried all four wines; if the petit Chablis is a crisp, uncomplicated aperitif, the AOC Chablis has more complexity and underpinnings.
Most impressive, however, are his two Premiers Crus, from Vaucoupin and Vosgros. In the arcane nomenclature of Chablis, Premiers Crus are in the second rank of vineyards after the top seven Grands Crus.
Both wines have the taut, steely precision and intensity that is characteristic of top Chablis; the Vaucoupin showed a little more fruit and is just ready for drinking now whilst the Vosgros is still intensely mineral and needs longer in bottle to open up.
We bought as much as would fit into a car boot already groaning with holiday stuff and bottles from other wine regions we had visited. It was an easy choice - the two Premiers Crus are not only the best, but also ridiculously good value at under €10 each.
Other related articles
Pure Chablis - the tour
Pure Chablis - the overview
La Guintrandy