Les Pionniers 2004‏ At A Decade 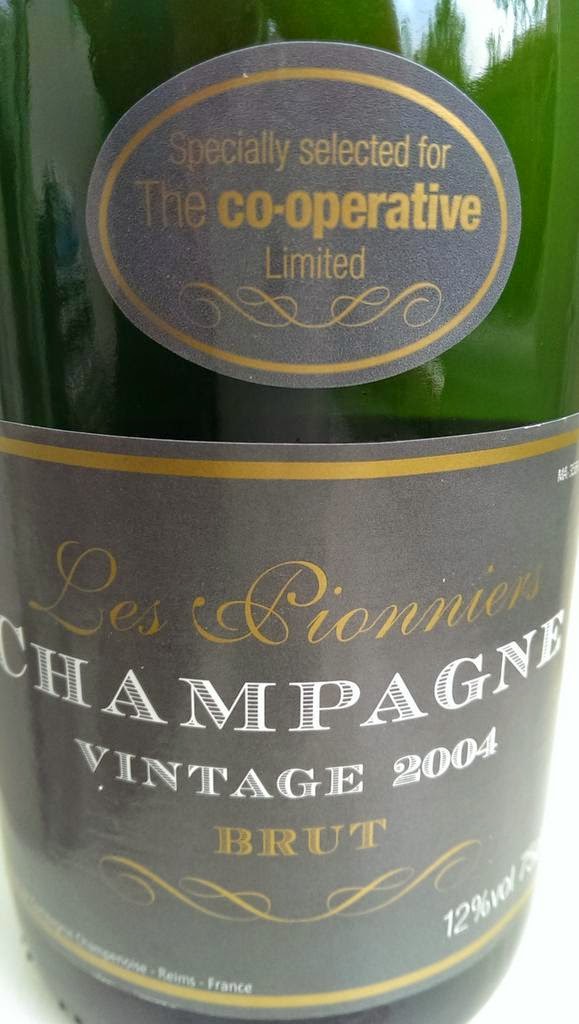 Now at a decade of age, this Co-op vintage fizz is only just starting to feel mature - I first reviewed it in 2013 and felt it would continue to improve with age.

A year on, it has developed noticeably and just been awarded awarded three “World Champion” titles at the Champagne & Sparkling Wine World Championships 2014*.

Made in partnership with Piper and Charles Heidseick, it is a blend of 39% Chardonnay, 46% Pinot Noir and 15% Pinot Meunier.

Golden sandy yellow, it is complex, precise and assured, with orchard fruits and hints of redcurrant, musky melonskin, yeasty-biscuitiness and a fine mousse; taut citrus acidity, some aged, nutty character and a persistent minerality.

Crisp enough for an aperitif, but will match well with seafood starters and roast guineafowl.

Email ThisBlogThis!Share to TwitterShare to FacebookShare to Pinterest
Labels: Champagne, France, The Co-op