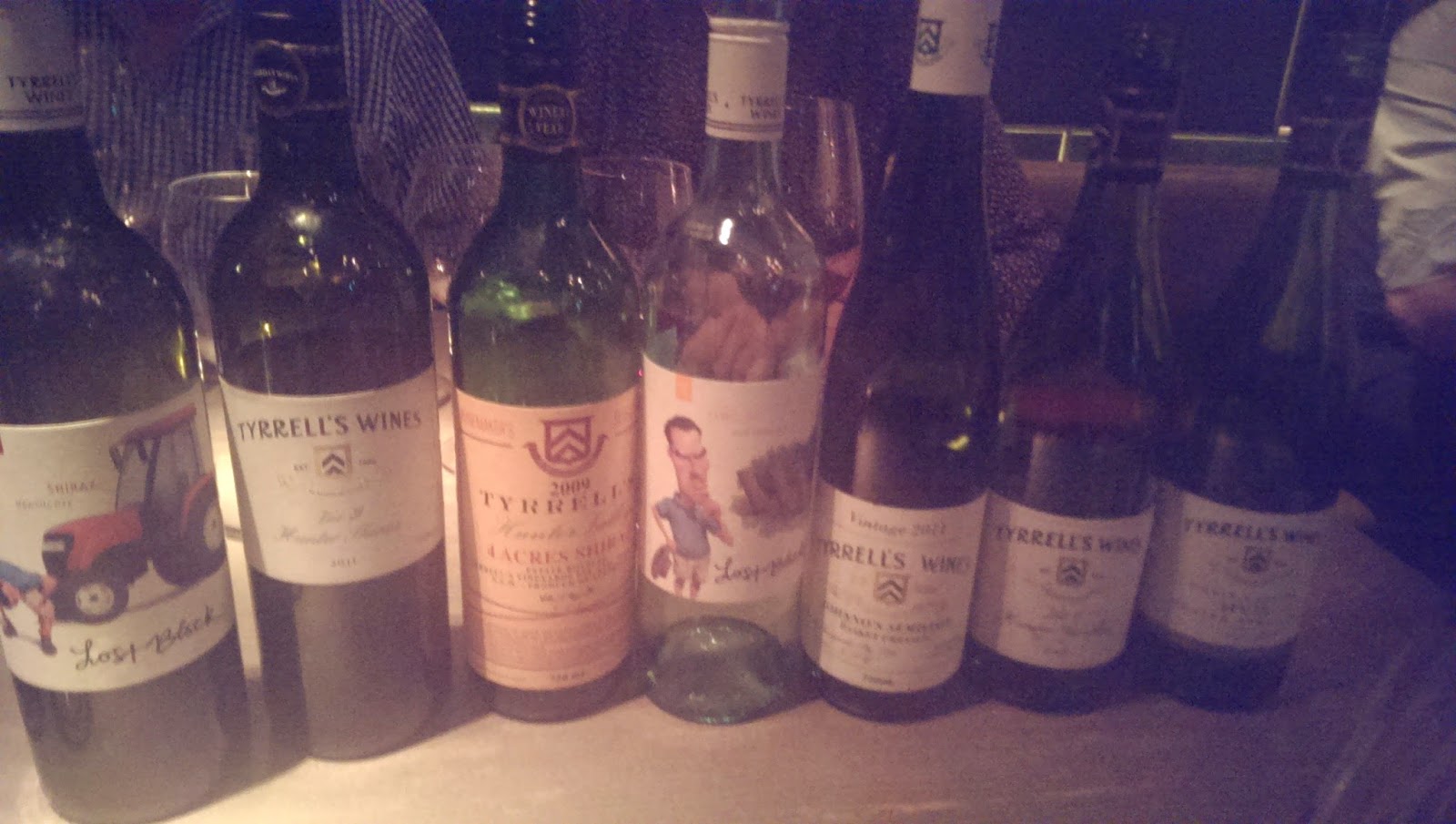 Dinner with Bruce Tyrrell of Tyrrell's Wines at Hakkasan

The future of Australian wine is to get fine or get big, says Bruce Tyrrell to me.
We are having dinner at Hakkasan, the upmarket Asian restaurant in Mayfair, with a selection of Bruce's wines. He is the 4th generation of the Tyrrell family to make wine and something of a hero of Australia's Hunter Valley.
Bruce dates the big push into vineyard plantings as the late 1960s - a combination of fashion, tax breaks and a stock market gold rush led to a sudden increase in the number of wineries.
Fast forward forty-odd years and the market is in quite a different place. Bruce believes that decade from now, Australia will no longer be an easy place for suppliers of mid-market cheerful quaffers.
At the bottom end, there will be industry consolidation into a small number of commodity beverage producers - at the top end, it will be all about fine wine.
The country that gave us varietalism, it seems, will fully embrace terroir.
Eighty miles north of Sydney, Hunter Valley is Australia's oldest winemaking region - some of Bruce's vines, on ungrafted rootstocks, are over a century old - and is the spiritual, if not original, home of Semillon. 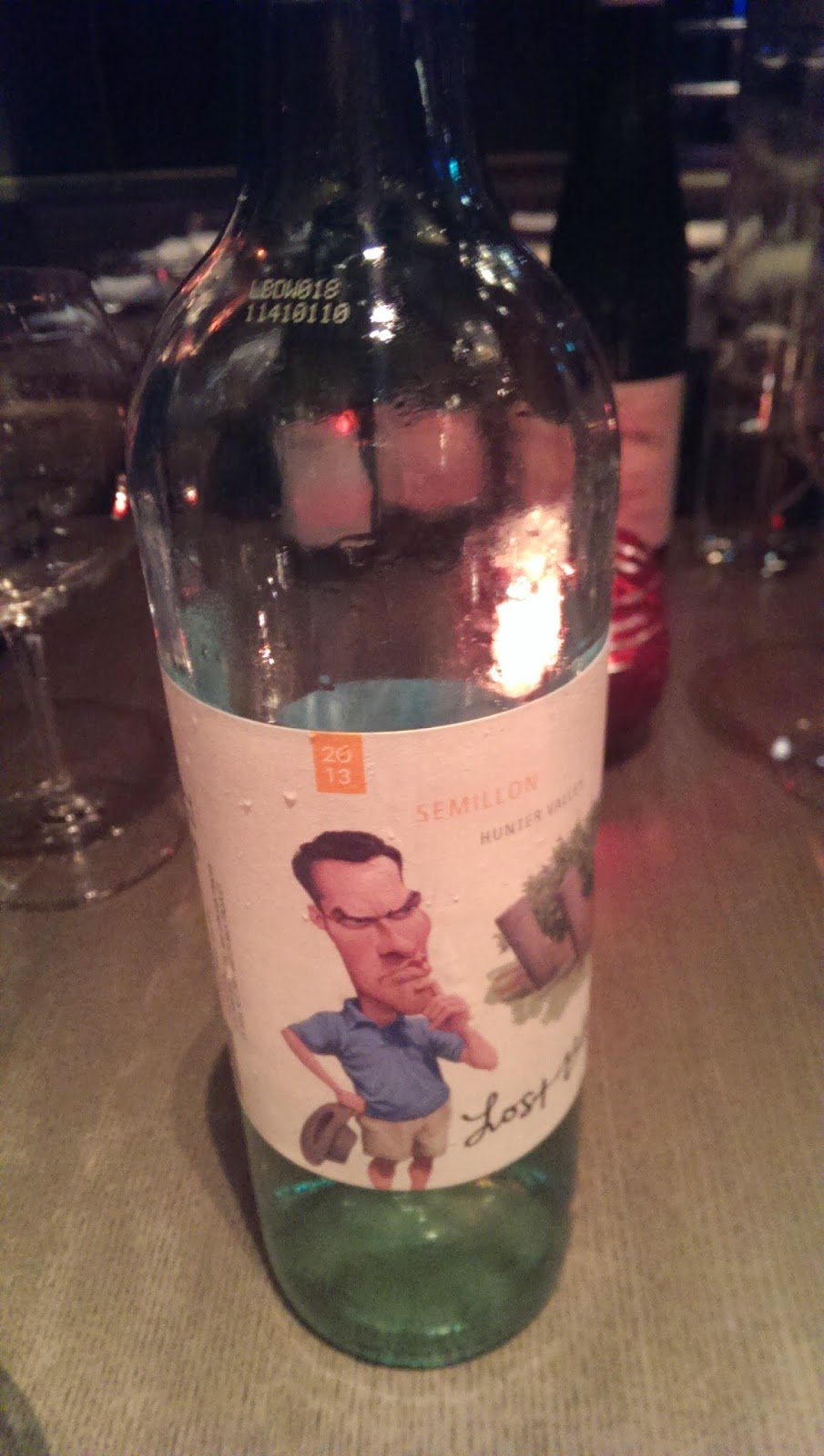 Hunter Valley Semillon comes in two guises - the old way was to age it in oak but these days it's all about unoaked freshness.
Snappy and fresh in its youth, Semillon ages to a complex, lanolin waxiness with time. Hunter Valley Semillons are also surprisingly light, just 10%.
If there's nothing else quite like them in the world, they are perhaps best described as resembling distant cousins of Vinho Verde and Mosel Riesling. 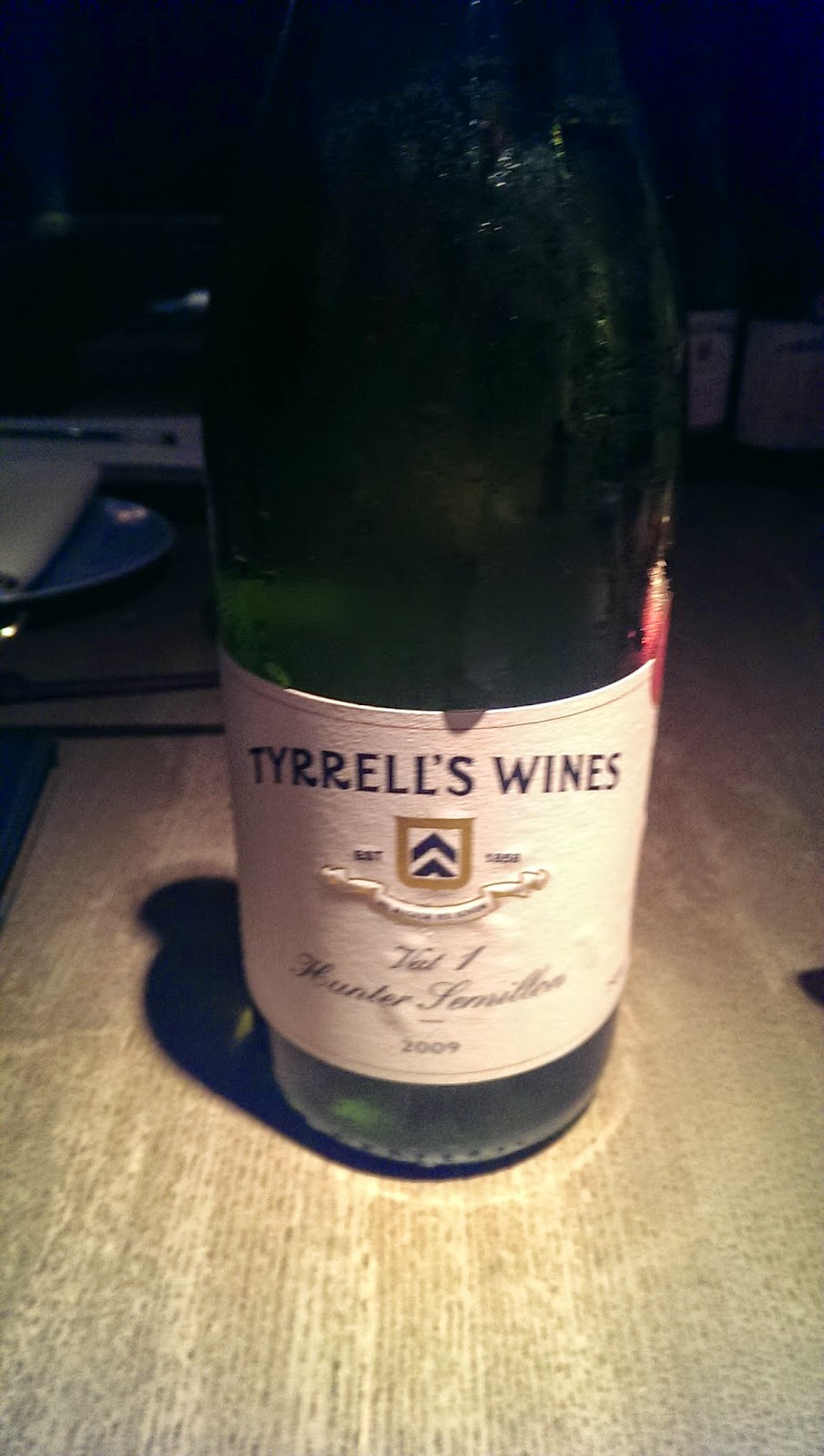 Zippy enough for an aperitif, they also stand up to the strong flavours of the Pacific Rim food of Hakkasan.
We choose a mixture of meat and fish and tuck in.
The entry-level wines are fresh and precise with zesty grapefruit; in better years they feel more generous yet still taut, whilst the top wines add an assured, complex, flintsmoke-mineral texture. 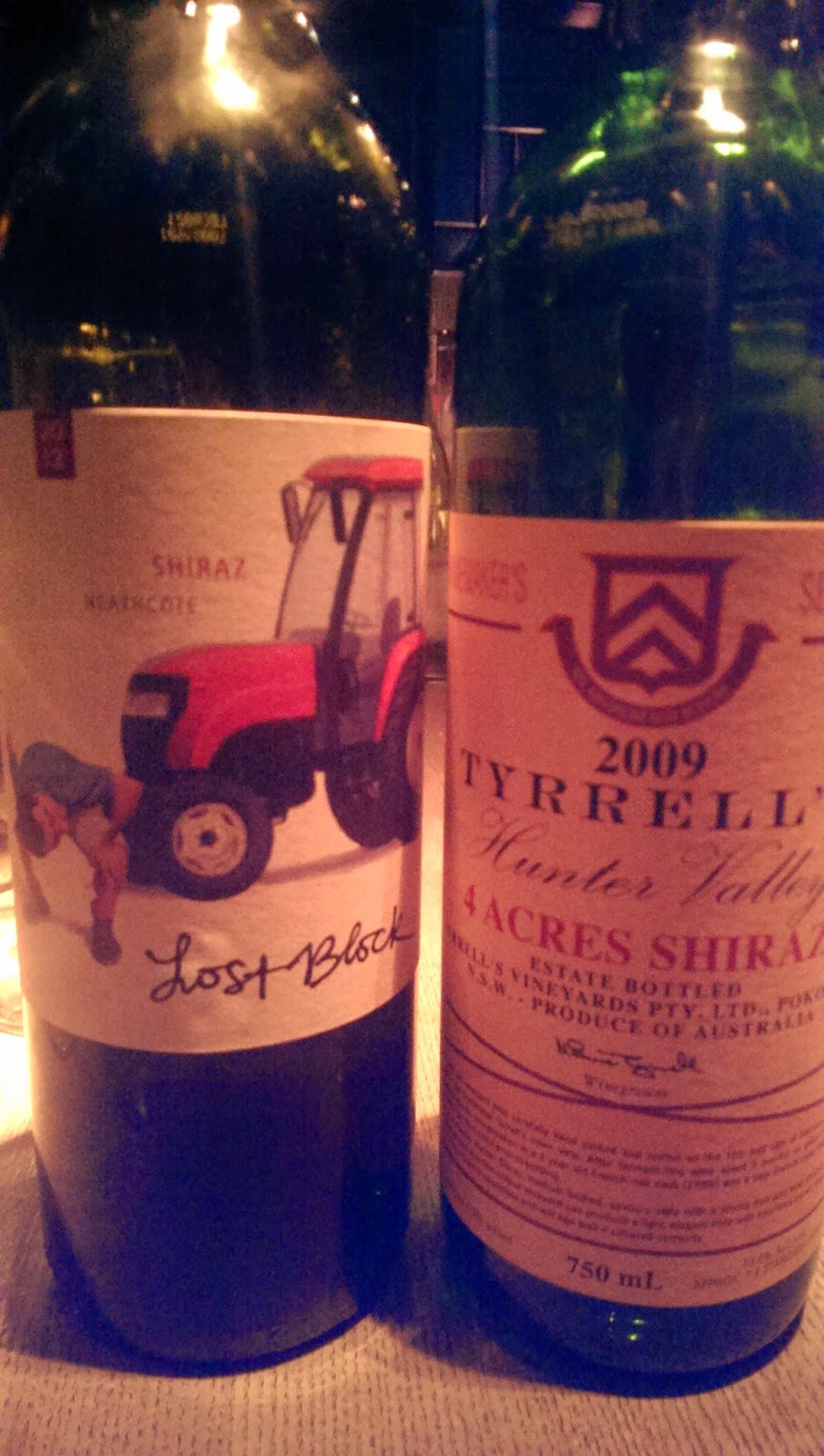 For the heavier sauces, Bruce serves some of his reds - the Shirazes have a poise, freshness and precision that is more northern Rhône than new world with redcurrants, sour cherries and spicy black pepper amongst the ripe dark berries.
If the prices are also rather Rhône-esque, that only confirms Bruce's view that it's all about getting fine.
The wines
Lost Block Hunter Semillon 2013 - £14.49
HVD Semillon 2007 - £28.99
Vat 1 Semillon 2008 - £35.99
Johnno's Hand Pressed Semillon 2011 - £62.99
Lost Block Heathcote Shiraz 2011 - £14.49
Four Acres Shiraz 2009 - £62.99
Other related articles
Sarah Ahmed's review of the evening
The Matthew Jukes 100 Best Australian Wines Roadshow