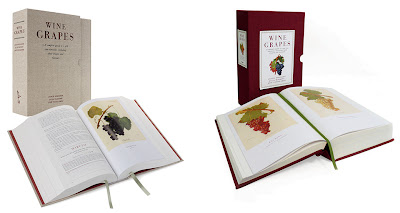 The Circle of Wine Writers' presentation of rare grapes by José Vouillamoz left me with more questions than answers.

The questions were, of course, all rhetorical and aimed at myself - how I feel about wine, about homogeneity and obscurantism - but they were unresolved.

Dr Vouillamoz gave a presentation of 12 of the rarest grapes in the world - starting with a Versoaln from Switzerland that has just 350m2 under vine and ending with a Kisi from Georgia with just 50ha.

To have so many rare / borderline extinct grapes at a single tasting is perhaps a once in a lifetime opportunity but for me, something was missing. 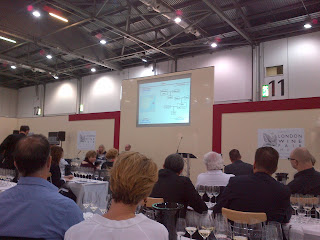 Two questions from the audience were the lightening rod for my nagging sense of disquiet - one attendee noted that grapes become obscure either because they make bad wine or because they are hard to vinify; as all the wines tasted were good, was the difficulty for the wines we had tried in the making of the wine ?

A second person added that these wines taste palatable must be due in part to modern methods of wine making that a century ago would not have been available, so what we experienced must have been very different to how the wines had historically tasted.

As can be expected, all the wines were indeed good - yet, whilst not mainstream, they were generally recognisable, almost familiar in style. My tasting notes do not contain any especially unusual descriptions and had I been given them to taste blind, I would not have had any sense that they were amongst the rarest in the world.

So, is rarity and obscurity of itself a good thing - and if not, does that inevitably make homogeneity a good thing ?

If there is a reason why we listen to Mozart more than to Salieri these days, it is the same reason as why the dinosaurs died out.

If Chardonnay and Cabernet Sauvignon are the Mozart and Beethoven of wine, does that make these rare grapes obscure dinosaurs with no reason to exist any longer ? Is my glass of Grk merely a museum-piece curio, a fossil relic from an earlier age ?

And yet, over-familiarity with, say, the opening bars to Mozart's 40th symphony or Beethoven's 5th symphony renders them dull and predictable, part of the aural furniture. We demand variety as well as quality and predictability.

It would be nice to argue that these grapes represent a sense of individuality, a refusal to conform to modern global standards - and yet, whilst perfectly good and interesting, they had none of the challenging wackiness of wines made from far less obscure, in some cases quite mainstream varieties.

To me, the obscurity of the grape variety is a chimera - it is but one piece of the puzzle and the human story of how the grapes are grown and the wine made and aged is its fascination. 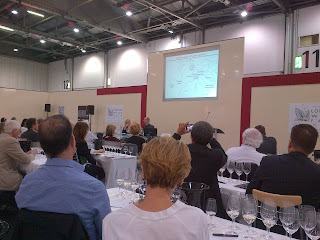 In its ambition - the breadth of tasting twelve obscure wines from different regions and countries - the presentation perhaps lost a chance to provide some depth, the stories of the wines.

For it is one thing to preserve a grape variety, but it is another to understand that variety's heritage, to pass down the story of what it is and why from generation to generation.

Like assimilated urban immigrants, these wines had some back story, but ironically did not show enough individuality and character to enthuse me about their continued survival.

Character, where it was evident, came more from production method than from the innate qualities of the grape.

So whilst the grapes were obscure, the wines themselves, generally were not.

The conclusions I come to are:

- the character of a wine comes as much from its geography and how it is made as from the grape variety; there is an historic affinity between certain grapes, regions and production methods (sherry, ripasso, vin jaune, Champagne and so on) that gives a heritage to a wine. Together, these are what give a wine a sense of place and individuality.

And so it comes back to the people behind the wine and the choices they make - to choose to plant a certain variety in a particular place, to make it into a particular type of wine according to a certain method.

The story of the grape, its origins and parentage, can only ever be a part of the story of a bottle of wine and perhaps wines made from the rarest of grapes have an in-built disadvantage here; for the greatest grape varieties have a versatility that permits endless, subtle distinctions that grapes grown only in very limited quantities are unable to display.