The Wines of Jura - An Overview

Jura, in Eastern France (not to be confused with the Scottish island of the same name - or indeed any of the other Jura references to be found on wikipedia), is a place of strange grape varieties, unusual wine-making techniques and challenging wines.

Not for the faint-hearted then. 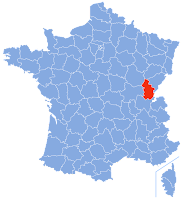 From the outside, at least, Jura seems stuck in an oenological time-warp with its own ways and traditions that owe little to contemporary wine-making.

An oddity with a complex history, Jura is mountainous but not alpine, gives us the word Jurassic and formed part of the Free County of Burgundy (not to be confused with the Duchy of Burgundy).

Its nearest wine-making neighbour remains Burgundy, and it does seem to share some at least superficial characteristics with that region - the reds are pale and light, the whites big and often oaky.

And although you will find some Burgundian grapes here, Jura generally specialises in varieties that are grown nowhere else.

So what is Jura wine like and why is it so challenging ? 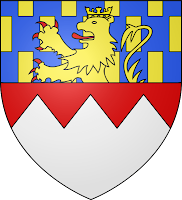 Whilst the general rule of thumb for Jura seems to be that everything is at best unfamiliar and more often the exact opposite of what wine-making convention deems usual, here are some specific pointers to what I think makes the wines different, based on a tasting of Jura wines I attended at the weekend.

The tasting was organised by Jura enthusiast and part-time resident, Wink Lorch, and held at Adiva restaurant in London's East End, with Riedel tasting glasses provided courtesy of Sensible.

The grape varieties grown here are mainly ones you've never heard of; reds are mainly Poulsard and Trousseau, whites are Savagnin, none of which are widely grown anywhere else to my knowledge.

There is some Chardonnay and Pinot Noir, but even these won't seem familiar due to the next point.

Whilst contemporary wine-making generally looks for as little air contact as possible between pressing the grapes and drinking the wine, in Jura, the wines are made oxidatively - that is, in contact with air - so that the fruit aromas die off and you are left with aromas of brown apple flesh, roasted nuts, old leather and generally something rather sherry-like.

Unusual grape varieties and wine-making techniques result in unusual styles of wine and flavours: the reds are light, delicate and rosé-esque, tasting of allspice and toffee apple and can either be sipped as they are, or matched with white meat such as roast pork.

The whites, by contrast, are bigger and heavier, with no overt fruit but rather, developed, oxidative aromas and a grippy finish that positively demands food to match; whilst the lack of fruit / oxidative style perhaps actually makes them more versatile as food wines.

As a result, in another break with convention, we tasted the reds before the whites. 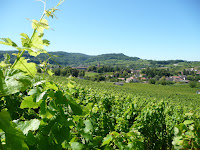 A full list of my tasting notes will form a separate post for anyone intrigued enough to want to know more.

At this point, suffice it to say that you are unlikely to be convinced by your first bottle of Jura wine - or even by your first day spent in the region. After a few days - or a half-case, depending on where you are based - you may start to understand the wines and from there even begin to develop a fondness for them.

As for me, I feel that tasting 15 or so wines at once was enough to understand Jura and its key characteristics. And if I have not yet fallen in love with them - and some are certainly more challenging than others - I would happily try them again. Ideally in situ with some local food.

Failing that, I'd drink them on Arnold Waldstein's rooftop terrace in Manhattan where he likes to indulge in the occasional bottle of Jura wine with Rob Tebeau who also knows a thing or two about these strange beauties (see Rob's Jura reviews here).

For Heather Doughty's take on the evening - see here: http://heatherdougherty.blogspot.co.uk/2012/06/jura-its-france-jim-but-not-as-we-know.html