There seems to be a strong tendency for those who practise in the legal profession to have an appreciation of good wines and I have long wondered why this is the case when my own profession, Chartered Accountancy, does not typically produce wine writers or enthusiasts to anything like the same degree.

I got the answer to the first part of the question from Marc Allen of unwined.tv, himself a trainee lawyer, who explained that lawyers enjoy being the centre of attention and like to fashion a cohesive, persuasive argument from a series of disparate facts.

I mentioned this assessment to a colleague who dryly noted that lawyers and journalists are cut from much the same cloth, before noting that they enjoy very different pay rates, however.

A linguist by education, I am perhaps not a typical accountant and am not overly interested in the technical side of accountancy - rather, I look for the story that the numbers are telling me and from there establish what is working well and what needs to be done differently.

However, having worked in finance for almost two decades, certain habits and ways of thinking have become deeply ingrained.

It occurs to me that my approach to wine assessment is very similar to how I take financial decisions - when I review a wine, I methodically work through the various elements - nose, palate, finish, structure and texture - in effect carrying out a wine audit, reviewing all the mass of information and checking all the details before coming to a conclusion.

As a result, my tasting notes have perhaps something of a standard, predictable structure which may or may not be a good thing. 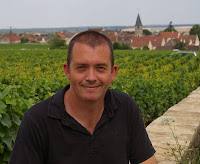 Jamie Goode posted an article recently about the poor quality of tasting notes; the reason the standard is so low is presumably because consumers in general do not care enough to make it an issue - it's not newsworthy enough for journalists to pick up on and it hardly affects people's decisions on buying, so no amount of journalistic hand-wringing will change this.

Improving the quality and reliability of tasting notes would mean moving to a more standardised approach with better but duller, less quirky results - a bit like the mass production of cars. 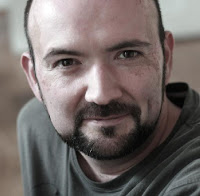 In another article, Robert McIntosh put forward the idea of some people being Hard Drives and others being Processors.

His basic thesis is that Hard Drives collect information encyclopaedically, whilst Processors are more interested in drawing useful conclusions from the information they come across.

I think he is getting at the difference between data, knowledge and wisdom.

If data is knowing the mean temperatures, average sunlight hours and picking dates in Bordeaux, knowledge is knowing that 2000 and 2005 were great vintages, whilst wisdom is perhaps knowing that the price of First Growth Bordeaux is overinflated due to "the China Effect" and Second Growths can achieve almost the same levels of greatness as a First Growth at a fraction of the price.

Years ago, before wine blogs, google and Wikipedia, data and knowledge were scarce resources and there was a value in just knowing large amounts of information.

These days, that sort of information is available in previously unimaginable quantities with just a few taps of an iPhone.

As a result, the value of unprocessed data has declined for the mass audience whilst the value of wisdom - including the ability to cut through vast swathes of information and get to the nub of an issue - has increased.

Discussing this with him online, Robert's own analogy was his Baccalaureate studies in history - whilst A-level students learned facts, he was required to make use of information to fashion arguments in a way that I also did for my various literature exams in Greek, Latin, French and Russian.

And that sort-of brings us back to the earlier points: oenological criticism is not that different conceptually from any other form of criticism - be it Germaine Greer on literature or Jeremy Clarkson on the new M3 - and the ability to be a good critic and to write a sensible tasting note requires the same skills as are taught in English literature A-level - or were in the late 1980s at least.

Lawyers and accountants are not that different in their roles - both involve the ability to analyse large amounts of information methodically and form opinions.

Not that different from wine writing, then, either.