This evening, for a change, a colleague brought along two wines to our semi-regular, after-work Wine Club.

There was no formal review, we just drank a few glasses, but somehow I can't avoid the need to put my thoughts down.

He described them as "a couple of special NZ Pinots that he is very keen on" and we initially opted not to decant, based on my experience that Pinot does not improve with significant airing.

From the world's most southerly wine region, Central Otago, this Felton Road Pinot is purple in the glass with a typical Pinot nose of cherry fruit, mushrooms and a touch of undergrowth.

So far, so textbook.

The palate again shows red and black cherry fruit, and truffley aromas and whilst it all feels very balanced, accomplished and pleasant, it does not really make my heart beat faster.

It improves with some air, but remains firmly in "good, pleasant, well-made" territory.

I hazard a guess at the price being high teens, maybe low twenties and am taken aback at the actual figure of £33; it's just not that good - to me, at least.

The faults - if they can be called that - are stylistic rather than technical. With 14% alcohol (despite its cool-climate origins), it seems overly fruit driven and a bit lacking in textural interest. Perhaps it's my Old World bias, I've had Burgundies costing under £20 that I've preferred.

It is, however, very well received by Wine Club attendees with no reservations whatsoever. 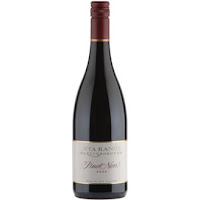 Since the first wine improved with some air, we pop this Ata Rangi in the Company Decanter and then sample.

Although the grapes for this are from much further north in Martinborough, it has the same 14% alcohol level.

Sealed hermetically under screwcap, it nonetheless shows signs of age, being a deep brick-red colour throughout.

The nose is again a typical Pinot mix of red berry fruit, cherries and undergrowth, but it is much more complex overall.

The palate has the soft yet mouthfilling texture I look and hope for in a Pinot; it is textbook in both the sense of 1) varietal typicity and 2) no faults, either technical or stylistic.

The palate shows some (rather atypical) eucalyptus notes and there is some sweet vanilla spice, along with more grip and a longer finish.

Overall, it is an altogether better, much more accomplished and interesting wine, by a factor of, very roughly, 50% to 100%. So I am pleasantly surprised to learn that it is only a few pounds more expensive at £39 and based on that metric, it is much the better value of the two - in relative terms.

As to whether it's worth its £40 price tag, I'm not sure I'm completely convinced, but it is again well-received by all at Wine Club.

Personally, I have something of a principled objection to a Pinot with 14% alcohol - it feels rather like turning up at the ball with just a bit too much make-up and cleavage. For sure it gets you noticed, and yes it's theoretically more of what we like, but it's not the classiest of looks; "snog", rather than "marry".

Yes, I'd dance with this wine - I'd even take it on a few dates (albeit, they wouldn't be cheap ones). But I don't think I'd be phoning Mother CWB with instructions to start looking for a new hat.