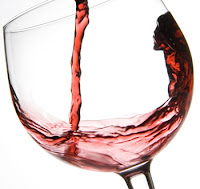 The recent Wiseman ‘Study’ experiment showing that people apparently can’t tell the different between cheap and expensive wines - reported in The Guardian (here) and The Telegraph (here) - generated lots of useful column inches for the science festival at which it was conducted and saw lots of ordinary punters immediately weighing in with their bar-room views.

More considered opinions came from two wine writers and their approaches very much reflect their respective backgrounds; Jamie Goode, a science PhD, looked behind the story to assess (and dismiss) the validity of the experiment itself (here) whilst Jancis Robinson wrote about relative value in wine and how certain wines can show better than others at different stages of their evolution (here).

By contrast, with my international background in marketing services, I have tended to look at this in terms of what it says about us as a nation of wine consumers.

Like both Jamie and Jancis, I felt instinctively that the experiment was flawed, or at least not particularly robust, but it also seemed to me that people were drawing wrong conclusions.

There was an unspoken implication in the articles and many subsequent comments that cheap wine is no different from more expensive, whereas the more accurate conclusion is that Brits are unable to tell whether a random sample of a wine is either cheap or expensive.

From this, we can draw a number of conclusions about Britain as a nation of wine consumers.

Firstly we are predominantly a beer country, not a wine country; that is, with certain exceptions, we have no significant wine-producing industry and generally our traditional food is beer food rather than wine food (pies, fish & chips, curry etc).

Wine countries are places like France, Italy and Spain where wine is significant in terms of volume, quality, range and cultural relevance. It is worth noting that there are a number of decidedly “intermediate countries”, such as Austria and Germany which have both a wine and a beer culture. Perhaps the same is true of Australia, too.

Based on all the criteria of volume, quality, range and cultural significance, I suggest that the UK, the US and China, for all their interest in wine at a certain level, are not wine countries.

We do not grow up with wine as part of our culture in the same way that the French, Italians and Spanish do, thereby developing an intrinsic appreciation of what makes a good wine and what does not.

Our traditional recipes feature beer, not wine, (think steak and ale pie, beer-battered fish) and when we do buy wine, it is generally from supermarkets which deal only in large volume, mass-market, heavily-discounted shelf candy.

As a result, it sometimes feels like, in this country, there are two sorts of wine that people know about; the vastly expensive wines that bankers drink in posh London night clubs to celebrate their latest deal and supermarket plonk / pub Pinot Grigio for ordinary folks.

It strikes me that beer countries seem to treat wine appreciation as a competitive sport - scoring wines, assessing them, ranking them - and an appreciation of wines there can feel more like an indicator of social status; think Robert Parker and his Parker Points, the Chinese obsession with first-growth Bordeaux and you get the idea.

On my travels around, and time spent living in, the wine-producing countries of Europe, I have never come across such competitiveness around wine appreciation as I have in the UK; but I have also found that the French, Italians and Spanish also generally tend to know a good wine when they try one in a much more instinctive way than we Brits.

Matthew Jukes recently said to me that Britain is the best place to be a wine writer because as a nation we have to import pretty much all our wine and therefore have a much wider range of styles, grape varieties and places to choose from - there's no wine blogging industry in places like France or Chile because they just drink their own wine and get on with it.

The other side of that observation is that can make learning about wine for the enthusiastic novice in the UK much harder - and indeed rather daunting - as we have no "house style" of wines, no obvious starting points.

As Mr Bouquet observes in this article "New to wine, I was suddenly faced with the average supermarket carrying X brands, Y grape varieties from Z countries. Not easy is it?"

Unlike wine countries, the UK also does not have a tradition of matching food and wine - as GianPaolo Paglia explained to me, in Italy, wine is seen as a food, as a complement to the rest of the meal and I know from experience that the Italian stereotype of long lunches with food, wine and conversation can be quite true.

If you grow up in this sort of culture, where food, wine and company are all part of the social culture, it's impossible not to end up knowing what a good wine is and what isn't – and if you don't, then perhaps it's not so surprising that wine appreciation is seen as competitive.

To me, this highlights the need for greater wine education, rather than providing damning proof that more expensive wine is no better than plonk.

As someone who has been an enthusiastic wine drinker for many years, I know from experience that more expensive wines can be more challenging and, to a novice accustomed to crowd-pleasers, can seem less enjoyable than a cheaper wine.

Learning to appreciate a good wine is a process of self-education, it's not something that we are born with an ability to do, and as I wrote in an article about blind tasting (here), telling wines apart requires a bit of experience.

As a final thought, it is interesting to note that a traditionally tough and chewy Bordeaux fooled far more people than the far more widespread and popular Pinot Grigio - conclusion ? People can perhaps make more accurate judgements about what they know.