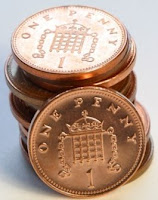 When buying a bin-end wine for 25p, one's expectations are pretty low - hopefully, it's at least good enough for the cooking.

On opening, it has an earthy, yeasty toastiness on the nose and a pleasant lemoniness on the palate. Also on the plus side are that it's balanced and restrained. It pretty much goes without saying that there's not much in the way of complexity - texture and finish are pretty minimal too.

So, what there is here is enjoyable enough - there's nothing bad; it's just that there isn't much at all. I've had worse - usually at works' Christmas parties - but after a few mouthfuls, I decide that the rest can go in the cooking sometime and reseal the bottle.

Out of curiosity (I've never had Airén before), I sample it a couple more times over the next few days and, amazingly, it improves - after five days in a cool kitchen (it's currently winter in Cambridge), it develops a pleasantly minerally backbone, rather like a reasonable Muscadet.

It's still no show-stopper, but worth every one of the twenty-five pennies it cost me - realistically, I'd happily pay around four quid for this.

Finding the Bodegas Juan Ramirez website (see links), I see that some of their wines are prize-winners, but there is no mention of this one - the bottle itself has a plain "white-label" front and no back, so it is probably some kind of prototype trade sample.