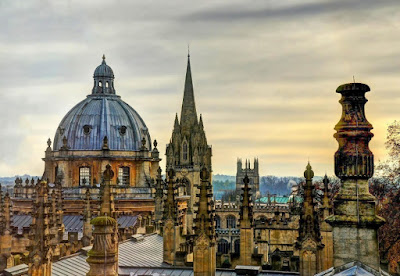 Entering Oxford, I wondered if I might have to show my passport; I've lived in Cambridge for longer than anywhere else and it is fair to say there is a degree of rivalry between the two cities.

I've always characterised the two places thus: as a city, Cambridge is nicer, but as a county, Oxfordshire is more interesting.

Oxford is the slightly larger of the two; everything is on a grander scale and with more of it: two rivers, rather than just one; a more-extensive leafy suburban hinterland; wider streets, bigger parks and a larger city centre.

Cambridge has long struck me as a cosmopolitan global city, up there with London and NY - albeit a tiny one that retains its mediaeval street layout; it is essentially a grand university and vast teaching hospital-cum-research campus with an provincial fenland market town wedged in between.

Oxford feels more like a well-to-do, upper-middle-class, southern English town that happens to have a university in it. Its colleges feel more shuttered away and inward looking; in the city but not really of it.

Staying in central Oxford is not cheap, but there are various inexpensive hotels nearby if you just need a bed for the night and don't mind a short drive. Premier Inn and Holiday Inn will (at the time of writing) both get you a room for less than an AirBnB in the city.

Tourist cities are generally poor-value for eating out as they do not have to rely on repeat business. We headed out of the centre for coffee, cakes and melts at Jericho Cafe (Jericho is a Victorian hipster suburb a ten-minute walk from the centre).

The Killingworth Castle in Wootton is a 17th century coaching inn with its own beer range and a Good Pub Guide food award. 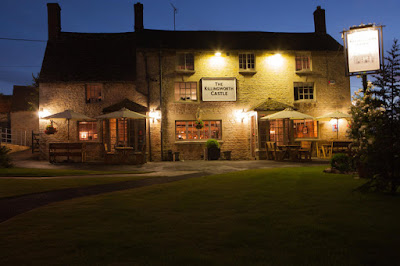 The Feathers in Woodstock also comes recommended, especially for its range of gins.

For more informal dining, Posh Fish in the suburb Headington does some of the best fish and chips in Oxford - with Bury Knowle Park just opposite, you can order and have an impromptu picnic on a sunny evening.

The only thing you need to bring is something to accompany it - in our case two Rhônes; a white Grenache blanc and a spicy red, both from Roaix. 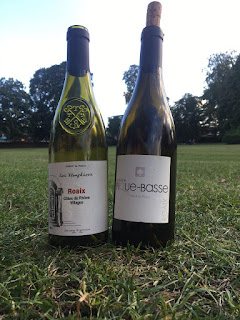 The main purpose of any trip to Oxford has to be to see the city itself and especially the colleges; there is plenty of all-day parking around the edge of the city and from there you can spend a day wandering around all the main sights which are well signposted once you arrive. 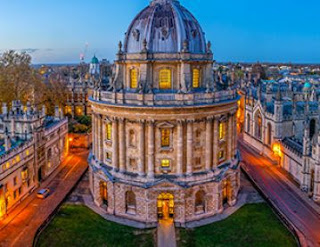 In Cambridge, the best way to see the colleges is from the river; by contrast, punting in Oxford will take you alongside parks and river walks.

There is a short, circular route past the botanic garden starting from the Magdalen Bridge Boathouse for novices and those pushed for time. The more adventurous can punt all the way down the Cherwell to the Thames - just take care not to get swept away to London and beyond. 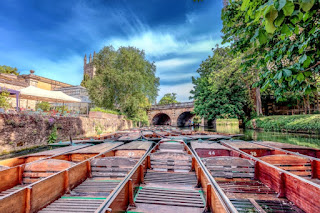 Beyond the city are Blenheim Palace and Gardens, birthplace of Winston Churchill, and next-door Woodstock with its wall-to-wall quaintness, as well as the Cotswolds themselves. 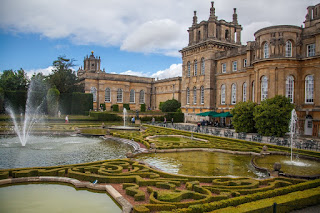 Email ThisBlogThis!Share to TwitterShare to FacebookShare to Pinterest
Labels: England, General / other