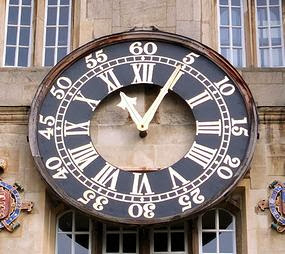 Cambridge is not like any other city I know - it is, in reality, a world-class, centuries old university with a small, nondescript fenland market town attached to the side.

It is the place where DNA was discovered and that it has been a temporary home to royalty, future celebrities and distinguished professors is due entirely to the "gown" rather than the "town".

Trinity College was founded by Henry VIII in 1546 and its current clock dates from 1910 - built in Derby at the peak of mechanical clock-making, it is highly accurate due to its double three-legged gravity escapement system; the first clock (still in operation in the nearby village of Orwell) was removed at the behest of one of the college's masters in 1726 to be replaced by the second clock, a Bentley, which did not fare well and was eventually replaced by the current clock. 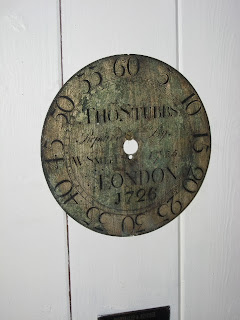 Meeting in the college's main courtyard below the clock at 5:45pm, we climbed the five flights of stairs with the Keeper of the Clock in time to see and hear it strike 6pm.

There are four sets of weights to be wound up - just one for the clock mechanism itself, then one for the quarter-hour chimes plus one each for the two sets of hour chimes.The Keeper of the Clock - with an academic's sense of humour - always gives the second set of hour's chimes an extra ding when winding; something to listen out for every seven days and six hours (being how often the clock is wound).

The children had a good go at winding the lighter weights but needed a bit of help with the heaviest (something over 200kg), whilst advances in modern technology allowed us to see just how accurate the clock is; it was running 2.8 seconds fast when we arrived, but the disturbance of our entrance into the clock area caused it to correct slightly. 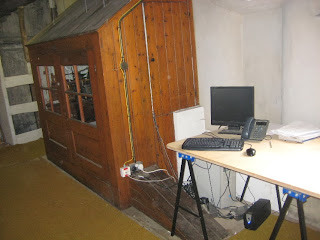 The factors affecting the swing of the clock's pendulum are too complex to be analysed so we cannot attribute the change to any particular factor - the changes in air temperature, density and pressure we brought, the ambient temperature and the physical vibration of us moving around all played a part.

After the winding of the clock and a talk, we headed back downstairs to the Keeper's room to look at various engineering toys reflecting his interests ("Dynamics Vibration Boomerangs Clocks ClimateChange Geoengineering Ch4 documentaries Dambusters, Escape from Colditz, Zeppelins - apparently).

A model of the clock revealed how it works, the children counted faces on and assembled various tesselating 3d shapes (tetrahedron, dodecahedron and icosagon), a liquid that boils at hand temperature is used to keep model birds rocking infinitely - it was like having our very own personal Reith Lecture and we felt like we could have stayed there all evening looking at and discussing quirky objects.

Cambridge is a small place - it can be pretty much seen in a weekend - so it is easy to become blasé about its charms. Yet every now and then, we like remind ourselves that what it has is truly world-class; it may be punting on the river or a trip to see the fan vaulting at King's College Chapel. Or it may be winding up a 100 year-old clock at a college founded by Henry VIII whilst chatting to a Professor of Engineering. 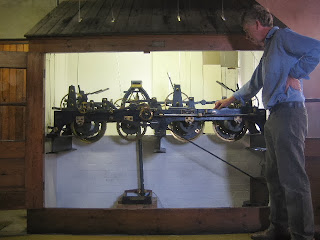 Other related articles
Cambridge's Museums
Punting, Fitzbillies and a Perfect Day Out